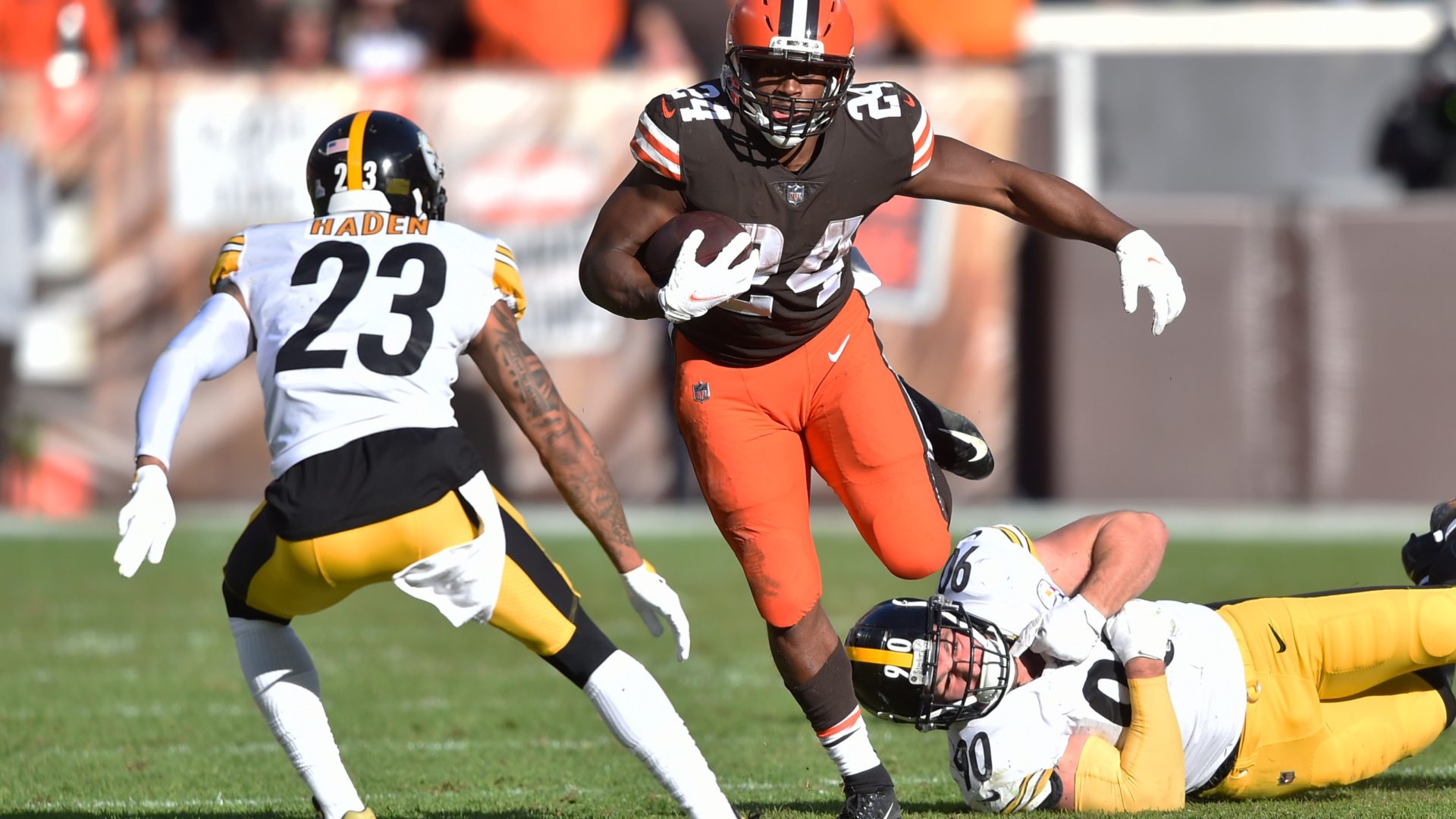 Nick Chubb gets the dream matchup tonight as we key in on his rushing line in one of our best props for Browns Steelers on MNF.

This is a rather obvious spot and maybe even a little bit square, but as we’re about to see, the matchup is about as good as, and we don’t see how we can pass.

Bet the Prop is also hitting 60% on its official NFL plays this year. Join us here to get full weekly slates of NFL props delivered to your device, including BTP’s NBA props, which are hitting 62%.

Props for Browns Steelers on MNF

The Steelers defense has become a massive run funnel, allowing both volume and frighteningly poor efficiency.

Teams are averaging -4% Pass Rate Over Expectation against Pittsburgh. Meanwhile, the Browns have a -4% PROE on offense, so everything is set up for another run-heavy affair.

There are some good backs on that list, but Chubb might be the best pure runner in the league and is in a good spot to become the fourth RB to hit the century mark against Pittsburgh in their last five games. 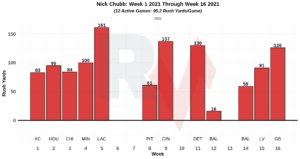 Chubb has had 91 or more yards in 7 of his 12 games and is going over his closing prop line on rushing yards at a 75% clip this year.

No, he didn’t get there in his first matchup with Pittsburgh, but that was a slightly stronger Steelers defense back then, one that’s been in a freefall ever since.

Could Kareem Hunt be back? It’s possible, but he only practiced for the first time in weeks this past Friday, and if he is active, I’d expect him to mostly take the field on passing downs and leave the rushing work to Chubb.

It’s always tough betting overs on these kinds of numbers, but this is a case where we feel it’s justified.

Industry projections have Chubb in the 97-104 yard range, and everything points to a productive night in a soft matchup.