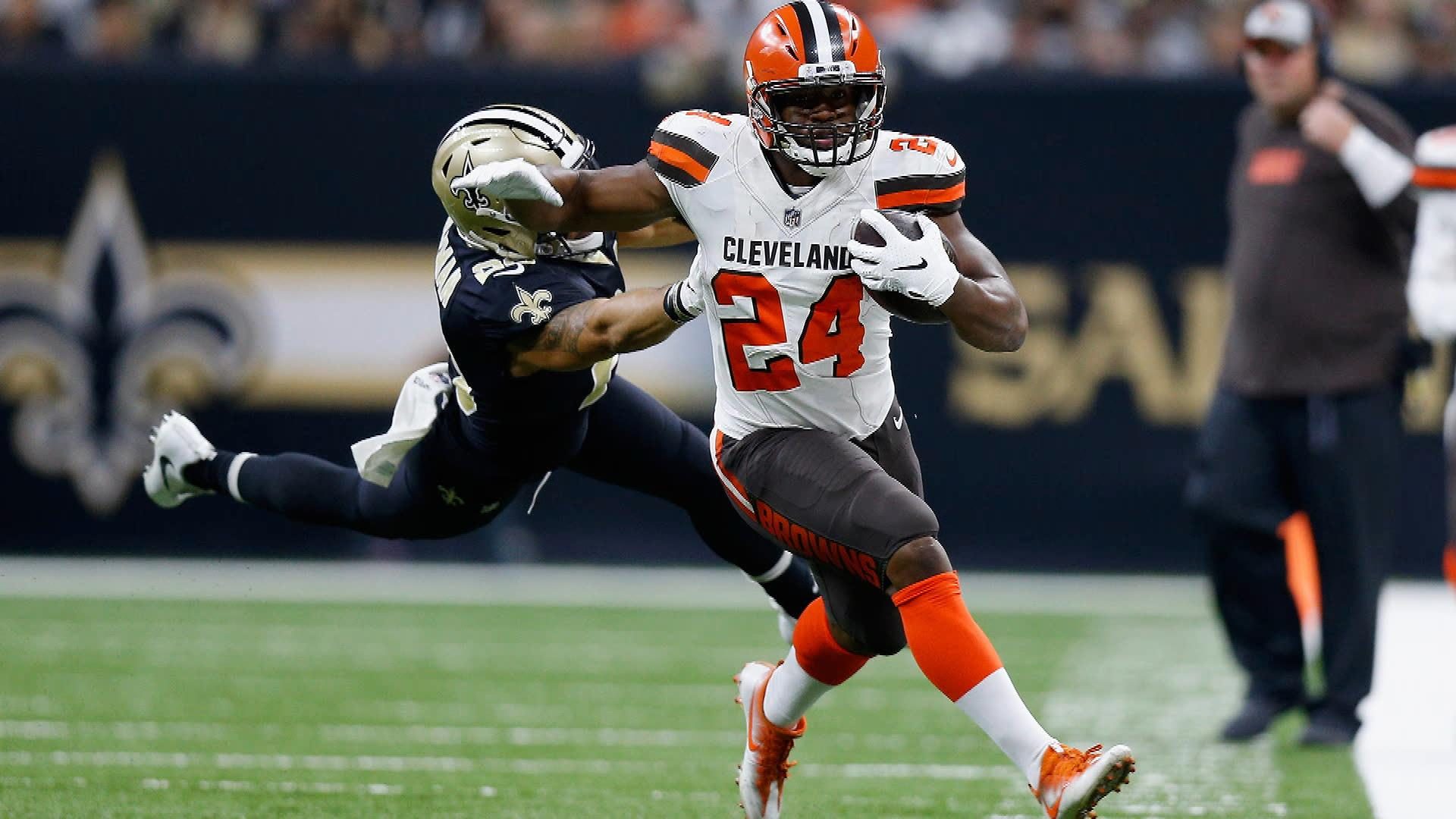 It’s the year of the rookie running back, and that’s where we turn our attention as we zone in on the best prop bets for the Broncos and Browns on this rare Saturday night affair.

Nick Chubb and Phillip Lindsay may have arrived in different ways, with one being a second-round pick and the other going undrafted, but both are now arguably the focal points of their respective offenses.

That’s especially true for Lindsay ever since Demaryius Thomas was traded and Emmanuel Sanders hit the IR.

Our prime time hot streak continued to start the week, and be sure to also check out our best Week 15 head-to-head prop bets.

This prop bet caught my eye for two reasons:

His 17 raw receiving yards against Carolina last week belies the fact that he’s surpassed Duke Johnson in the passing game. Chubb had a career-high six targets and four receptions in that game, and he averaged 39.3 receiving yards in the three games leading up to that.

He’s also putting pass-catching specialist Johnson out of a gig, commanding 12 targets over the last three week’s to Johnson’s nine.

The Broncos give up 43.5 receiving yards per game to RBs. Given their stout run defense of late (3.6 YPC over their last seven), scheming to get the explosive Chubb out in space would make a lot of sense.

I’d play this line to 24.5, but I wouldn’t be willing to pay any more juice at this current number.

Given that he still lives with his mom, Phillip Lindsay has gone ahead and made the end zone his second home lately, and the Browns are apparently more than happy to play good hosts.

The rookie sensation’s six rushing TDs over the past four games are the most among all RBs. Meanwhile, the Browns are giving up the second-most TDs on the ground and have been smashed for 11 rushing TDs over their last eight contests, including two against Christian McCaffrey last week.

In all, six different RBs have scored at least two TDs against the Browns this year.

And lest you worry that the Broncos prefer Royce Freeman near the goal line, chew on this – over the past month, Lindsay has five carries from inside the 10 compared to just two for Freeman.

-130 is the most vig I would be willing to play on this prop bet.