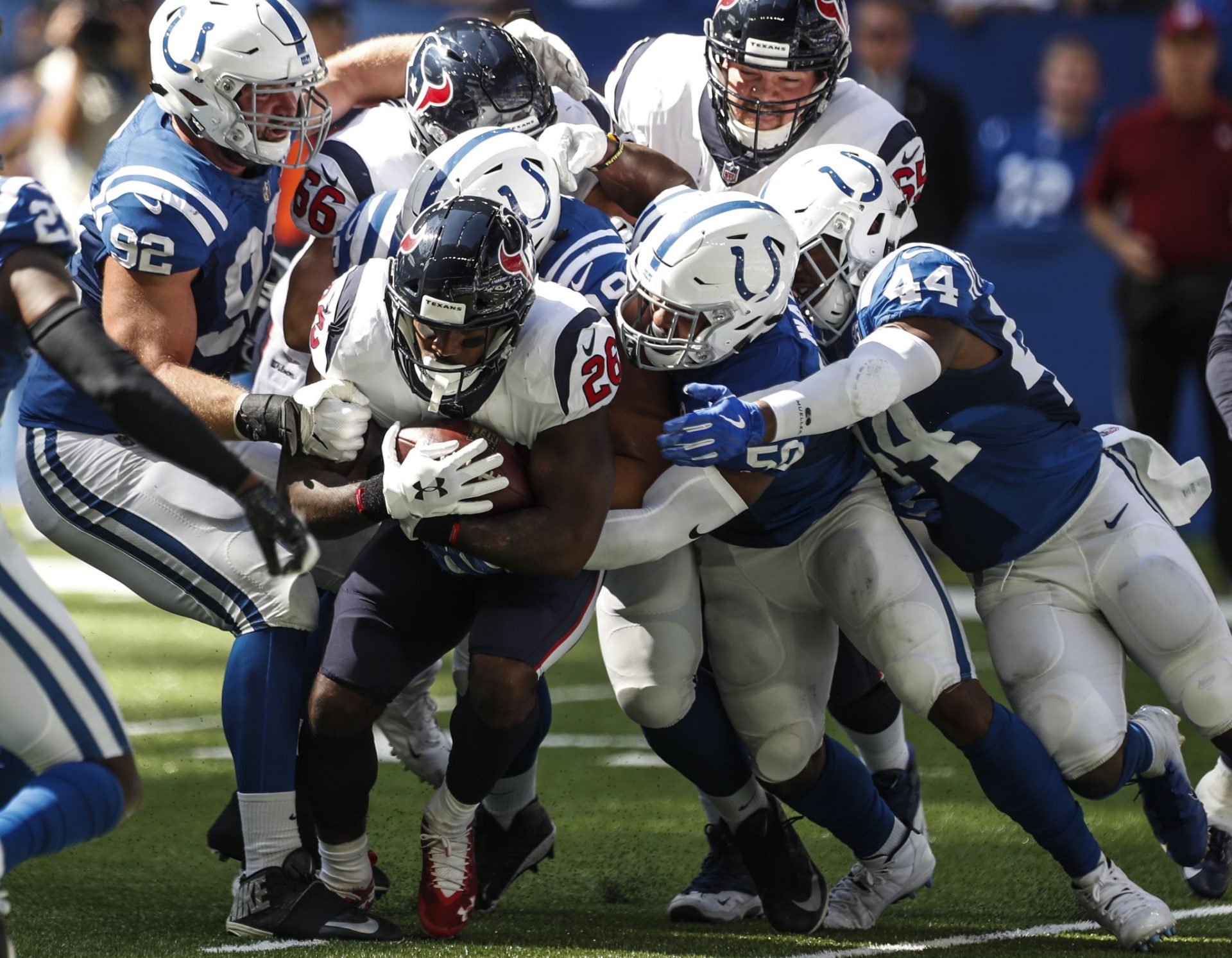 They say running backs don’t matter, and we’re betting on that with the player prop betting card we’ve got teed up for Week 6.

Several RBs popped to the top of the Props Tool this week, and I recommend keeping a close eye on it throughout the weekend as more prop lines are released.

We’re going to offer up one head-to-head bet in addition to several yardage lines, but you can find more of our best head-to-head props for Week 6 over at Bet the Prop.

Here are the overall records through Week 5:

Between battling a chest injury, and a backup in Alfred Blue who had 20 carries in Week 5, Lamar Miller may find himself in something of a time-share  this Sunday against the Bills.

After chewing up bottom-10 run defenses in New England and Tennessee in the first two weeks, Miller had totals of 10 and 49 yards over the subsequent two weeks.

The Bills are solid against the run, yielding the 12th-fewest yards and the 10th-fewest against opposing RBs, but this is more of a bet on diminished volume for a banged-up Miller.

With a projection of 48.1 yards is one of the best bets on the board according to the Props Tool, which gives it a Bet Quality of 10.

We’re over leveraged on fading Barber this Week, playing him in several head-to-head props as well, but this number is too valuable to ignore.

While Barber’s match up against Atlanta is good on paper, his carries have decreased in every week, bottoming out at seven in Week 4.

Not only will Tampa Bay need to pass to keep up with the Falcons on their home track, but Barber also now also has second-round rookie Ronald Jones breathing down his neck.

This is another wager with a perfect 10 rating in the Props Tool.

Check out the rest of our Week 6 player prop picks on The Action Network.