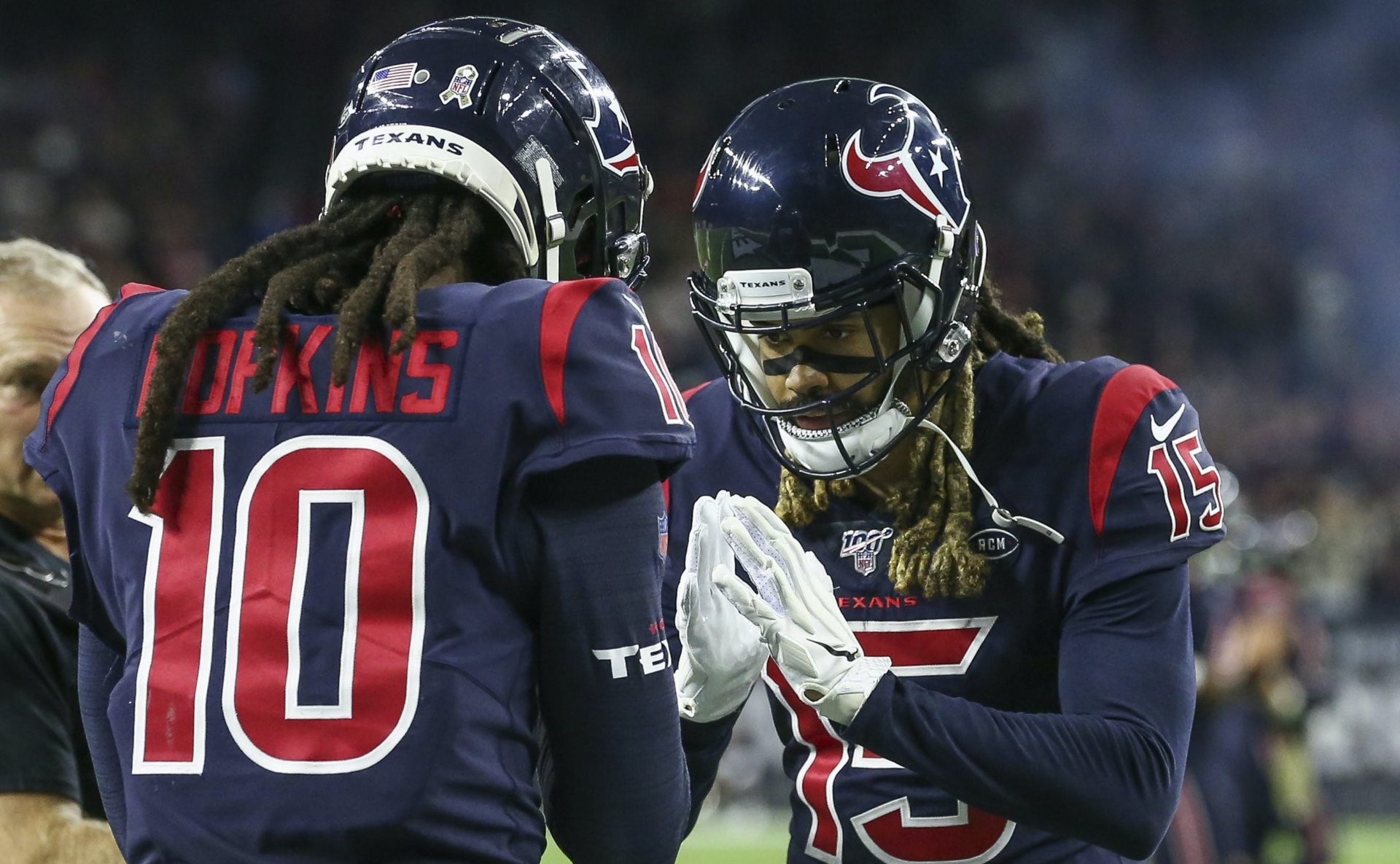 by Cort SmithDecember 1, 2019May 16, 2021
We're breaking down the best Patriots Texans props for Sunday Night Football as new England goes under the dome in Houston. There is plenty of potential play volume in this one -- the 69 average snaps per game these two teams combine for is tied for the most of any matchup this week. And while the point total of 46.5 isn't high in a vaccum, it is the fourth-highest total of the Week 13 slate. The Patriots are favored by just a field goal, setting up a tighter game script that we've been used to in their games. We begin tonight by targeting one of the highest-variance players to take the field tonight in Will Fuller, but we're betting that we'll see the downside of that variance in this brutal matchup tonight. And we'll cap it off with a strong lean on Texans RB Duke Johnson. We lost our lean the last time out after George Kittle went wild, but those article leans are hitting at 15-7 (68%) on the year. There aren't a lot of lines for this Sunday Night Football game at the time of publishing on Sunday morning. We'll be adding any +EV prop plays throughout the day for our subscribers -- join us here and get every pick alerted to your device.

Fuller shredded the Colts for the second-highest yardage total of his career with 140 yards on seven receptions last week. He played 90% of snaps and worked well ahead of Kenny Stills, providing that "boom" game that's made him fantasy-famous. Fuller still has plenty of "bust" in his range of outcomes, though, especially in this matchup. The Patriots have allowed: Despite allowing the 10th most targets to the position, New England has allowed the fourth-fewest catches. Stephon Gilmore gets all the glory, but Jonathan Jones has been a huge factor in those eye-popping figures. He's allowed a 45% catch rate when targeted, the fourth-lowest rate among all CBs and slightly better than Gilmore's 48% catch rate allowed. Jones is PFF's seventh-highest graded CB this year and will be tasked with slowing Fuller on Sunday night. And with Gilmore shadowing DeAndre Hopkins, Jones could get some safety help to ensure Fuller isn't beating them deep. I'm betting Bill Belichick has been plotting all week to ensure Fuller doesn't beat them. In two career games versus Belichick's defense, Fuller has lines of 3-16 and 3-31. And while he didn't miss any time last week, Fuller could be seen grabbing his hamstring a few times vs the Colts. He was also listed as limited in Wednesday and Thursday practices this week. Probably nothing -- but it's a  good reminder that he's always at risk of a soft-tissue reinjury.

Leans are unofficial plays for people who want a little more action on primetime games. I bet these personally but don’t have sufficient confidence to make them official public plays. Treat this Patriots Texans prop lean as entertainment and play it at your own risk.