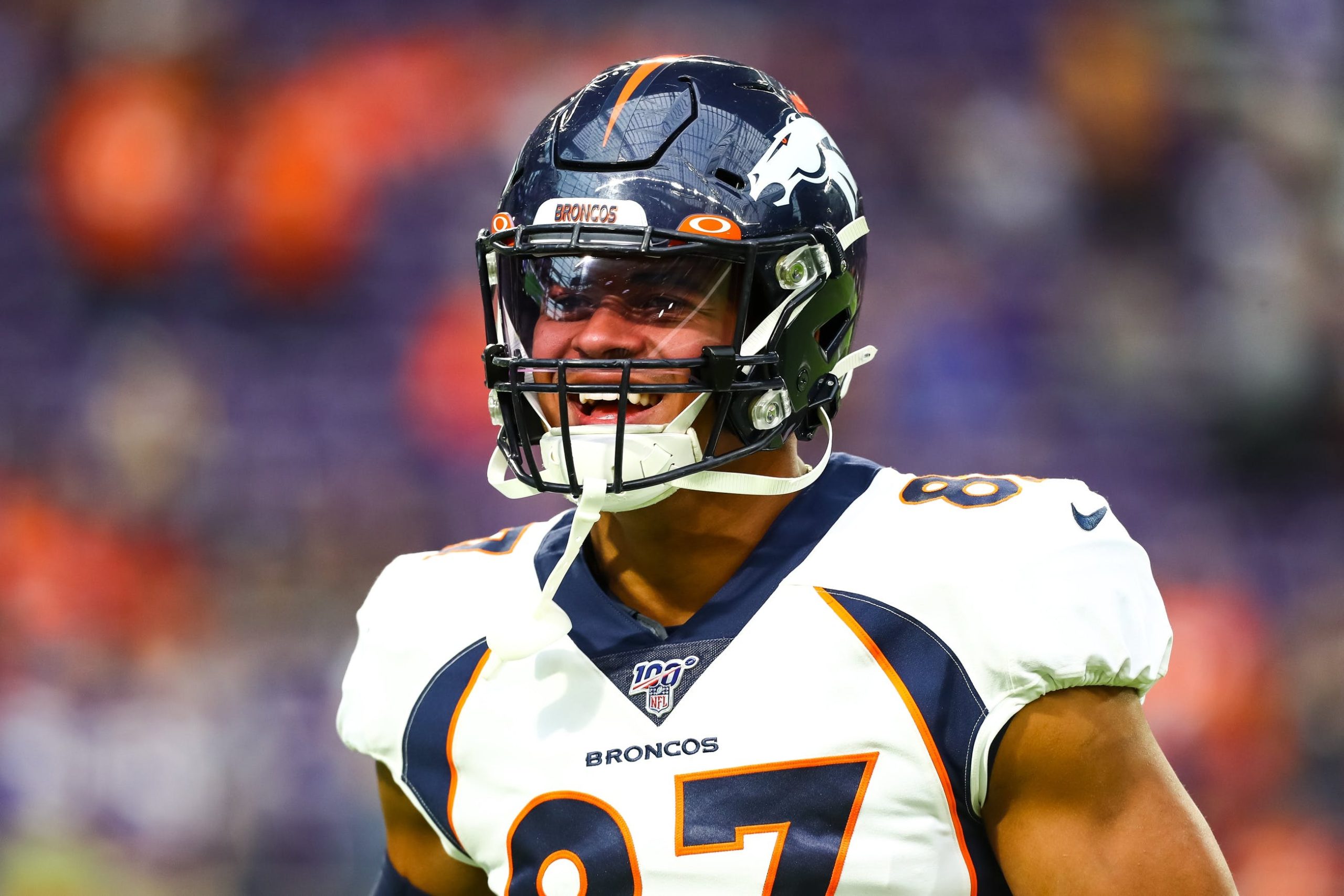 The Broncos and Bills kick off our look at best NFL props for Saturday’s slate, and it’s a spot that sets up well for Fant. Check back soon for our breakdown of the second tilt between the Packers and Panthers.

I’m a bit shocked by this line.

Fant’s over/under has consistently been set in the 37-43 range since opening day. According to our database, 37.5 yards was his lowest line of the season until now, and now it’s suddenly being set 10% lower than that?

It’s easy to see why his lines have consistently been set at 37-plus. Even including last week’s game which he left after five snaps with a non-Covid illness, Fant has gone over this number in nine of 12 with a median result of 45.5. 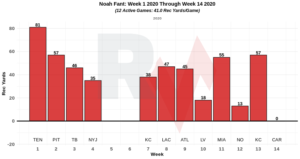 So why is this line sitting at 33.5? We’ll get to the matchup in a moment, but it certainly doesn’t stem from defensive challenges presented by the Bills.

I can’t help but feel prop traders are unduly dinging Fant for last week’s goose egg, which looks ugly in the box score but doesn’t account for context.

He put in full practices late this week and is expected to play without limitations on Saturday. Even with Fant missing most of last week’s games, the Broncos still wanted to keep their TEs involved, peppering fill-ins Nick Vannett and Troy Fumagalli with nine targets for a whopping 34% share of team targets.

That sets up well against the Bills.

When facing Buffalo, teams have targeted their TEs 23% of the time, the fourth-highest rate in the league. They also allow:

Combine that with a projected game script that has the Broncos trailing, and I would be surprised if this line of 33.5 was going to be one that made sportsbooks much money in the long run.

Projections peg Fant in the 41-46 range with an aggregate average of 43.9.

They’re bullish for good reason. There’s a lot to like about this spot, and I’d play it up to his normal line of 38.5.