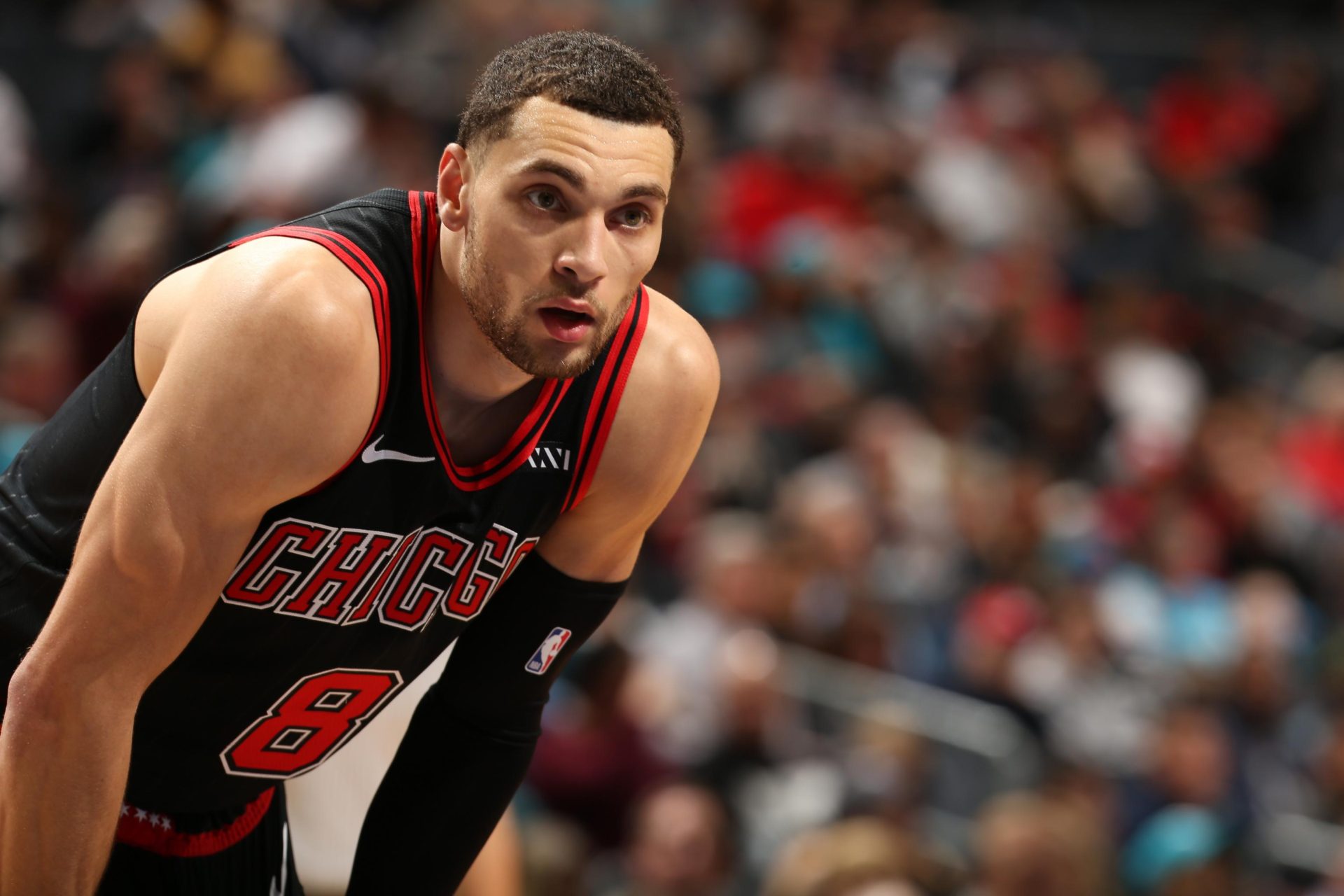 There are a few fast-paced games on the docket featuring some terrible defenses. Zach LaVine gets a match-up against one of the worst defensive teams in the NBA, and he has scored over 30 points in three out of his last four games.

Kevin Love is someone we usually avoid. We are 3-0 when betting his unders so far this season; however; he’s in a smash spot tonight against the Charlotte Hornets.

The industry loves Bradley Beal tonight, and for good reason because he is playing at an elite level this year. I have some reservations, however, and we’ll also analyze his matchup against the Chicago Bulls.

As mentioned, LaVine’s been hot of late, posting 30-plus points in three out of his last four. Over his last seven, he’s averaging over 19.7 shot attempts and 8.8 three-point attempts.

LaVine is averaging a career-high 7.6 attempts behind the arc this year, which is key because the Wizards are allowing opposing guards to make 6.1 threes per game over the last two weeks. This is a key stat because the Wizards struggle to guard the three-point shot, which is where shoots from a ton.

The Wizards currently grade out as the NBA’s worst defensive team with a league-high 116.7 defensive rating. The Wizards also rank 28th and 30th defensively when guarding a primary ball-handling scorer like LaVine.

The only two guards over the last week to not hit the 25.5 target are Williams and Rose, two guys who come off the bench.

The over/under in this game is set at 229.5 points, the second-highest total on the slate.

LaVine is in a prime spot to add his name to the long list of guards who pour on the points against the izards.

Before you stop reading, let me explain.

Kevin Love has been the victim of two straight blowouts, and the industry has overreacted and dragged his price down. Love is averaging 29.2 PRA, and this game against the Hornets is projected to be close. The Cavs are actually favored by three points, with a 213-point game total.

Kevin Love hasn’t been that bad this season. His FG% and his Effective FG% has gone up from last year. He’s averaging a single point less, but he’s also victim to playing on a bad team.

In the last five games where the Cavs have won or lost by 10 points or less, Love is averaging 34.2 PRA. In games that the Cavs hang around and don’t get blown out, Love is a vital part of their offense and has crushed his implied total all five times.

The Hornets are an improved team defensively, but they have not been good on back to backs. The oddsmakers believe that not only will the Cavs keep this game close, they’ll actually win, and the numbers support Love in these types of spots.

This is a spot where I am going against the grain.

Many people in the industry love Beal tonight, but the Bulls are no joke defensively. Over the last five games, they rank first defensively in the NBA. First. We highlighted their prowess against opposing point guards last week when we bet the under for Trae Young.

Beal played the Bulls four games last year and missed the targeted 42.5 PRA in three of those games. In his last game against the Bulls, he scored 19 points, grabbed 4 rebounds and dished out 2 assists.

To me, this is a really tough spot for Beal. It is a pace-down spot for him against the best defensive team in the league over the last two weeks.

I’ll take the under.