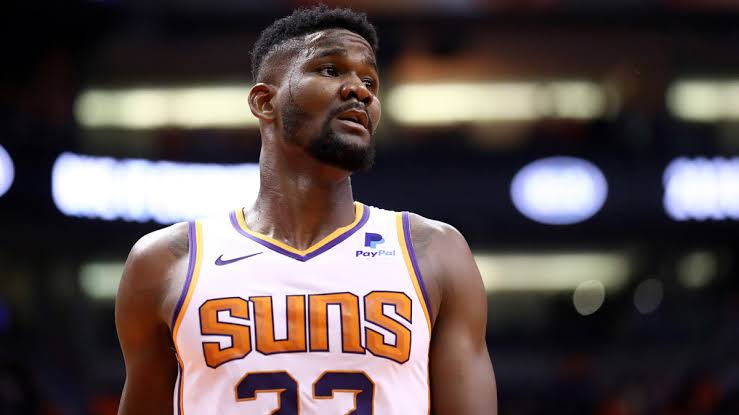 The NBA has loaded up their schedule with 12 games on the docket, and with plenty of options available, there are two NBA props we want to highlight tonight.

Deandre Ayton has been on an absolute tear lately and gets one of the best matchups on the board with the Indiana Pacers coming to Phoenix to take on the Suns.

Danilo Gallinari is not someone we target very often, but he’s in an absolute smash spot tonight against the Orlando Magic.

If you want even more NBA action, our premium Slack Chat is the place to be. We stay busy in there, and we are always grinding, giving out NBA props and talking strategy. The NBA is volatile, with late minute scratches, and our chat gives you up-to-the-minute updates on breaking news and how that impacts each player as new plays open up.

We’ll be launching new subscription packages which include tons of NBA props this week.

The Suns experimented with playing Ayton off the bench for a few games as they tried to ease him back from his 25-game suspension, but they quickly realized what a bad idea that was.

He’s averaging 35.8 minutes per game (MPG) over the last four since returning to the starting lineup.

Ayton gets a matchup against the Pacers tonight who are playing in their third game in four nights, with all three coming on the road. Indiana ranks 25th in the NBA defensively against Centers who can shoot, rebound and have a post game.

Over their last five games, they’ve only played three skilled Centers like Ayton, but have still given up 33 PRA a game during that stretch. They’ve also given up 37.66 PRA to Centers similar to Ayton:

Given Ayton’s spike in minutes and the Pacers ineptness in guarding players like Ayton, we love his spot tonight.

Gallinari has crushed this 19.5 target in six straight while averaging 25 points per game (PPG) and has been the Thunder’s leading scorer during that stretch.

They travel to Orlando to take on the Magic, who are giving up 26.8 PPG over the last two weeks to Power Forwards, while also giving up almost four three-pointers per game to the position.

Gallinari has done a lot of his damage from the three-point line as of late, averaging 3.84 made threes per game over his last 13. He hasn’t had less than three made three-pointers in his last 14 games.

The Magic rank sixth defensively on the season but have struggled to defend stretch fours like Gallo of late:

The Thunder will have a clear game plan that involves feeding Gallo because the Magic are really solid across the board, except the Power Forward position.

Gallo is averaging 32 MPG over his last six while attempting 15 field goals. He has a clear and defined role for the Thunder — to stretch the floor and shoot the basketball.

Gallo also has a 24.4% usage rate and is averaging 41.2% from downtown. Statistically, Gallo is having the second-best shooting season of his career.

Gallo is heavily involved in the Thunder’s offense, and with the Magic solid defensively everywhere, they do have one gaping hole as of late, and that is guarding the stretch four.