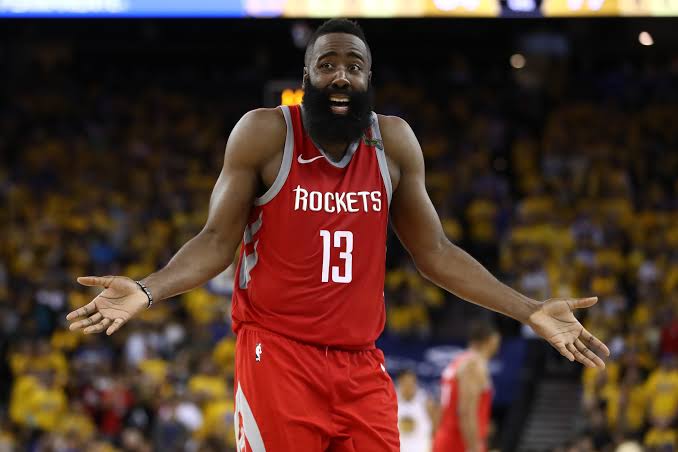 There are six games on the docket tonight, and one in particular that should clearly be on our NBA props radar.

The Houston Rockets travel to Memphis to take on the Grizzlies in a tilt with a projected total of 240.5. That’s a full 10 points higher than the next-closest total, and it also features the third-lowest point spread at 3.5.

This is the perfect game to target — a high-scoring affair that should remain close. The high scoring projections means more stats and scoring for everyone involved, whereas the close spread also hints at a normal distribution of minutes played.

We’re going to feature this game in our article today with plays from James Harden and Jonas Valanciunas.

The Houston Rockets are on the road against the Memphis Grizzlies tonight and will be without Russell Westbrook. Last week, we highlighted why Harden is such an easy play when Westbrook misses.

I get it, 39.5 points is a really high number for anyone. Many things can go wrong for you to bust — an ankle sprain, a couple missed free-throws, or your superstar could go 9 – 34 from the field and give you a completely unnecessary sweat.

As we highlighted last week, we’re paying for the opportunity. Harden averages 37.7 PPG, best in the NBA. He’s eclipsed 40 in three of his last six and has hit at least 39 points in all four games when Westbrook sits out.

There are many routes we can take with Harden tonight, but let me walk you through the reason why I landed on him eclipsing the 39.5 target.

Here is how Harden has faired in the four games when Westbrook has sat out:

It’s important to note that Harden has played Memphis once this season without Westbrook and scored 44 points against them.

In four games without Westbrook:

I like our chances of hitting 39.5 points more than the other props, as Harden has missed the points prop just once without Westbrook, and only by a half of a point.

Memphis is also the sixth-worst team in the NBA defensively against starting Guards, allowing them to average 29.7 PPG over the last two weeks.

Harden also has a history of torching the Grizzlies. He’s averaging 46.6 PPG over his last five games against Memphis, hitting the targeted 39.5 in four of his last five against.

Given the high total, Harden’s history against Memphis, and the value we get from Harden tonight, give us the Over.

It’s always fun to watch one game and have action on both sides of the ball. J-Val gives us that option tonight.

Valanciunas played the Rockets once last year, and he scored 33 points against them.

Valanciunas is hitting his stride at the right time, playing his best basketball of the year, and the Rockets have had a really tough time defending the Center spot.

This is a perfect equation for the over.