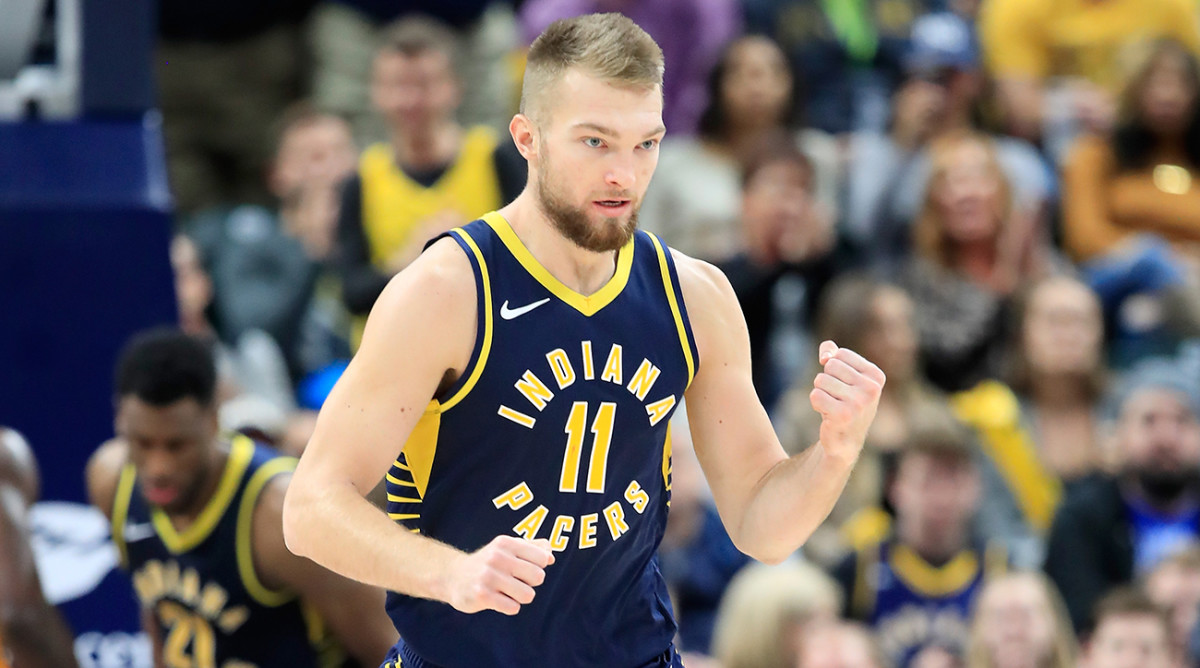 The league has given us a tough nine-game slate from which to pick our NBA props from tonight. Out of nine matches, not one game has a spread closer than six points.

This means that almost half tonight’s games could end up in a blowout, which makes stat projections volatile. So we have to be intentional in picking our plays.

Domantas Sabonis may be the most consistent NBA player around. In his last 12, he hasn’t scored less than 13 points one and provides the solid floor we’re looking on a slate like this.

Ben Simmons put up a dud last night but is in a prime spot tonight.

Devontae’ Graham is our new favorite player, that is locked into a role, minutes and is matchup proof.

Sabonis is locked into minutes, averaging 34.5 minutes and 36 PRA on the season.

He gets a matchup against a Hawks team ranking 29th in the NBA defensively. The Hawks also play at the 11th-fastest pace, up from Indiana’s 21st-fastest NBA pace, which means more opportunities for Sabonis to score and pick up peripheral stats.

Sabonis has also hit the targeted 34.5 in four straight games, while Atlanta is allowing 25 PPG and 12 RPG to opposing Power Forwards.

Sabonis, a sneaky All-Star selection playing consistent minutes in a great matchup, is strong enough to be our feature play on the night.

The New Orleans Pelicans play at the fouth-fastest pace in the NBA and are ranked as the 28th defensive team in the league. This means that they:

This is one of my favorite teams to target for overs on NBA props.

Simmons had an off night last night going against one of the best defensive teams in the league in the Boston Celtics. He let Joel Embiid take over and played passively. Boston is one of the better teams at guarding the paint, where Simmons does most of his damage, so it limited his potential.

The Pelicans, however, allow 51.9 PPG in the paint this year, second-worst in the league, and Ben Simmons happens to take more shots at the rim than any player in the league this year.

With Al Horford already ruled out, and Embiid playing on a back to back, I expect Simmons to pick up the slack in what is one of the best matchups of the year for him.

Graham is easily the most improved player so far this season and is one guy we have consistently targeted in the past, including our last article. We love Graham, and the industry has yet to increase its price on him.

He has averaged 40.2 PRA a game over his last five games and yet is still priced at 31. We get huge value on him tonight.

As we covered in our last article, the Bulls are one of the best defensive teams in the league against stopping Point Guards. However, Graham also plays the Shooting Guard spot simultaneously with Terry Rozier.

The Hornets and Bulls have met once twice year, with both games coming before Graham was locked into his new, do-it-all role for the Hornets, and he still put up 30 and 35 PRA.

Now his usage numbers are up, his shot attempts are up, and we are getting a discounted price for a player that’s had success against Chicago.