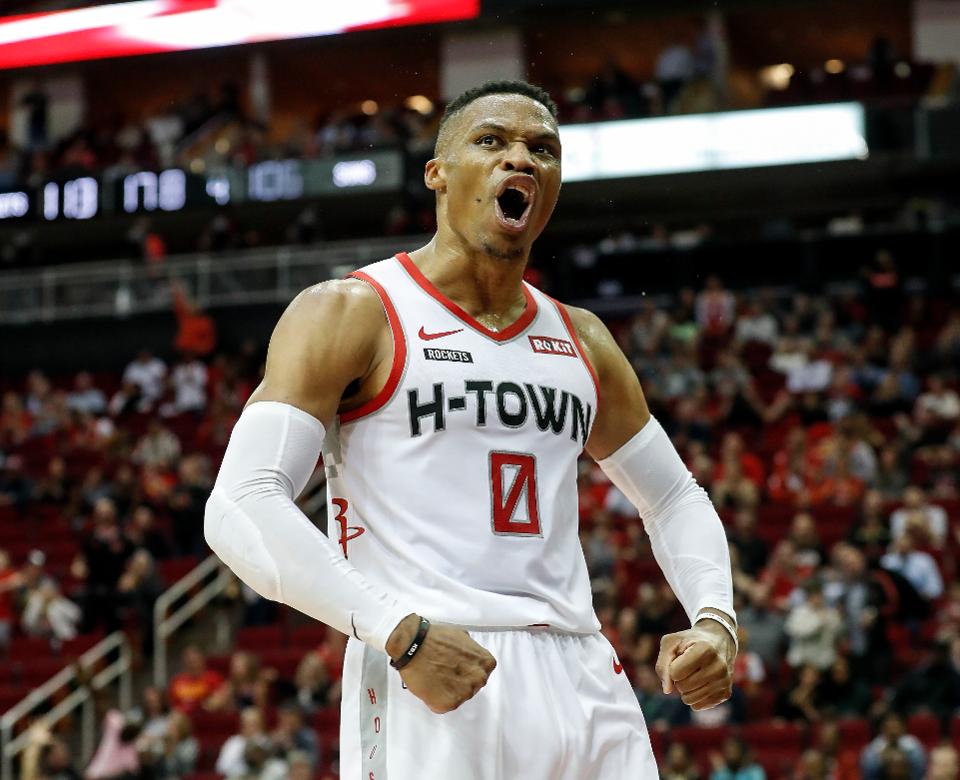 by Vaughn DalzellFebruary 26, 2020February 26, 2020
The NBA is in full swing and Wednesday's slate of NBA prop plays features nine games with tons of exciting matchups. Memphis meets Houston on ESPN, and Boston travels to Salt Lake City for a date with the Jazz for the nightcap. We'll take a look at three players believed to have an edge and favorable matchup in tonight's action. The three underrated assets we'll look at tonight are Russell Westbrook, Julius Randle, and Cam Reddish.

I love these three spots tonight, so if you'd like to unlock the article without buying a full subscription, get a Day Pass here for just $9.  If you’re looking for even more of the best NBA prop plays, we release tons of picks every night in our premium Slack chat community. Join us here to unlock all our premium NBA content and access our wildly +EV community chat. We went 1-2 on last night's card, so let's get back on a heater.

Westbrook has scored 30 or more points in 13 of his last 16 games for the Houston Rockets, and in six February games, he's averaged 32.3 points per game. The question of whether he and James Harden can co-exist is in the past, as Harden leads the league in scoring (35.3), and Westbrook is eighth (27.2). The Rockets have managed Westbrook's minutes and usage well this season, and that's part of the success this team has experienced. He's surpassed 30 or more points in seven of his last 10 home games, and tonight is looking like another as Houston welcomes the Memphis Grizzlies to town. Memphis was dismantled by the Los Angeles Clippers in their previous game and have now lost their last three. To add injury to insult, Brandon Clarke is out for an extended amount of time, and Jaren Jackson as well. Houston should roll in this game, and Westbrook should be the engine to make this team go.