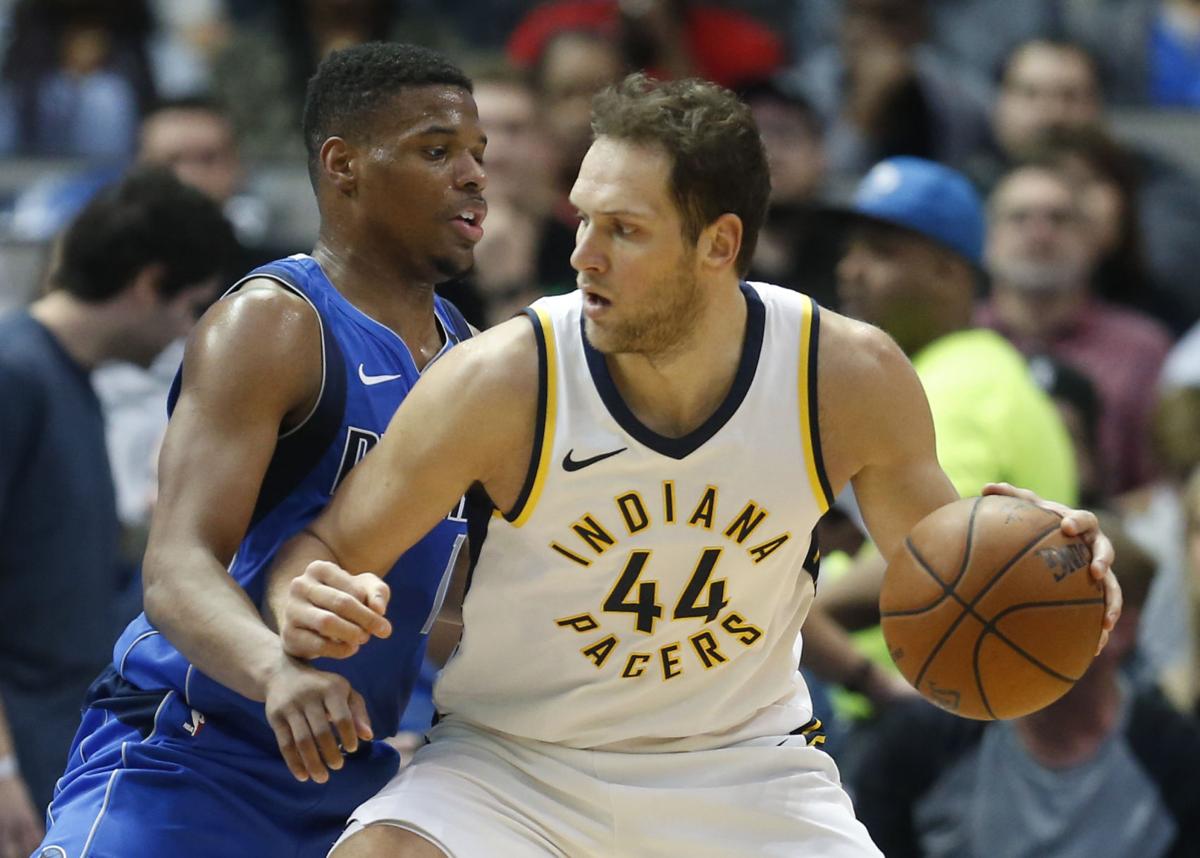 After wading through 11- and three-game slates over the past two nights, our best NBA prop bet comes from a normal six-game slate on Thursday (2/28) night.

We’re going to an inter-conference battle between the Minnesota Timberwolves and Indiana Pacers. The Pacers are currently the third seed in the East, thanks in large part to the play of Bojan Bogdanovic over the past month.

We’re coming off an easy cash from earlier in the week, rolling up a 7-1 record since Saturday. Be sure to follow me on Twitter for all my latest NBA prop bets.

Bogdanovic has stepped up offensively since the Victor Oladipo injury back on January 23rd. In the month of February, he’s averaging 21.8 points per game (PPG) on 15.6 shot attempts in 32.5 minutes, going for 20+ points in eight out of 11 games.

His 15.6 shot attempts this month is his most on the year; he had 13.2 in January. In addition, with Oladipo and Domantas Sabonis off the floor, Bogdanovic sees the highest usage rate (USG) at 26.1% and is averaging 23.05 points per 36 minutes.

The Timberwolves present a great matchup for Bogdanovic.

On the season, versus Opposing Small Forwards (SFs):

Timberwolves’ starting SF Andrew Wiggins is ranked a miserable 81st out of 88 in DRPM at the position.

Minnesota presents a pretty good matchup, as they let up the 12th-most PPG (112.2) and are a pace-up matchup for the Pacers, ranking 11th in pace, while Indiana is 26th in pace of play.

In his one game vs. Minnesota this year, back on October 22nd (when the whole team was healthy), Bogdanovic went for 20 points on 8-13 shooting in 36 minutes. Tonight, I’m expecting the same type of production in points with a slight boost to his shot attempts.