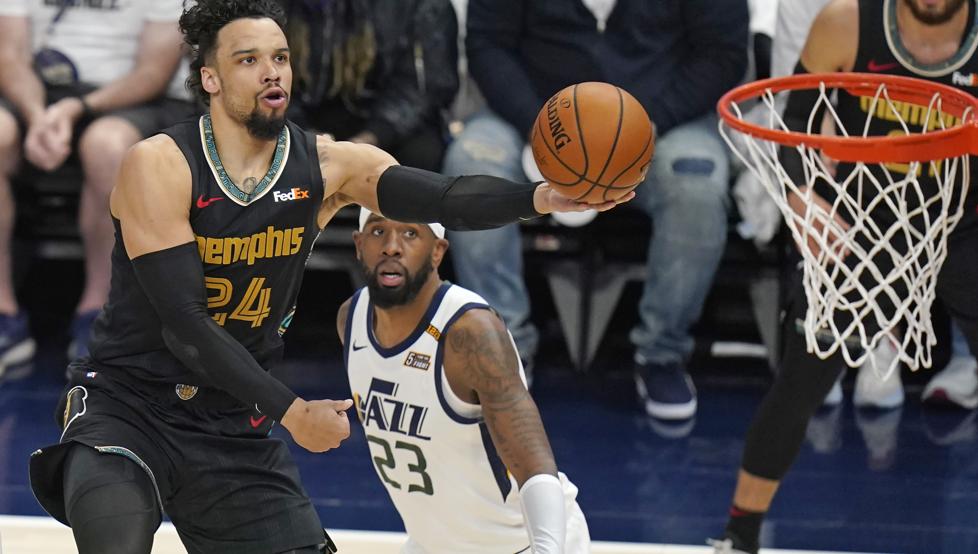 Coming off a nice win Tuesday, we’re reloading with more best NBA playoff props for tonight, this time on a player that Grizzlies coach Taylor Jenkins called his “spirit leader” after Game 1.

“He’s our spirit leader.” Said he brought a lot of momentum, helped raise their urgency and aggression, and that it helped set a tone. Liked his defensive edge and playmaking tonight.

Said he saw fight from rest of team too

We already knew Dillon Brooks was a defensive pillar for the Grizz, but he’s been shouldering more of the offensive load for the team of late too, and it’s a trend we’re looking to leverage heading into in Game 2.

Brooks is coming off a 26-attempt, 31-point master class on Game 1, leading his team in points, field goals, and usage, all while providing the same disruptive defense that he’s become known for.

The shots were mostly of the high-percentage variety, with 17 of his takes coming in the paint. 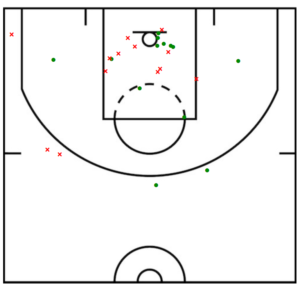 If you’ve been paying attention to Grizzlies games over the last few weeks, his offensive outburst came as little surprise. In his last six games, Brooks is averaging 24.8 points on 22 attempts, healthy boosts on his seasonal averages of 15.7 points 17.4 averages on the year.

If it were just more shots without more minutes, I’d be wary of a trap here, but the fact that it’s backed by a healthy and sustained increase in minutes is encouraging. As the games grow in importance, Brooks has been on the court an average of 38 minutes over the last five games after averaging 30.3 on the year. 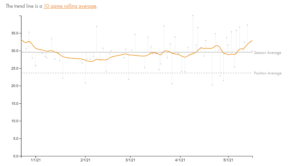 Even if we include the entire month of May – before those minutes really started to ramp up – Brooks is still averaging 20.8 points per game.

However, he played fewer than 33 minutes in several of those May games, something that’s unlikely to happen tonight.

Any possibility of Brooks playing fewer than 33 minutes probably went out the window when it was announced that Donovan Mitchell would play in this game. The Grizzlies will need Brooks’ defense against Spida, so expect him to log 35+ once again.

Here’s what Brooks has done in the 17 games in which he’s hit at least 33 minutes:

If we narrow that down further to the seven games this year where Brooks had 36+ minutes, which is certainly a possibility again tonight, we get an average point total of 23, an 18% gap to our line of 19.5.

What Could Go Wrong?

The minutes should be there. The main concern here is that the Jazz shift more defensive attention to Brooks, but doing that would only free things up for Ja Morant.

Despite the Game 1 loss, it seems likely that Utah would decide to prioritize defending Brooks over Morant, who is on another level as a scorer. Expect Brooks to remain involved on the offensive end.

It feels a little gross chasing a big game as the one Brooks had in Game 1, but we’re only trying to predict volume, and in what should be a little faster-pasced game with Mitchell returning, look for Brooks to get plenty of opportunities once again.