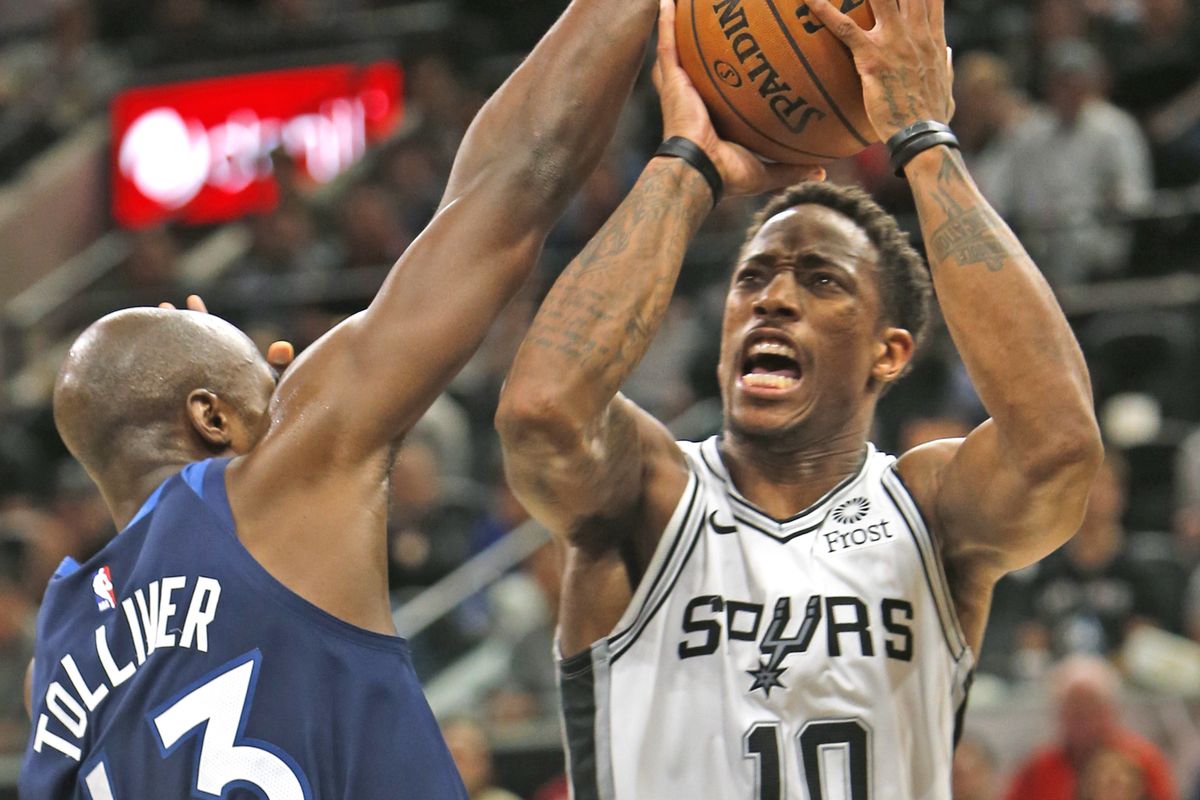 Our best NBA player prop for Wednesday night hails from a huge 10-game slate, which is followed up by the smallest slate of the year — tomorrow’s two-gamer.

Just when I was starting to think that yes, you can actually win them all, we’re coming off back-to-back losing nights for the first time in my Bet The Prop career as variance does its thing. So you know I’m itching to a bounce back. All in all, we’re still well in the black with a 19-7 NBA player props record so far.

Our best bet of the night focuses on an inter-conference matchup between the Atlanta Hawks and DeMar Derozan’s San Antonio Spurs.

Derozan has been humming along over his past ten games, averaging 23.1 points on 17.7 shot attempts in 35.2 minutes, and he’s eclipsed 20.5 points in seven out of those 10 games.

Tonight, the former Raptor should benefit from an amazing matchup against the Atlanta Hawks.

If you’ve been following my work, you know that their porous defense has been a favorite target of mine. It’s just bad across the board, but let’s focus in on their work vs Derozan’s position. Against small forwards, the Hawks:

As a team, the Hawks are ranked last in DEFF, allow the fourth-highest field goal percentage, the most free throw attempts, and let up the most points per game in the NBA (119). They also play at the second-fastest pace, while the Spurs play at the 22nd fastest pace, so this is a nice pace-up spot.

Derozan also draws a great individual matchup against the Hawks starting SF, Taurean Prince. He is one of the worst defenders in the league at his position, ranking 86th out of 88 SFs. Among every player in the entire league, he is ranked 471st out of 494.

This will be the first matchup of the year between the Spurs and Hawks, so while we don’t have recent history to work with, everything points to Derozan having a standout game tonight.