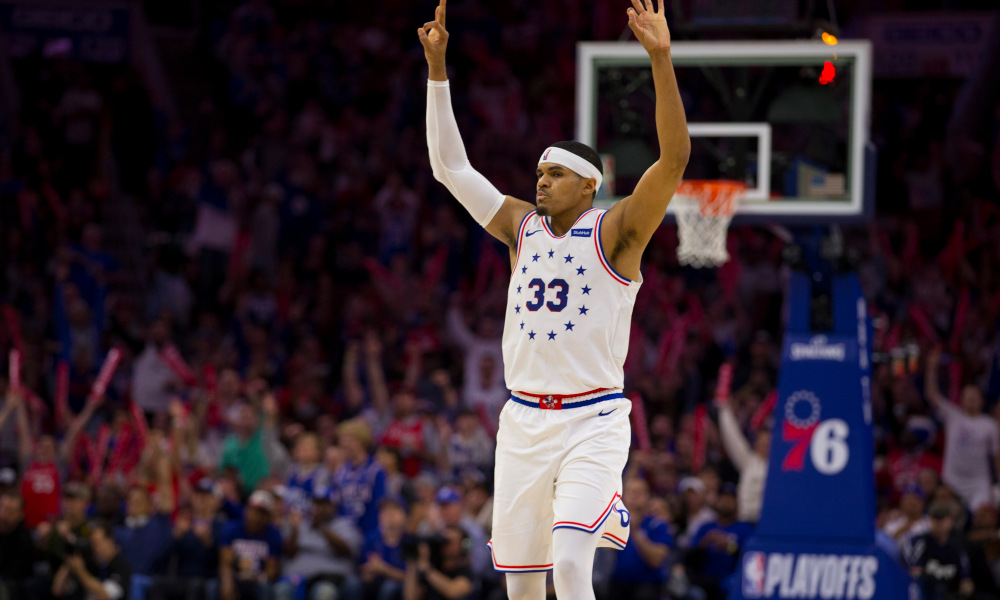 The Association serves up eight games for Tuesday's slate, and there is plenty of value for NBA player props out there.

We'll take a look at three players believed to have an edge and favorable matchups in tonight's action. The first is 76ers' forward Tobias Harris, who's over/under for three-pointers looks a little off.

We'll also break down our picks on two other guys whose betting markets have yet to catch up to their improved play since being snubbed as All Stars.

I love these last two spots, so be sure to unlock this article to get the full card for just $9.

We had a solid week to close February out. On Wednesday and Thursday, my article props went 4-1 to finish the week 5-3, so let's get this week off to a good start.

Harris is the main man in Philadephia right now, as Ben Simmons and Joel Embiid both remain out for the 76ers. Their quest for improved playoff positioning won't get any easier tonight as they continue their stay in Los Angeles for a crack at LeBron's Lakers.

In the previous meeting with the Lakers this season, Harris went off, scoring 29 points making 3-of-8 three-pointers in Philadelphia.

If the pace of play is pushed early by the Lakers 12th-ranked unit (103.2) in pace factor, then Harris should see his 5.7 three-point attempts over the last four games increase tonight.

He's made two or more three-pointers in 29-of-61 games this season, and as the main scoring option, I'll take him to earn his 30th multi-make game from deep tonight.

Next up is a pick from the Clippers-Thunder matchup which presents a ton of value.