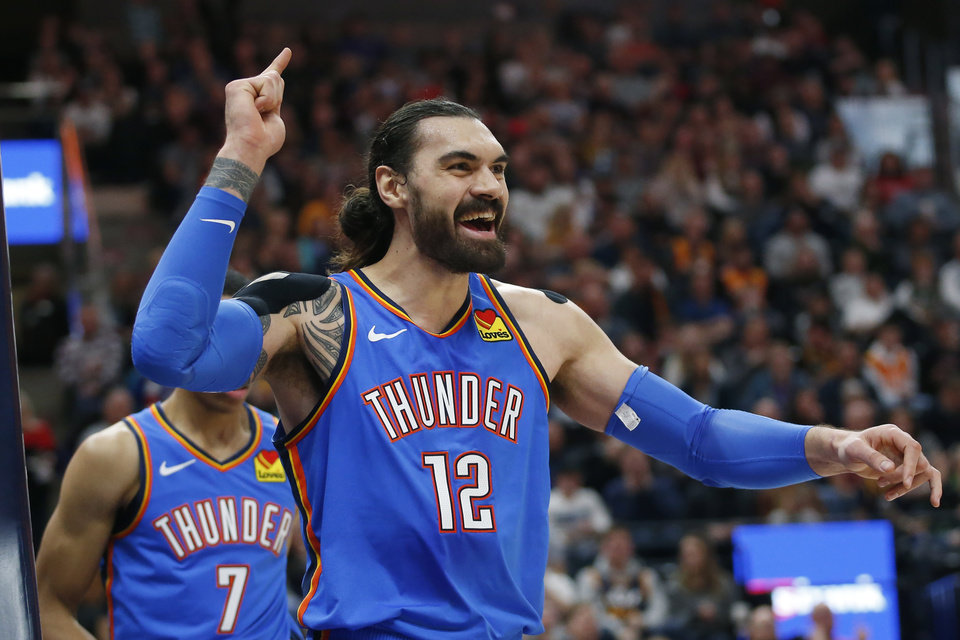 by Vaughn DalzellFebruary 27, 2020February 27, 2020
The Association is down to just four games on this Thursday's slate, but there is some good value for NBA player props out there. We'll take a look at three players believed to have an edge and favorable matchup in tonight's action. The three underrated assets we'll look at tonight are  Steven Adams, C.J. McCollum, and, Andrew Wiggins. I love these last two spots, so be sure to unlock this article to get the full card for just $9.

If you’re looking for even more of the best NBA prop plays, we release tons of picks every night in our premium Slack chat community. Join us here to unlock all our premium NBA content and access our wildly +EV community chat. We went 2-1 on last night's card, including an easy hit on a red-hot Russell Westbrook, so let's stay hot.

Adams saw his four-game double-double streak end in Chicago as he scored 16 points and fell one rebound shy with nine. In his last five games, he's averaging 15.4 points and 12.2 rebounds per game (27.6 PR). After one game away from Oklahoma, the Thunder and Adams are back where they play the best. Adams is averaging 12.3 points and 9.7 rebounds in 27.3 minutes at home (26 games) this season. Sacramento has allowed 50.7 points in the paint in three games (T-18th) since the All-Star break. Adams averages 9.1 of 11.2 points per game in the paint, and the Kings allow 13 second-chance points (T-13th) per game which is appealing for Adams. He ranks fifth in the NBA with 3.4 offensive rebounds per game and recording 5.6 over his last three games overall. He's recorded: Adams has arguably the most favorable matchup of all big men tonight, outside of perhaps Anthony Davis versus the Warriors. He's attempting 11.3 field goal attempts for 18.6 PPG in his three contests out of the All-Star break to go along with 13.3 rebounds. Hammer Adams overs tonight versus a weak Kings' interior in one of our favorite NBA player props of the night.