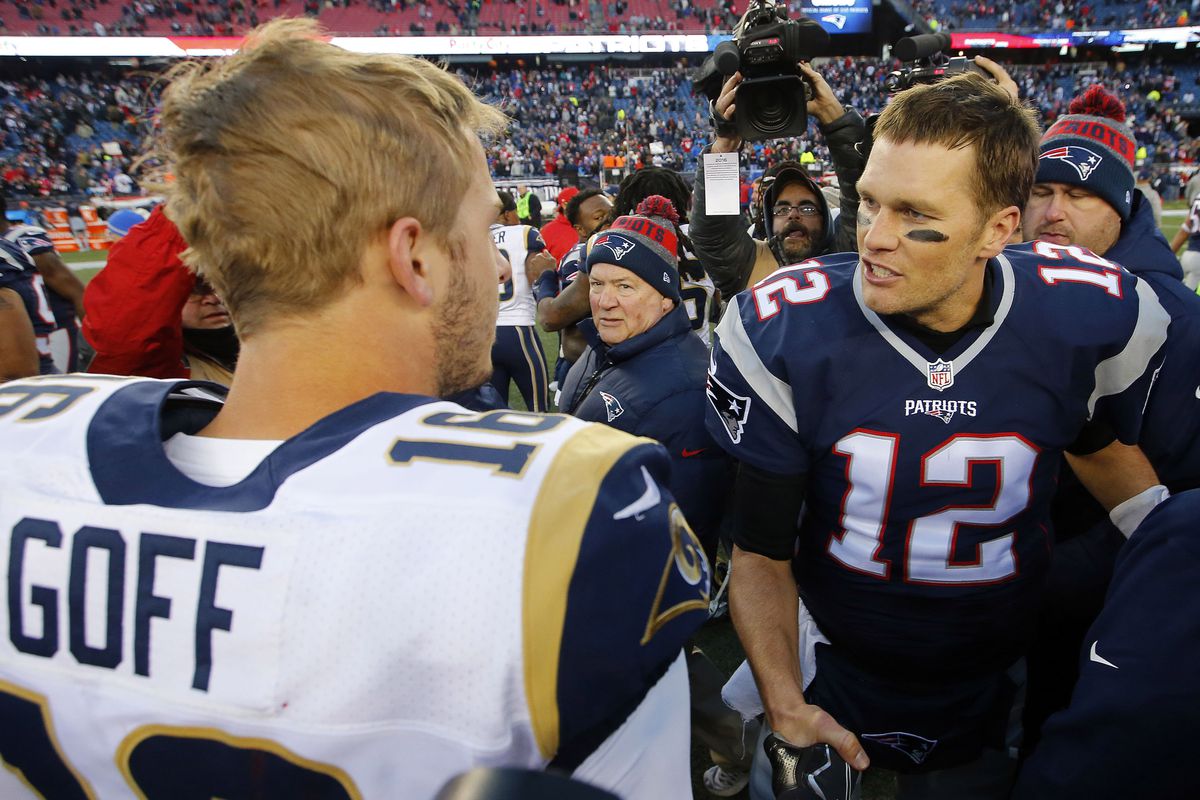 The games at Monkey Knife Fight are a different twist on prop betting, and with Super Bowl weekend upon us, we’re breaking down any cards that offer value.

We’ve also made prop bets on every player in the game for both the New England Patriots and Los Angeles Rams.

I’m going to point out the spots offering the largest edge. Don’t feel the need to copy all of the cards I chose. I will highlight what I view as the most exploitable spots, and you can fill in around those with your preferred picks.

As is usually the case, there is very little value on the over/under options. Their lines might be a few yards off, but when we have to get 2/2 correct to double our bet, it becomes -EV. It would make more sense to just bet those props straight up at other sportsbooks. Due to this, I tend to favor the Rapidfire cards which highlight H2H player matchups.

This line looked off right away. I think MKF is over-rating Gronkowski’s last performance.

Woods is a consistent producer, whereas hogan Hogan is boom or bust. And this year, he’s been more bust this year. Woods, on the other hand, has a reliable role and should get somewhere near his average.

As for Brady vs Goff, I lean Brady, but the line is fair. Brady has thrown for at least 250 yards every week since Week 4, including 343 and 348 in his last two playoff games (Check out our analysis of the Brady pass attempts prop). Goff on the other hand, has thrown under 217 in five of his last seven.

This card features the same three options from our first rapidfire, plus Gurley vs Anderson, and White vs Everett. We will roll with our same choices from before. As for the newcomers:

Of the two new additions to this card, Gurley vs Anderson is the one I am least confident in, so I’m simply trusting the projections and leaning in that direction based on Gurley’s MVP level talent and that he should be very well rested.

Keeping in mind that James White did much of his damage in past seasons even while sharing his scat-back duties Dion Lewis, his previous playoff numbers become even more impressive. Although he does have to content with Rex Burkhead, there is no question he is the lead receiving back. He’s a tried and true cog in the Patriot machine. We only have to spot Everett 3.5 yards, and yet White’s average and projection are both greater than double the Rams TE.

This is one of the larger values presented on MKF.

I’m throwing this in because it already uses most of what we’ve looked at, the payoff is huge, and it offers another one of the biggest values I found for the MKF options this time around.

Last week, Burkhead got 12 carries for 41 yards, most of which came in the 4th quarter and overtime. In games that are close, Burkhead tends to get 4-7 carries. Since this game has a 2.5 point spread, I’d expect him in the 4-7 range.

White averages 5.5 carries per game and does more with his carries than Burkhead. I can’t pass up this value. Since MKF mixes up their props, if you can find this White vs Burkhead matchup on any other cards, I’d lock it in there too.

White over Everett in receiving yards and Edelman over Gronk in receptions are my other top-two picks. I’d recommend you fill around those with however you see fit, and stay away from most of the juiced up over/under props where the lines are too sharp and payouts too low.