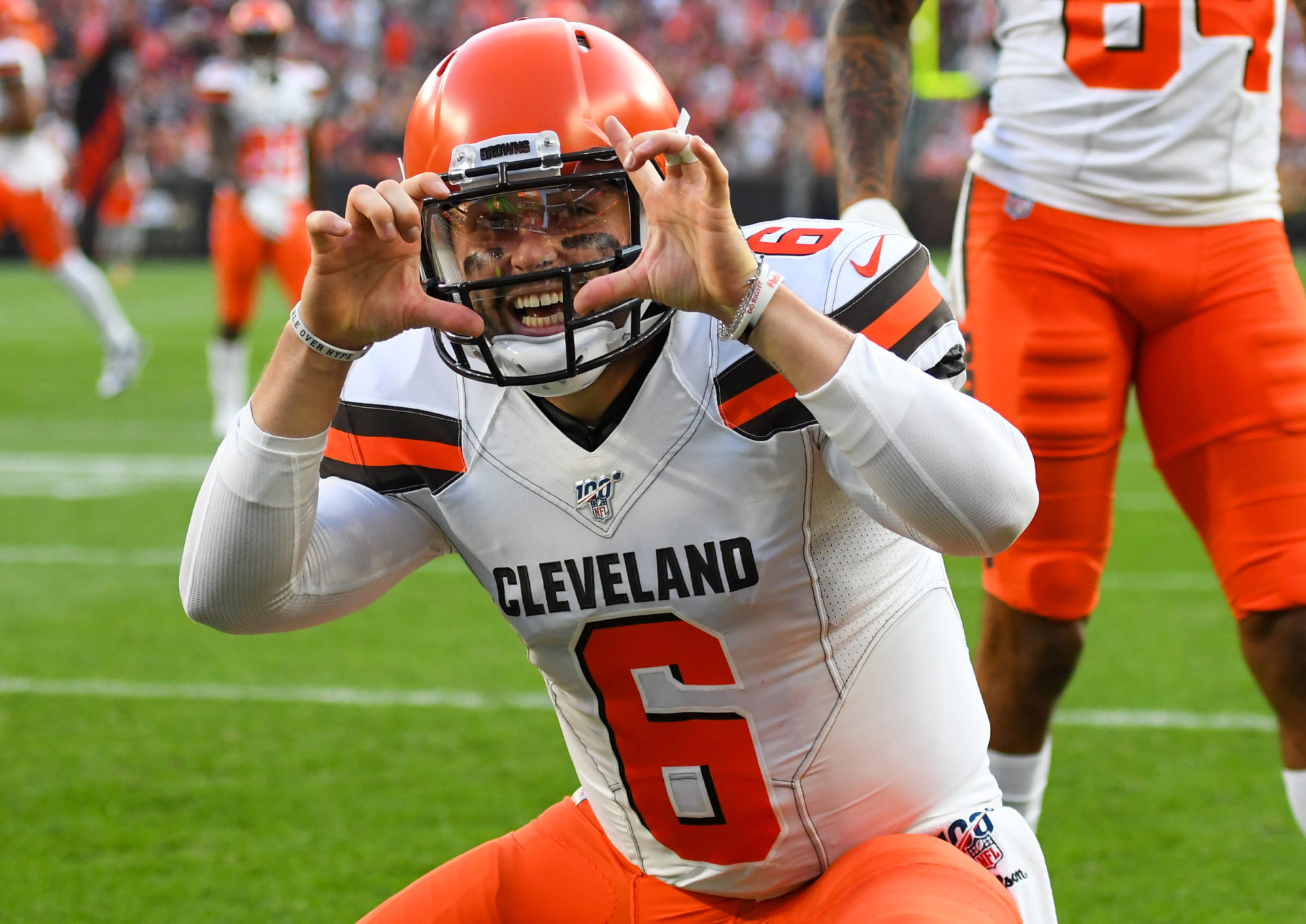 The NFL’s second week wraps up tonight with Monday Night Football, and it’s time again to take a look at the best Monkey Knife Fight Props for the Browns at Jets.

The games at Monkey Knife Fight (MKF) are a different twist on props. They’ve added tons of options since last season, including over/under on fantasy points. I’ll be breaking down spots that offer value throughout the regular season and playoffs. 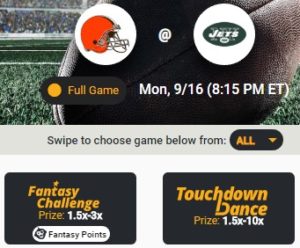 We looked at some fantasy props for Monday Night Football, and we’re going back to the fantasy well again tonight with these over/unders on fantasy points.

Lay Of The Land

The first thing I like to do is scroll all the way to the right, and look at the six-player cards. Not to bet them, but to get an overview of what kind of lines are being offered on the smaller prop cards.

After comparing these numbers to three sets of projections, I’m seeing the largest perceived values on LeVeon Bell, Odell Beckham, and Nick Chubb all on the over.

If you’ve read any of my previous MKF analysis, you have seen that I much prefer to take unders because they hit far more often in prop betting. This is partly due to lines being shaded towards the over due to more public action, and also because of a mean vs median situation. Studs like Bell, Beckham, and Chubb all have explosion-weeks where they go off for 30+ FPTS, bringing their average up, while they go under that average more times than not.

There are multiple reasons that I worry about these overs, in spite of the projections.

I prefer a wait and see approach. As for Chubb, this has the potential to be a smash-spot with the Browns as 6.5-point favorite. Since gaining the lead role in Cleveland though, he has only surpassed 18.5 twice in 11 games.

What I want to do in this spot is take a game theory approach. We have two struggling offenses, both failing to surpass 16 points last week, in a prime-time game. Five of six primetime games have gone under the total so far this season. I’m going to look for spots to take correlated unders and hope this game is a low-scoring affair.

If you think the Browns will bounce back with a big offensive performance here, you should instead find an MKF offering where you take Browns overs and Jets unders. 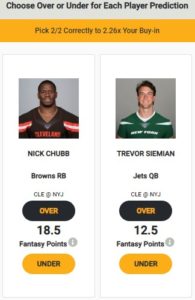 These plays match up nicely with a low-scoring island game. If the offenses struggle to move the ball and can’t get touchdowns on the board, the fantasy points could go to the kickers and receivers (via receptions in PPR). As previously mentioned, Chubb is 2/11 on surpassing 18.5 FPTS. 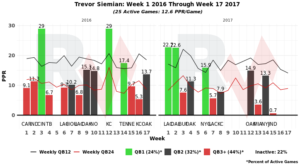 Many of those were as a starter on the Broncos just two years removed from Peyton Manning being the number one overall QB at the helm. If Siemian couldn’t do it as the starter in Denver, I strongly doubt his ability to perform any better for the Jets as a backup with no starts since 2017.

Also be sure to check out our favorite yardage props for Browns Jets as well.