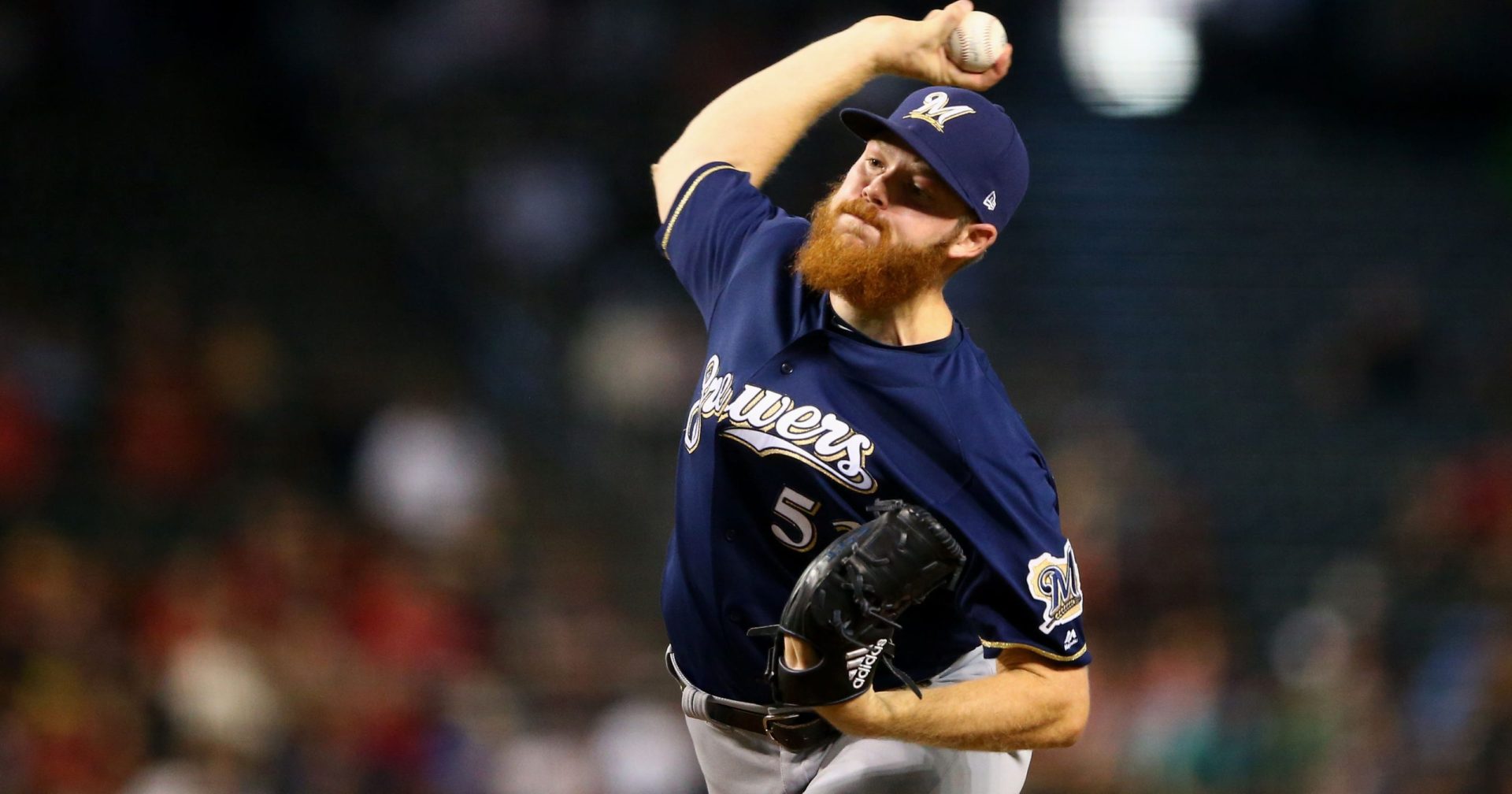 Monday's best MLB props come from a slate of eight evening games, including one of the ugliest pitching matchups of the year as David Hess (1-8, 7.08 ERA) faces off against Edwin Jackson (0-4, 11.90 ERA).

We'll get to that one in a moment, but we start with one of baseball's most consistent performers in the strikeout department this year in Brewers third-year starter Brandon Woodruff as he battles one of the best lineups in baseball, the Houston Astros.

We're coming off a 1-1 card in our last article, although our winner was at least at plus odds. On the season, our subscribers continue to show a profit on the season with a 220-156 (59%) record. Join now up and get aboard the K Train.

This line has been set at O/U 5.5 Ks at -114 at most sites. It's a key number for the Brewers starter, as Woodruff hasn't had fewer than 5 strikeouts in any of his 13 starts this season.

The third-year righty is averaging 6.92 Ks per game in those 13 outings and has hit double digits in two of his last three. Woodruff's 1.21 Ks/inning is 10th best in MLB in 2019, tied with Stephen Strasburg, who is making a claim as the best strikeout pitcher in MLB history.

He also ranks 10th in strikes thrown per inning (11.06), showing remarkable consistency from start one. 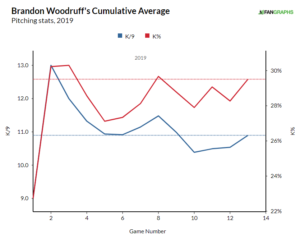 The reason we're getting such a prime number is that Woodruff is facing one of baseball's best lineups in the Astros. Houston strikes out less than every team but the Angels at 6.76 times per game, while also sporting top-three numbers in BA, OBA, & SLG%.

The matchup is as tough as they come, but Woodruff has been crazy consistent and tonight has the advantage of pitching in Minute Maid Park, which has been the friendliest venue for pitchers in 2019.

I'm willing to pay -130 juice to bet that he won't go under 5 for the first time all season.