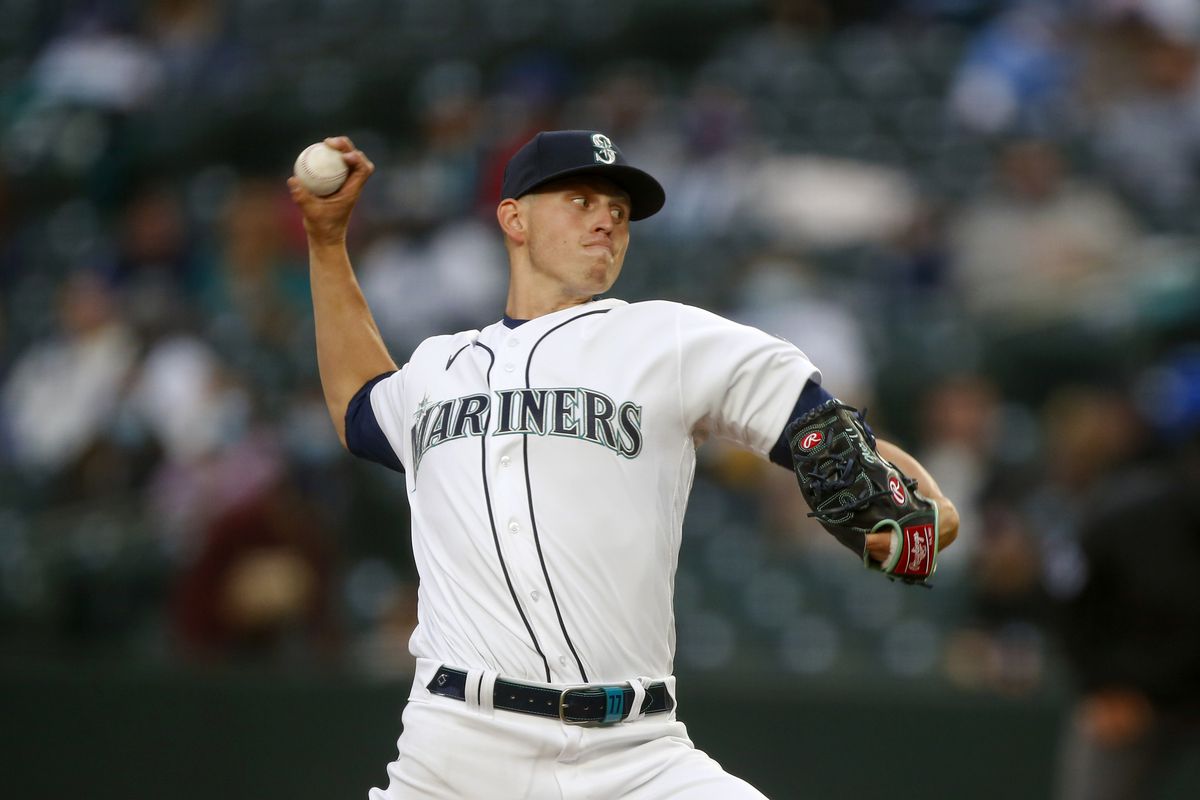 Mariners righty Chris Flexen has been on a roll in the past few months and is the subject of our best MLB player props for today’s short 7/22 slate.

We’re throwing a changeup today, pivoting off our usual strikeout props to focus on Flexen’s pitching outs prop instead.

It was an easy cash on last night’s play and we’re looking to keep it going with this one.

Flexen needs to get through 6.0 innings to hit this prop, something he’s done in eight of his last nine starts going back to late May. His only under came against the Toronto Blue Jays, who have been tough on a ton of starters as one of the hottest offenses in baseball.

He was striking out more batters early in the season and not getting as deep into games, but the big 250-pounder appears to have traded in some of the swing-and-miss stuff for more ground balls, which is allowing him to work deeper into games. 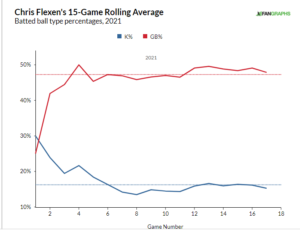 Even including that start against the Jays, Flexen owns an excellent 1.71 ERA and 1.01 WHIP over the last month, failing to allow more than one earned run in any of his non-Toronto starts in that stretch.

Unlike many of his contemporaries, Flexen appears unaffected by MLB’s crackdown on foreign substances, with his spin rates holding steady on all pitch types through the season. 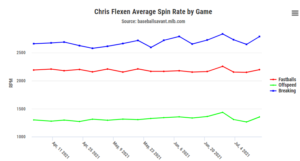 I’m generally not a big proponent of using home/road splits for pitchers since the samples are small and fail to include key context, such as opponent strength.

However, for what it’s worth, few have been as good at home as Flexen’s been in Seattle’s T-Mobile park. His 1.76 ERA across 10 home starts sits behind only Lance Lynn and the GOAT Jacob DeGrom.

He’s averaging just under a double-play per game at home as well, which is tied for third among all pitchers.

We love to see those double plays when we’re targeting overs on pitching outs props.

Oakland is no easy out, but Flexen has faced them once already this year and went a full six innings.

Plenty of pitchers have been able to find some length against the A’s in recent days, with six of the last nine pitchers to face them hitting at least 18 outs, with an average of.