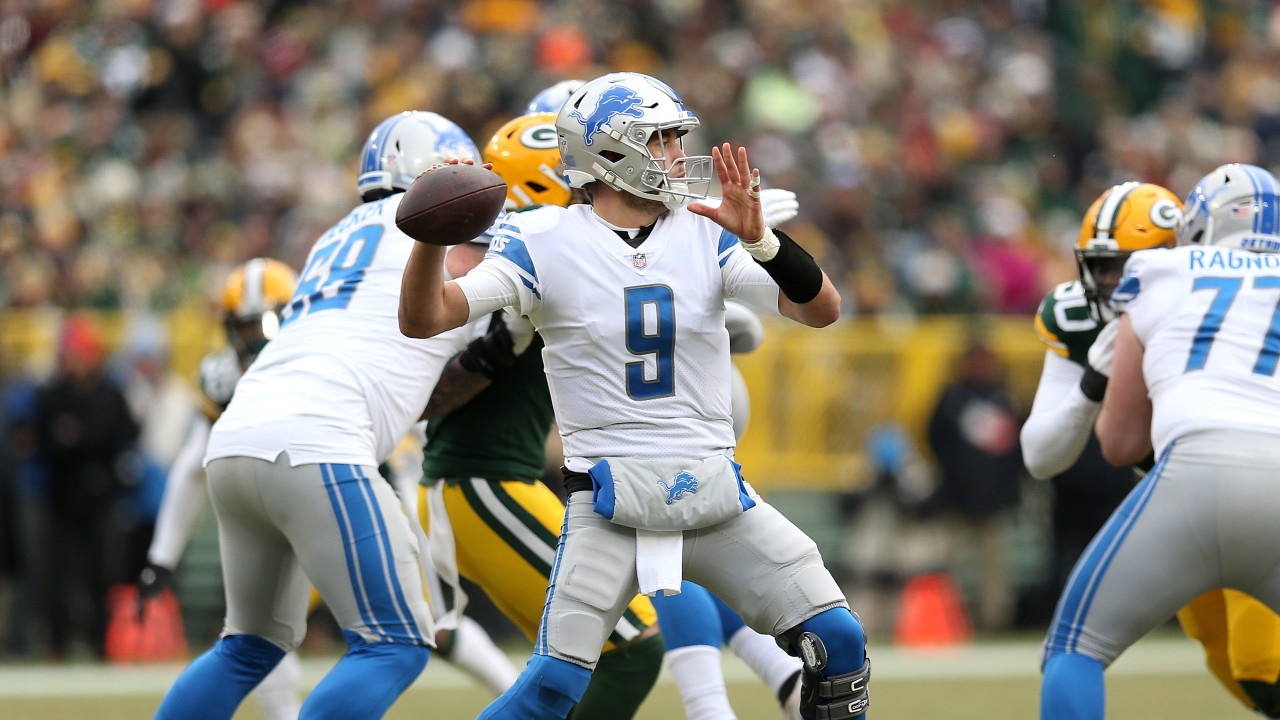 Matthew Stafford leads the way as we break down our best Lions Packers props for the Week 6 finale on Monday Night Football.

That's a significant factor at play as we look at our first player prop for this matchup, as Stafford is unlikely to be throwing it all over the field, especially in this particular game.

We'll explain why and also tell you how to play the passing game on the other side, specifically when it comes to Packers No. 2 wideout tonight, Geronimo Allison.

We posted a perfect prop betting card last time out on Monday Night Football, and on the year, we're hitting over 62%. If you've profited from our advice and analysis in the past, consider joining us and profiting even more!

Click the banner below to see our full 2019 results.

Both teams play at a medium-to-high pace -- each averaging 67 snaps per game for a combined total that is the fifth-fastest of this week's games.

However, these NFC North rivals are set up to rely on the run game tonight, and that's what I think we'll see. The Lions have fed Kerryon Johnson 20 and 26 carries over the past two weeks and now face off against a run-funnel Packers defense which begs opponents to keep it on the ground. With a fierce pass rush and emerging corners, the Packers have made things tough on opposing receivers, outside of a leaky game versus the comeback-mode Cowboys last week.

But they have allowed the fourth-most rushing yards to opposing RBs with 121.2 per game, behind only the Dolphins, Chiefs, and Bengals.

That suits the Lions just fine. Going back to last year, they've been content to run the ball and limit passing opportunities whenever possible. Stafford has been under 36 attempts in three straight games since that opening overtime game and has now fallen short in eight of his last nine. 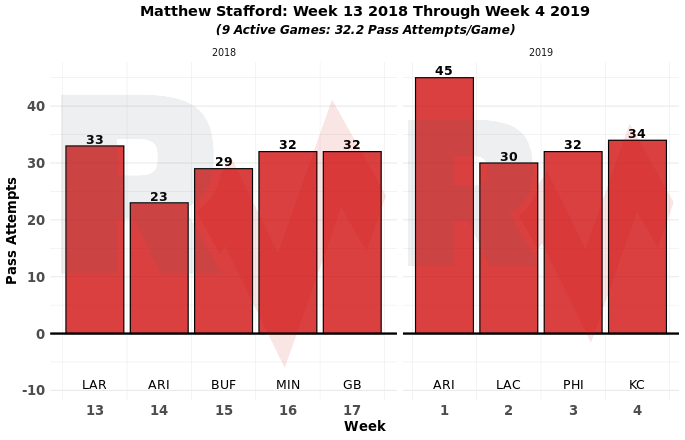 In two games against Green Bay last year, Stafford put the ball up 26 and 32 times, and they didnt have the run game going like they do this year. As mentioned in the intro, they also have been taking more deep shots when they do pass, which will keep his attempts down.

It helps that the Packers will be doing much of the same when they have the ball. With Davante Adams out and the Lions boasting a stout secondary of their own, I expect plenty of clock-killing runs from Aaron Jones as well.

Expect a tight field-position battle in this one and unless the game script gets out of control, a relatively quiet game from the respective QBs.