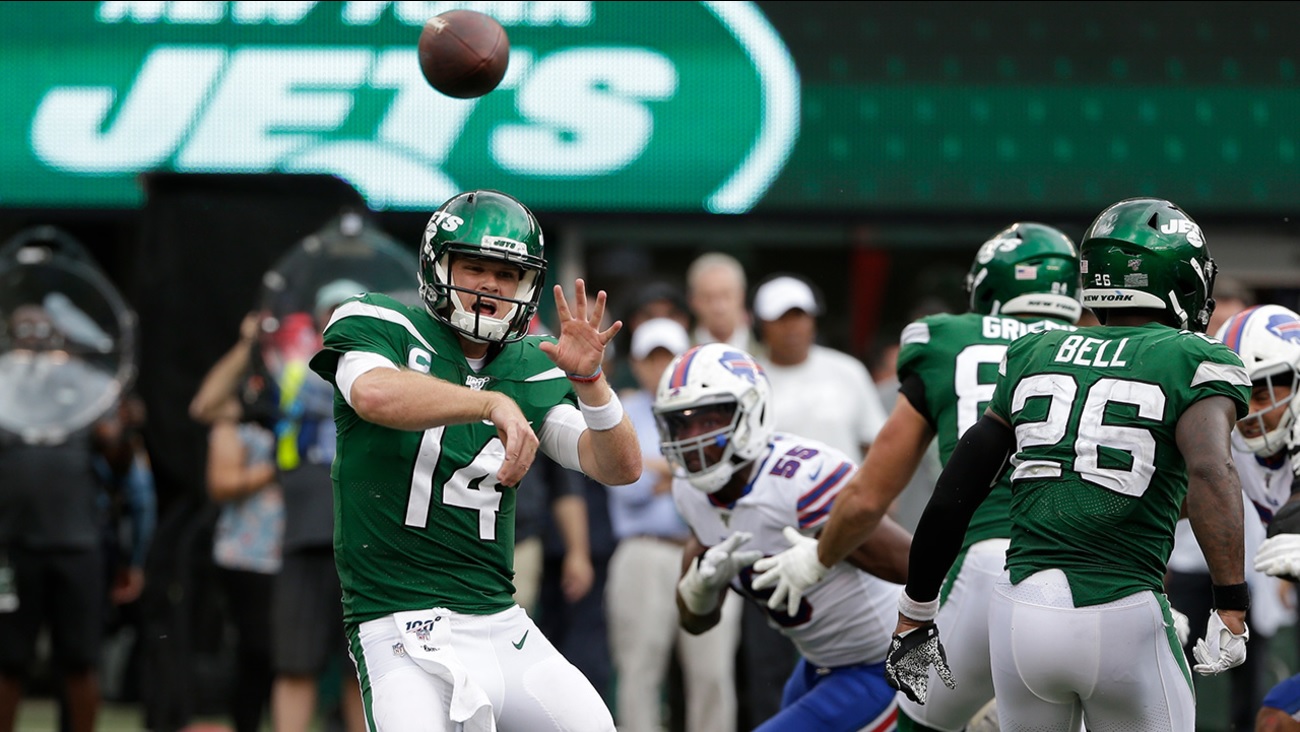 by Cort SmithDecember 12, 2019May 16, 2021
Sam Darnold steps into the Terrordome in Baltimore, highlighting our look at the best Jets Ravens props for Thursday Night Football. As a two-score underdog, the Jets sophomore passer faces a great game script in which to pile up plenty of garbage yards, but this is not the team to do it against. As we're about to see, no team has been tougher to pass against than Baltimore of late, and Darnold's lines on passing props look a little too high to us. We'll also check in with one of his WRs, Jamison Crowder, who's matchup isn't exactly great but is the least-terrible of a bad bunch. Between domestic and offshore books, our NFL player props are hitting 302-207 on the season for +80.59 Units, putting the $100 bettor up $8,059. We just slashed our prices on our Full Season packages (including playoffs!), and there’s never been a better time to join us.

Projections and oddsmakers are both bullish on Darnold in this brutal matchup, but we're not buying it. While the second-year signal caller has averaged 260.7 passing yards since Week 8, he's had the easiest schedule of any QB of late, putting up numbers against a who's who off bottom-six pass defenses. Now Darnold goes on the road against a Ravens team allowing 6.8 yards per attempt to opposing passers, sixth-fewst in the league. But that figure doesn't tell the whole story -- in reality, they've been the best pass defense in football since the return of CB Jimmy Smith and the trade for CB Marcus Peters. The Ravens have had both corners in the lineup since Week 9, and in that time opposing passers have averaged 190.1 passing yards on 5.7 YPA. Both marks are best in the league in that stretch and are all the more impressive considering teams facing the Ravens are always playing from behind. And it's not like they're facing stiffs -- Tom Brady (sixth in passing yards), Deshaun Watson (eighth), and Jared Goff (fourth) all combined to average 221.7 yards against the Ravens in recent weeks. The rest of averaged 159.3 yards. Darnold very much belongs in "the rest" category -- his 6.5 YPA on the season ranks 31st among all QBs with at least 50 attempts. He's also proven to be extremely matchup-sensitive in his career, averaging 162.6 yards and a Ryan Finley-esq 4.98 YPA against top-10 pass defenses, while averaging 260.2 yards vs the rest of the field. 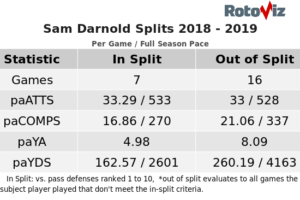 Darnold will also be without top TE Ryan Griffin, while WR Demaryius Thomas is doubtful. Robby Anderson is going to have to break a play, possibly three, for Darnold to get there. I'd play this down to 215.5 yards, and at this number, would pay up to -125.

Leans are unofficial plays for people who want a little more action on primetime games. I bet these personally but don’t have sufficient confidence to make them official public plays. Treat this Jets Ravens prop lean as entertainment and play it at your own risk.