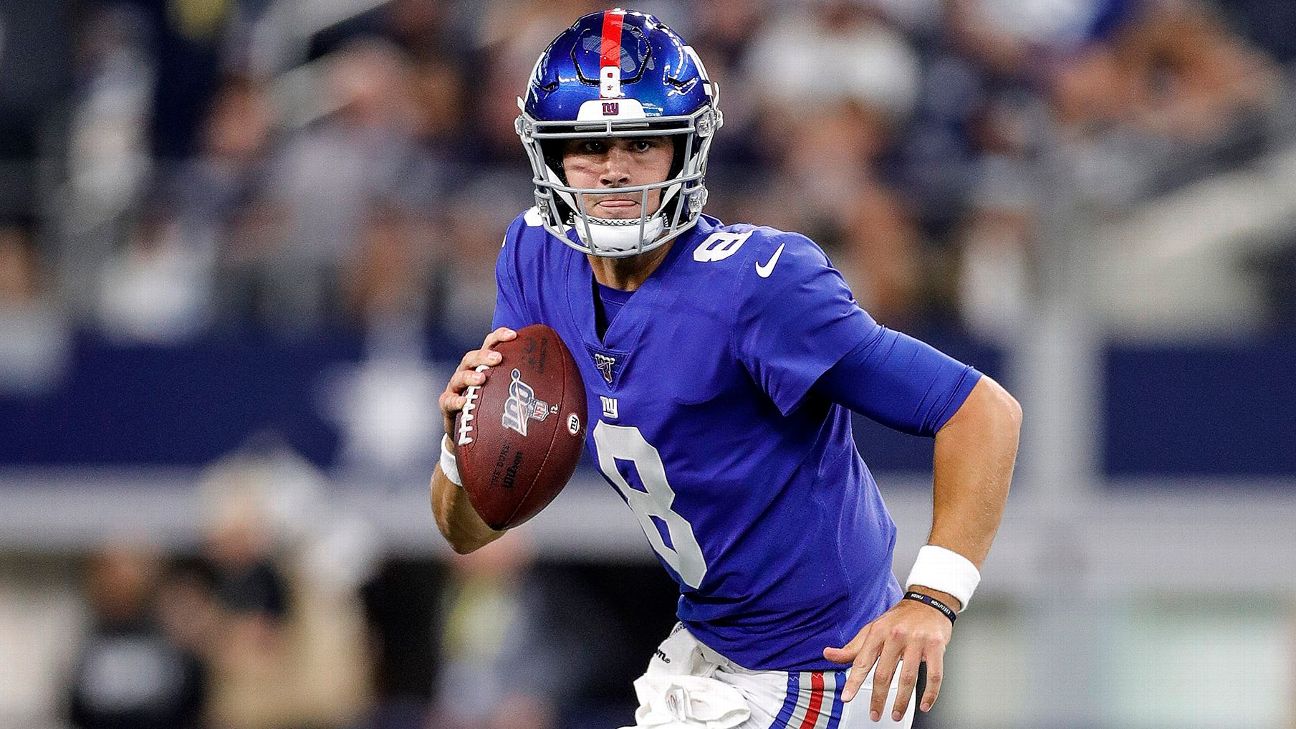 Our best Giants Patriots props key in on what appears to be an impossible task for quarterback Daniel Jones.

The rookie was already facing a hopeless undertaking on the road against the league's best defense and a coach that is notoriously hard on green QBs. And that was before Jones lost all his weapons and the weather forecast started calling for a Nor'Easter storm.

We'll jump into analysis on how wind affects QB passing numbers in our first prop. And like other weeks where there are not a lot of plays we like, we'll also throw in an extra lean for those who want a little more action in primetime. Our article leans are now 10-4 on the season after a 1-1 effort the last time out, and we also had a perfect 2-0 card on Monday Night Football.

Meanwhile, our subscriber picks are paying off at over 23 units on the season so far with a record of 74-44 (62.4%). Join us and let us be your guide to the incredibly inefficient betting market that is NFL player props.

Note: We booked this number for our Insider subscribers yesterday. The line has settled at around O/U 220.5 and -130, and we're still playing it at those numbers.

Rain and steady winds of 20 mph, gusting to 40mph, will handicap the passing game for both sides. Studies have shown that winds of over 20 mph depress the average QB's passing numbers to a median of sub-200 yards. 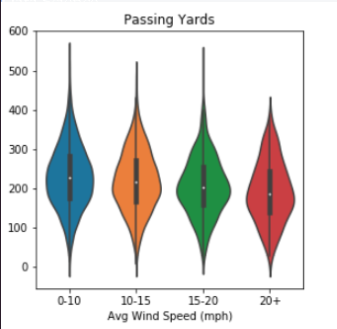 However, with gusts of up to 40mph, the outlook is even worse tonight.

Certainly, many of those QBs who ended up around 200 yards in this study would have had healthy weapons and decent defensive matchups.

Not the case for Jones.

I'm not sure how Jones, as accurate as he's been, can be expected to exceed expectations tonight while throwing to the likes of Golden Tate, Darius Slayton, Cody Latimer, and Rhett Ellison.

Even against teams that come in fully equipped, here's what the Patriots have done to opposing QBs this year.

It's not exactly a murderer's row of passers, but New England has held that group to an average of 118 yards since facing Ben Roethlisberger in Week 1. They've allowed the fifth-fewest pass completions and the fewest passing yards per game on the season.

The Patriots have been particularly tough on opposing rookie passers -- since 2014, Bill Belichick's defenses have held first-year QBs to an average of 147.5 passing yards.

Jones is coming off a 182-yard day against another good pass defense in Minnesota, and his complete lack of weapons combined with a rainy road environment will conspire to make it very tough to crack 200 tonight. 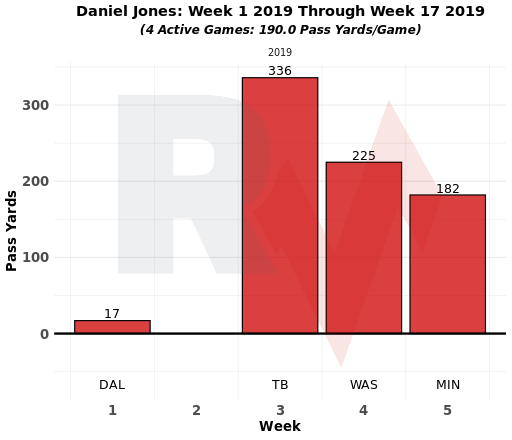 I'd play this number down to 215 yards if necessary.

Leans are unofficial plays for people who want a little more action on primetime games. I’ve bet these personally but don’t have sufficient confidence to make them official plays.

Treat this lean on prop bets for Giants Patriots as entertainment and play it at your own risk.