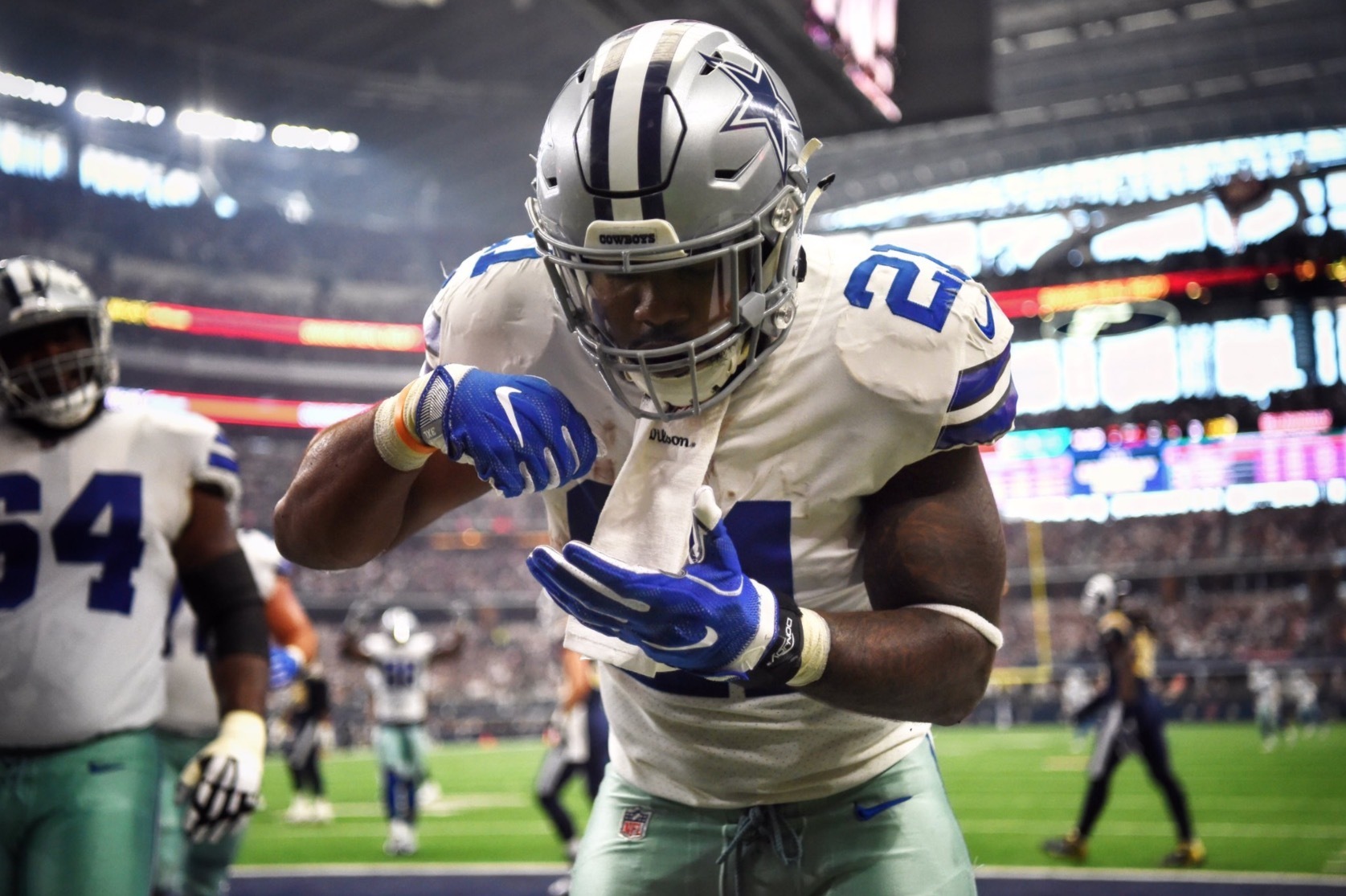 The NFL was robbed of one of its most exciting talents last weekend when Prescott’s season came to an abrupt end following a gruesome injury.

Thankfully for Dallas fans, they have one of the better backups in the league in Andy Dalton, but it’s up for debate what this offense will look like moving forward.

Prior to Prescott’s injury, Dallas was third in the league in points per game, caused by a combination of a dynamic aerial attack, a porous defense, and the fastest pace in the league. It’s difficult to project what they’ll look like now, but we’re going to take a shot in our free feature play for Monday Night Football.

Elliott is one of the most-used RBs in the league, but 21 carries is a big ask for any ball carrier.

He’s only hit this mark in two of Dallas’ five games so far, and that was when they were the fastest team in football. 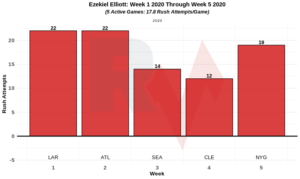 While it’s possible the Cowboys move to a more run-oriented attack without their star gunslinger, that methodical style would also lead to a decrease in plays per game.

Furthermore, despite the fact that the Cardinals offense plays at turbo speed, their opponents are actually getting off the 11th-fewest plays per game (63.8).

At our price of +105, we need only to win 48.8% of the time here to break even in the long run, making this a tremendous +EV investment.

This line seems to assume that Elliott becomes the sole focal point of the Cowboys offense, but they have plenty of playmakers to help carry the load.

Between that and what should be a lower overall pace, taking this +105 is a no brainer.