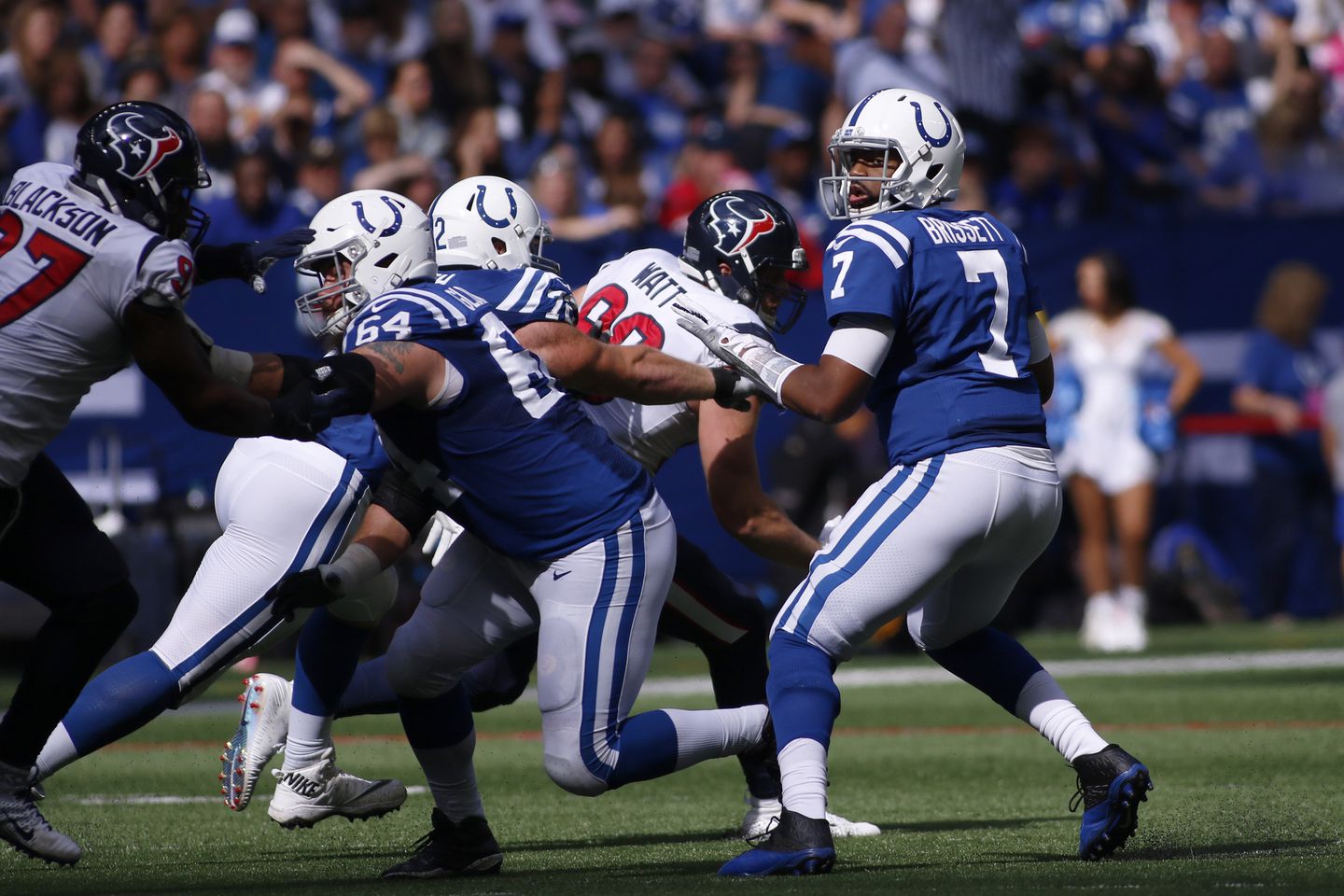 Colts QB Jacoby Brissett is the centerpiece as we break down some of our favorite Colts Texans props for the kickoff to Week 12 on Thursday Night Football.

We're a little limited in our prop options until we know the status of two key game-time decisions in this one -- Colts WR TY Hilton and Texans WR Will Fuller are both questionable. They're game-breakers with a significant potential impact, so if you're a subscriber, stay tuned to our official picks feeds for any additional picks to emerge from late-breaking news.

If you're not a subscriber, join us here to get every pick alerted to your device.

One factor that won't change before kickoff -- the Texans sad pass defense. And that's where we begin with our look at the best Colts Texans props.

We'll also throw in an extra lean on DeAndre Hopkins for those looking for a little more TNF prop action. Our article leans are now 15-6 (71%) on the year after a near-miss last Thursday. You can find our full results for the season here.

The Colts have been among the most game-script-dependent teams in the league, leaning heavily on the run when leading and happily calling for 35-plus passes when behind.

As a result, Jacoby Brissett’s pass attempts have been fairly polarized, tending to be either over 35 or under 28 and rarely falling in a mean range. 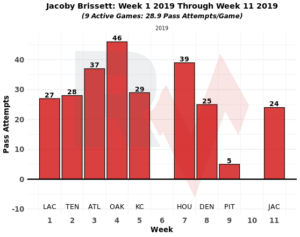 But a total lack of Marlon Mack tonight (OUT, hand) all but removes one of those options. Even if the Colts are playing from out front, they won't have their workhorse back for 20-plus carries.

Regardless of how this game plays out tonight, Brissett is likely to have more on his plate. He had the best passing performance of his career when these two teams met in Week 7, completing 36 of 39 passes for 326 yards.

Such a gaudy 8.4 yards per attempt (YPA) is not uncommon against the Texans. They're one of the league's worst pass defenses, allowing:

JJ Watt's season-ending injury is giving opposing QBs even more time to operate. In the two full games since losing Watt, Gardener Minshew completed 27 of 47 passes, while Lamar Jackson was on pace for about 22.6 completions last week before being benched for the fourth after lighting up this pass defense for three quarters (backup Robert Griffin went 2/2 in relief).

Even including Jackson's 17 completions in an abbreviated appearance last week, seven of 10 QBs to face the Texans have hit this target mark of 19.5.

Oh, and TY Hilton has a decent shot at suiting up in this one as well, which would only increase confidence.

This is the rare prop where I would be willing to pay the juice up to -150.

Treat this Colts Texans prop lean as entertainment and play it at your own risk.