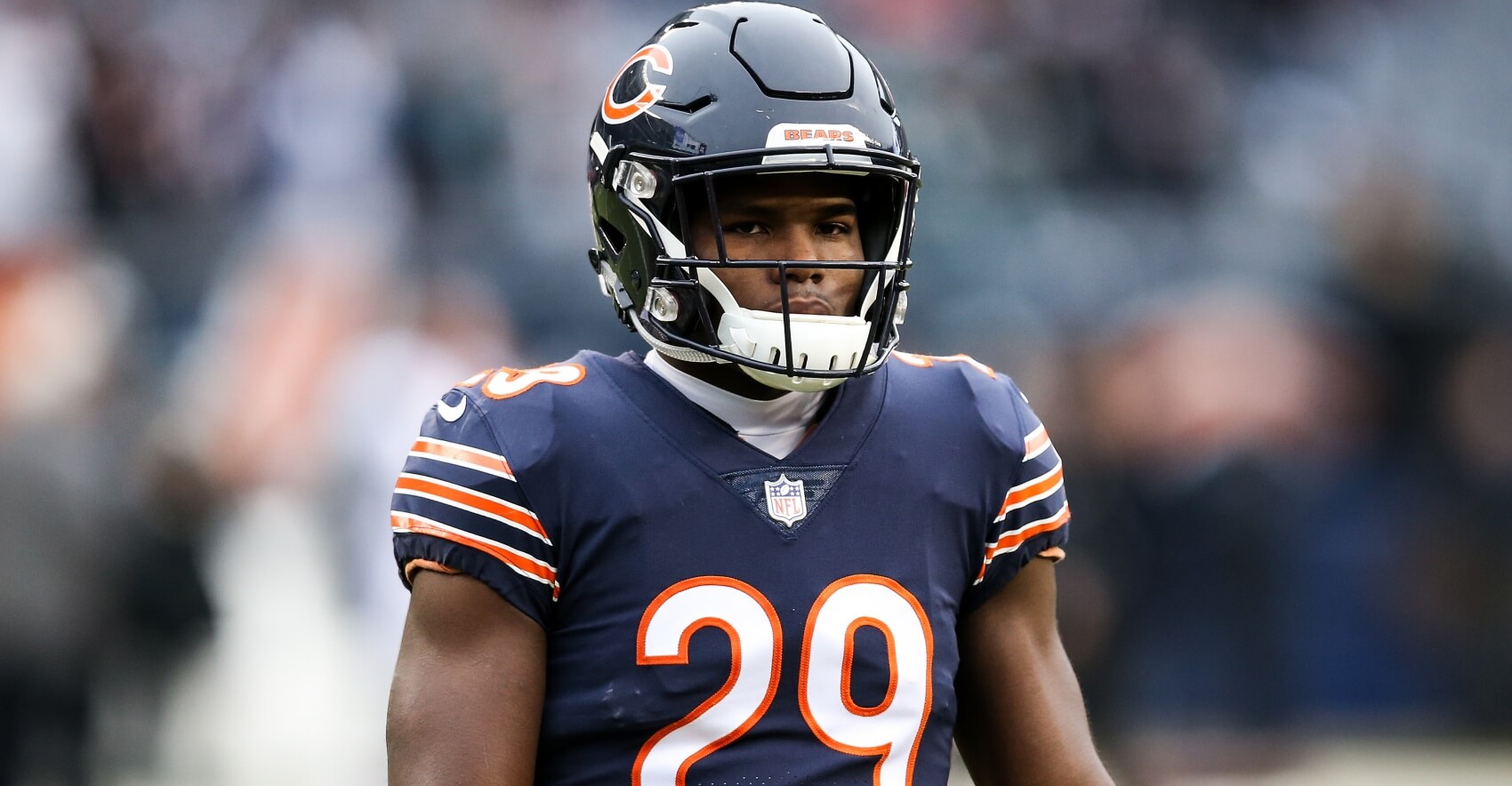 The Patrick Mahomes show rolls into the Windy City on Sunday night, and we're breaking down the best Chiefs Bears props for SNF.

The 7-7 Bears are six-point underdogs as they play out the string, still reeling and hungover from the double-doink playoff game. Meanwhile, the Chiefs will attempt to keep their faint hopes for a top-two seed in the AFC alive.

The middling total of 44.5 and the fact that both teams rank in the bottom eight offensive plays per game suggest a more contemplative pace than we're used to seeing in Chiefs games.

We're looking to both backfields as we serve up our favorite props for this one. Bears RB Tarik Cohen is our feature play, while we'll round things out with a lean on LeSean McCoy for those looking for a little more action in primetime.

We're coming off a sweet 3-0 sweep of the Saturday card, so let's keep it rolling into Sunday. Playoffs are just around the corner, and there's never been a better time to join us.

Volume meets inefficiency as a well-fed Tarik Cohen clashes with the defense giving up more RB receiving yards than any other team in the league.

Kansas City's 57.5 receiving yards per game allowed to the position is dead last, while they also rank:

Those trends line up well with Cohen's recent role as the de facto No. 3 WR in Chicago with Taylor Gabriel still playing the Elf on the Shelf.

Since Week 10, Cohen ranks fourth in receptions among all RBs (5.5/game), more than Kareem Hunt and James White. His 6.5 targets per game are also fourth in that stretch, better than Saquon Barkley.

Cohen has now racked up at least 4 receptions in six-straight games and nine of 14 on the year. 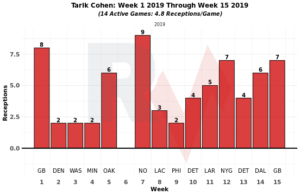 Cohen hasn't necessarily been efficient with his looks. He ranks just 11th in receiving yards in that stretch despite garnering the fourth-most targets, which is why we're leaning towards to over on receptions rather than yards (set at O/U 28.5).

The Chiefs are favored by six points in this Sunday nighter, setting up a solid game script for Cohen, who should have ample opportunity to rack up receptions against a defense that's happy to allow them.

Leans are unofficial plays for people who want a little more action on primetime games. I've bet these personally but don’t have sufficient confidence to make them official public plays.

Treat this Chiefs Bears prop lean as entertainment and play it at your own risk.