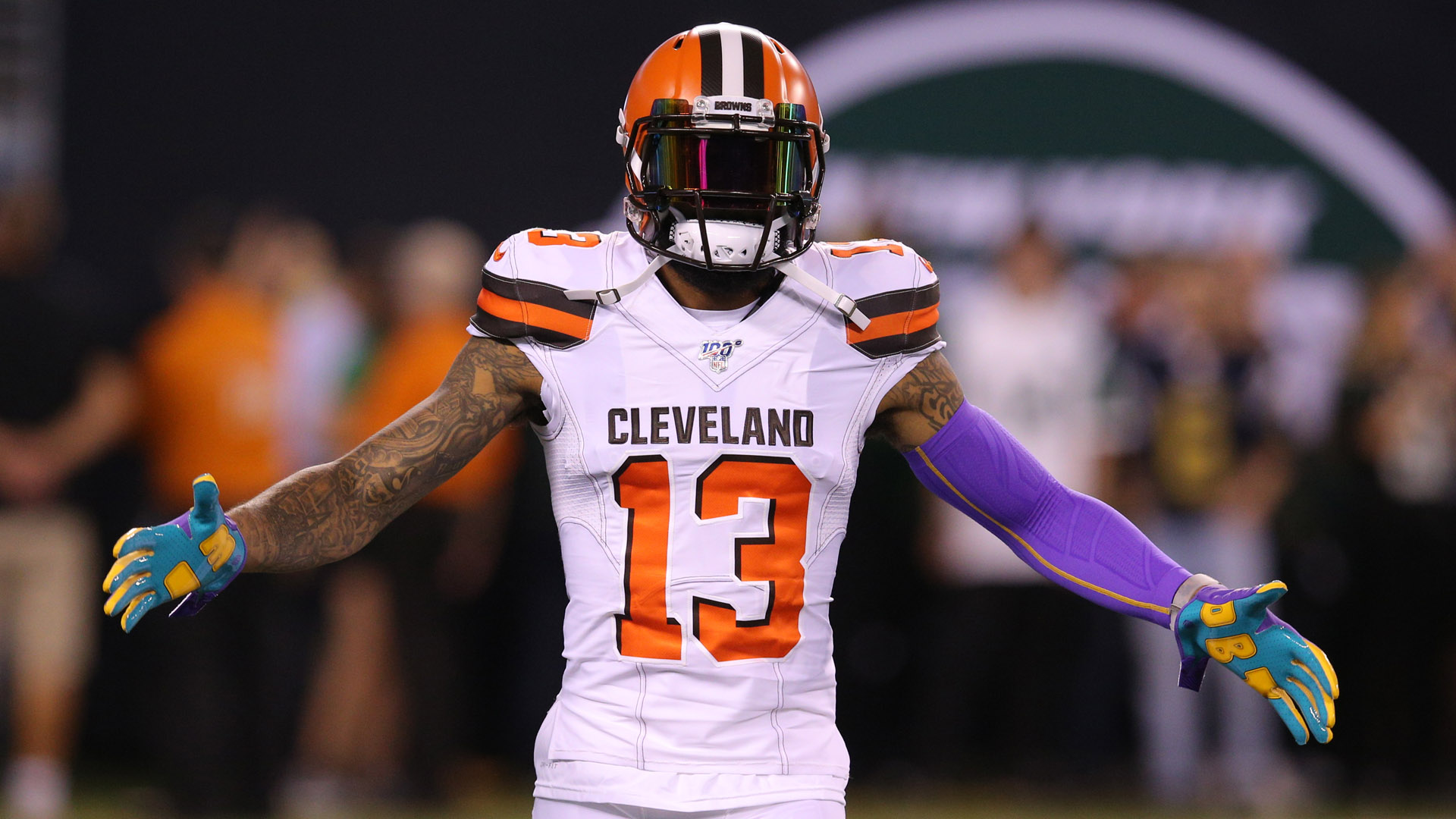 Pittsburgh and Cleveland serve up an NFC North slugfest for the Week 11 opener, and we're breaking down the best Browns Steelers Props for TNF.

The most widely-available prop market out there has once again released some early lines on a Wednesday (they did it last week too). That gives us a chance at securing some closing line value (CLV) by getting ahead of the market before most of the money starts rolling in tomorrow.

Both of the props I'll lay out here on Odell Beckham and Jarvis Landry appear slightly mispriced and are likely to move as we get closer to kickoff, so let's get to it.

The first is an official play while the second is a strong lean. Our article leans are now 15-5 (75%) on the year.

We're coming off a perfect 2-0 card on SNF and a 1-0 official card on MNF, so let's stay hot in primetime. You can find full results on our profitable 2019 season in the link.

Like NBA props? We've got you covered with FREE picks for Thursday night's slate here.

THURSDAY UPDATE: As expected, this line has moved quite a bit since this piece was published on Wednesday. It's as high as 5.5 receptions at some shops, while those who still have it at 4.5 are juicing it to -195.

Beckham has been a player we've avoided so far this year, as his big-name profile simply wasn't living up to the mediocre pass volume he was actually seeing, making for some awkward prop betting lines.

But the Browns appeared to flip the switch last week, as Baker Mayfield force-fed Beckham a season-high 12 targets despite the nightmare matchup with Bills shutdown CB Tre'Davious White. 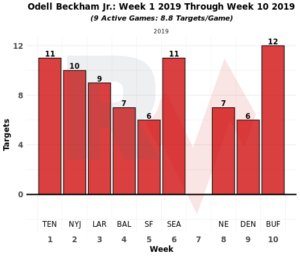 White was a factor, as expected, knocking away four passes and holding Beckham to five catches and a 42% catch rate. But the ex-Giant still hit the over on his receptions Over/Under of 4.5 last week thanks to pure volume. And I'm surprised to see that the line hasn't been adjusted this week, despite the mammoth spike in targets.

Despite some bumps along the way, Beckham has at least five receptions in four straight games - all of them in difficult matchups vs SEA, NE, DEN & BUF - and has now hit this mark in seven of nine as a Brown, overall.

Editor’s note: Our NFL subscriber prop plays are hitting at 59% on the year — join us and get all our picks, plus premium Slack chat.

The Steelers defense has stiffened considerably over the last month. So don't expect elevated efficiency from the Browns passing game in this one, but do anticipate a more urgent pace than what we've grown accustomed to.

Beckham may not see 12 targets again, but eight or nine is well within the chunkiest part of his range of outcomes.

This could be the last week we see a receptions total so low for Beckham, so we've got to capitalize while we can.

Treat this Browns Steelers prop lean as entertainment and play it at your own risk.