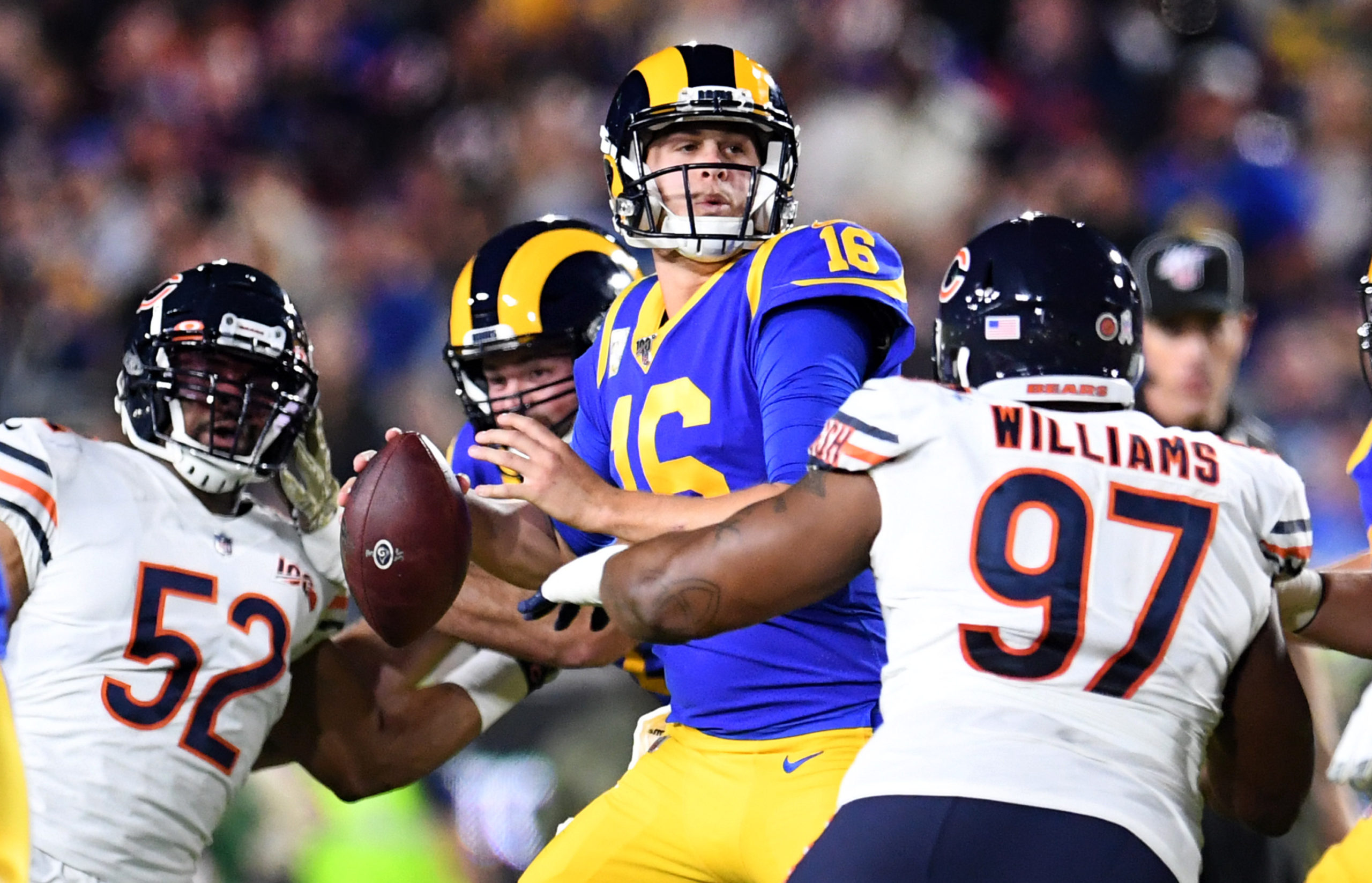 After missing the playoffs last year, the Rams went back to the drawing board on offense. Goff ranked first among all QBs in attempts last year (39.1/game), but they’ve taken a ton off his plate, and that number is way down to 31.7/game this year, 15th most.

Still, his yardage totals rank 11th, and Goff has been reasonably efficient. Can he find a way to stay efficient against the Monsters of the Midway?

We missed on last night’s primetime play, so let’s finish out the week strong with this one.

Note: We locked this in on Friday at Under 250.5 Passing Yards for our subscribers, but we like this down to 240.5. if you’re the kind of bettor that always wants every cent and yard of value, we’re the betting service for you.

This Rams offense is a different animal:

They’re also playing at a much slower pace. The Rams were the fastest team in the league last year in terms of average seconds per snap (24.1), but this year they’re 11th worst (27 seconds/snap).

It’s clear they want to run the ball, and that sets up well for our purposes against a run-funnel Bears defense that has stifled opposing signal-callers.

Teams have found more success on the ground against the Bears than through the air.

Chicago is allowing 113 rush yards per game, 15th most, but they cede the eighth-fewest passing yards (224.2/game).

How does that play when it comes to props? QBs facing the Bears are 5-1 to the under, falling short of their over/under line by an average of 28 yards.

The bad news Bears have been just that for Goff, in particular.

He’s met them twice in his career, and both instances were a disaster, with volume and efficiency metrics falling off a cliff, per the RotoViz Splits App. 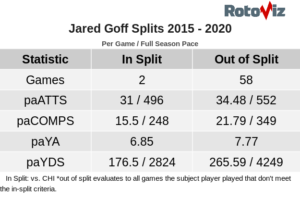 Jared Goff’s numbers vs the Bears on the left; vs every other team on the right.

This is the second-lowest totaled game of the week at 45.5 points. It’s not just the Bears who are a run funnel defense, either; the Rams are built the same way, and with Nick Foles at QB, the Bears will be happy to oblige and keep the ball on the ground.

Expect to see plenty of handoffs and ticking clocks as these two teams try to hide their QBs and escape with an ugly win.