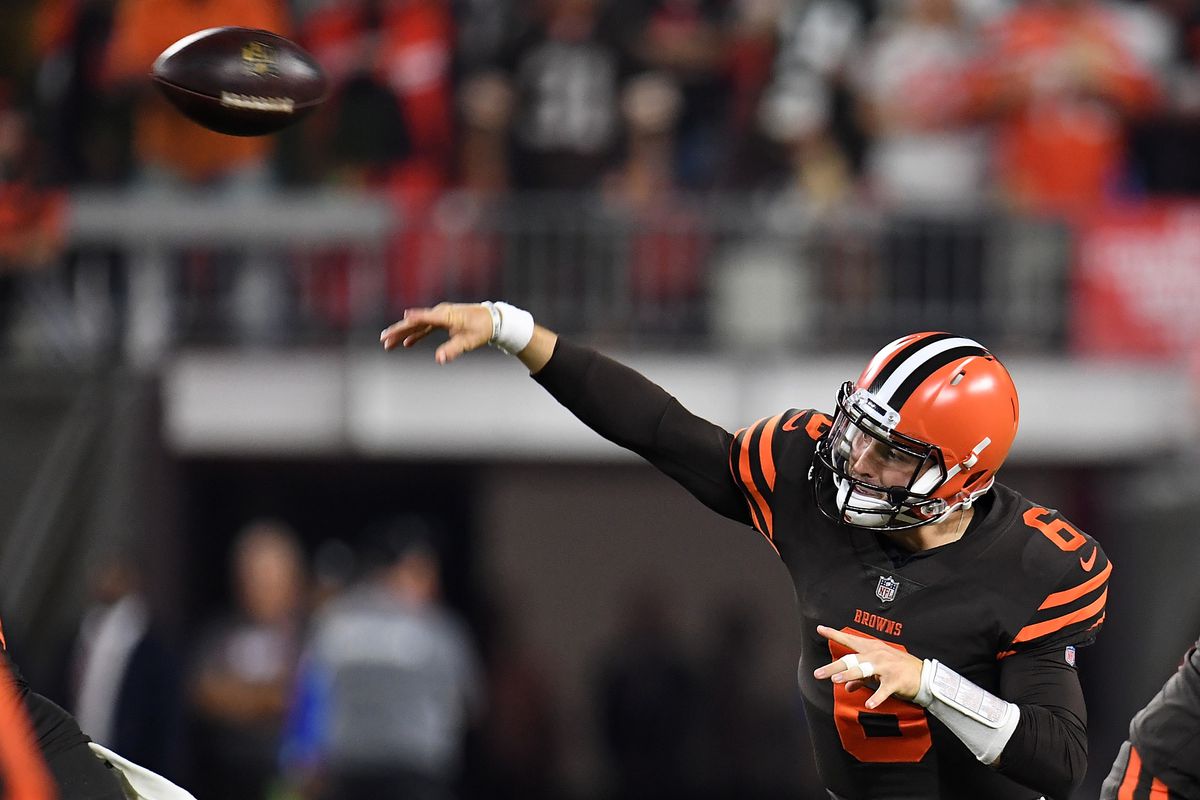 Week 4 is off to a strong start after Adam Thielen and Kyle Rudolph helped us to a 2-1 record on Thursday Night Football.

Let’s keep it rolling into Week 4.

Take advantage of the value on Mayfield while you can.

The first-overall pick looked decisive and accurate in leading the Brown to their first victory in the past three seasons.

In just over a half of football, he had 19 percent more passing yards than Darnold managed in a full game last week.

Mayfield’s matchup only gets sweeter against an Oakland defense which is last in the league in QB sacks. Darnold, however, heads to Jacksonville, the place where QB stats go to die.

The Jaguars gave up the fewest passing yards to QBs last season and rank third in that category so far this year.

I’m happy to pay the chalk for what looks like a major mismatch.

We’ll be playing Mayfield in a few head-to-head prop bets this week, and other candidates to pit him against include Blake Bortles and Derek Carr.

Check in on the Twitter feed for fresh bets all weekend.

Carson appears to have fully seized control of the Seattle backfield. After playing on 25 and 19 snaps in the first two weeks, he dominated over rookie Rashaad Penny with 51 snaps versus the Cowboys last week, parlaying them into a whopping 32 rushes for 102 yards.

The Cardinals’ opponents have 94 rushing attempts so far – more than any other team – and Arizona has also conceded the second-most rushing yards.

The Seahawks are road favorites and have every reason to continue their ground assault.

While Carson had 32 rush attempts last week, Collins is stuck in a time share and has just 34 attempts all year. Now he gets a Steelers defense which, for all its deficiencies against the pass, has yielded just 210 yards on the ground — seventh best in the league.

Collins had a season-high 68 yards in a game where Baltimore led most of the way last week, but the Sunday Night Football affair against Pittsburgh projects to be won through the air, not the ground.

We promised you more John Brown prop bets, and we don’t mess around. Brown has become one of the most undervalued WRs in the league, amassing more Air Yards over the past two weeks than any other player.

We’ve made this bet three straight weeks and are 3-0. And why not? Brown’s weighted opportunity (WOPR) and average depth of target are way ahead of Crabtree’s, while the target share is similar.

That’s a recipe for value.

While Brown matches up against one of the leakiest secondaries in the league in a game with the fourth-highest point total this week, Cole faces a decent Jets pass defense in a game that has the lowest total of the week at 38.5 points.

New York has proven beatable in middle of the field, but Cole will mostly face top-tier CBs Trumaine Johnson and Morris Clairborne. He’s gone off to the tune of 116 yards in one game, while being held to 54 and 40 yards in the other two.

He’s a boom-bust option, but unlike Brown, he’s been more of the former than the latter of late.