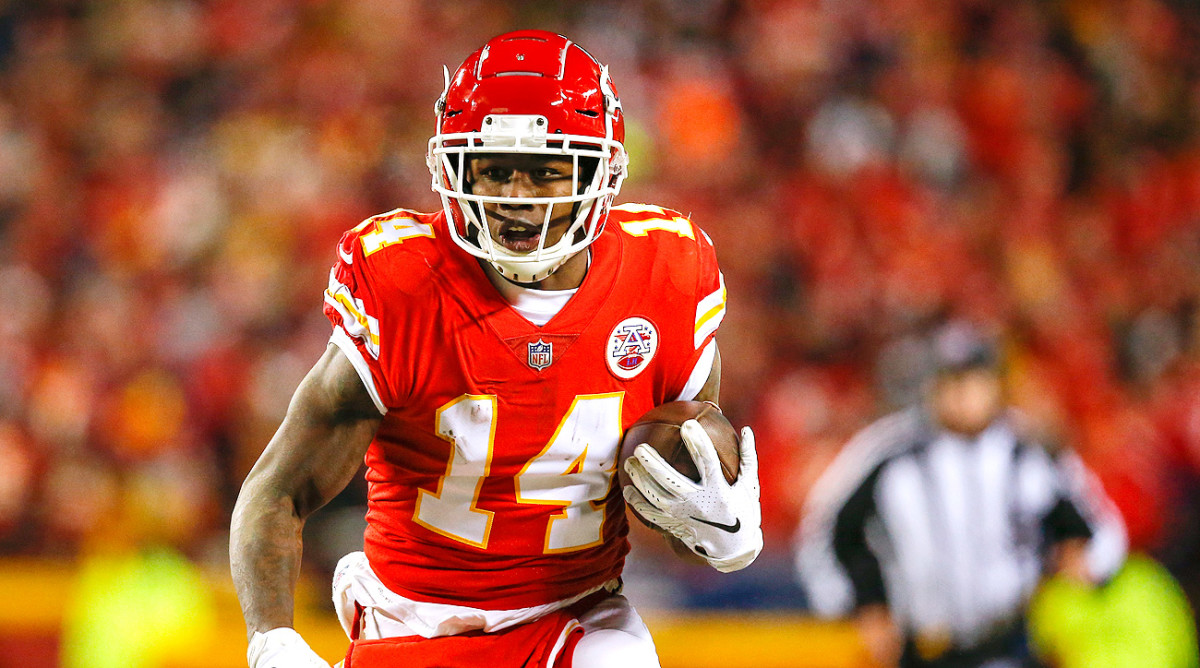 We’re still a week and a half away from the big game, and already we have some Super Bowl props to break down.

Don’t worry, we’ll tackle some of the fun Super Bowl props like the halftime show in the days ahead as well, but player props are what we do best, and with a few of those lines already hitting the market, we wanted to take advantage of any early spots that pop out.

As should be expected in such a huge game with massive public appeal, Super Bowl player prop lines are looking very tight indeed and there is unlikely to be a ton of value in that department.

There is one that looks like a deal in these early days, however, so let’s jump right in.

Join us here for special playoff pricing and get all of our prop plays through the Super Bowl.

We’re snapping up this Under 4 Receptions while it’s hot because it’s likely to be juiced or moved to 3.5 soon. It already opened at O/U 3.5 at Bet365, and that’s where we anticipate the line will move as we approach kickoff.

This line has recency bias written all over it, as Watkins busted out for a rare huge game last week against the Titans. His 10 targets in the AFC Championship were the most he’s seen since Week 3, as were the 7 receptions.

Take away last week, as well as his hot start in Weeks 1 and 2, and Watkins is left with the following averages:

Even including his big games, Watkins’ median result for receptions is 3. He’s put up a goose egg in two games this season while going over our mark of 4 receptions in 7 of 16 games (including playoffs, not listed here). 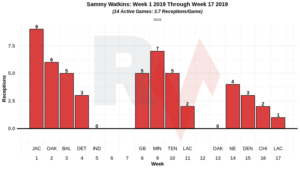 Watkins tends to split time in the slot with Tyreek Hill, but he’ll still kick outside about half the time and will see some of Richard Sherman, who’s allowing a 63% catch rate against opposing WRs.

The 49ers faced 85 different WRs in the regular season, and just 12 of them (14%) have managed to eclipse 5 or more receptions.

Watkins is the kind of boom-or-bust player who can beat this line by the third quarter, but there’s no question the line is a little off given his median production and the matchup, so we’re compelled to take advantage.