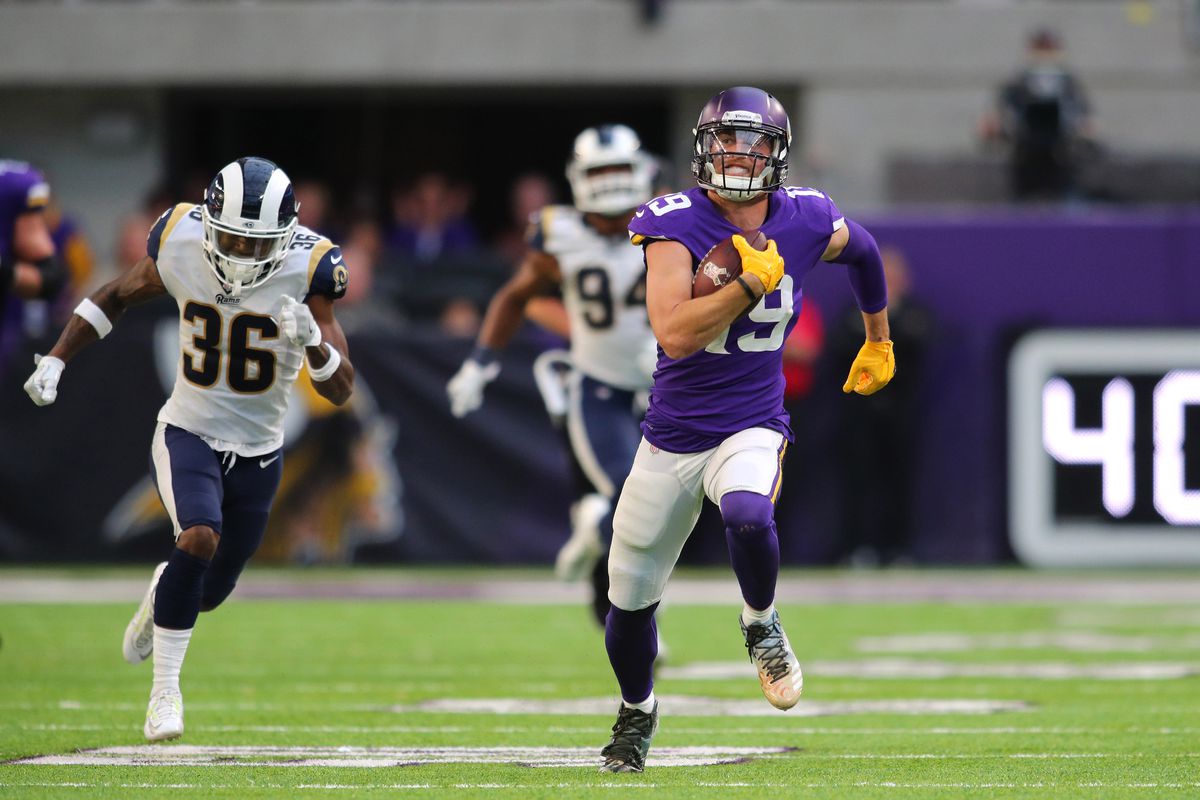 This Thursday Night affair has the look of a tough card to crack.

The Rams are a bit of a nightmare from a prop betting perspective, as their balanced attack makes it tough to predict who will see volume in a given week.

With two excellent receivers in Adam Thielen and Stefon Diggs, the Vikings aren’t much easier to figure.  Dalvin Cook is also banged up and carries a questionable-to-play tag, which doesn’t help to clarify things at all.

So while you should keep the unit sizes on the smaller side tonight, let’s dive in and see what value can be found.

Here’s the thing — it’s very hard to project how the Vikings will attack a battered Rams defense tonight, a unit that’ll be without elite cornerback Aqib Talib, while Marcus Peters will be active but is also nursing an ankle injury.

Up until now, teams have avoided the elite duo and targeted the middle of the field with TEs and slot WRs. The Rams have surrendered the fourth-most yards to TEs with 268 through three games.

It’s possible that without Talib, and a limited Peters, Minnesota takes advantage of mismatches with Diggs and Thielen.

However, it’s also possible they continue the trend of attacking the middle of the field

It’s unlikely to be a big night for Rudolph, but there is value at this number.

Again, not a play I’m super confident in, as this is a big number to beat, but Thielen has topped 100 yards in three straight games.

His 44 targets is tops among all WRs, and his target market share laps that of team mate Diggs.

There are multiple reasons to believe that the Vikings will need to win this one through the air:

Combine all that with the fact Vikings have made it obvious that the offense runs through Thielen, and a fourth-straight 100-yard game seems well within reach.

We have yet to employ any defensive player prop bets so far, but this is another number that appears to be a solid value.

The reigning defensive player of the year is a stud rushing the passer from the interior, but he has zero sacks so far in 2018. Yet, the +120 / 2.20 odds on the over imply a 45 percent probability of Donald getting to Kirk Cousins  at least once.

The Rams rank a lowly 29th in QB hits with 13, and second last in sacks with four.