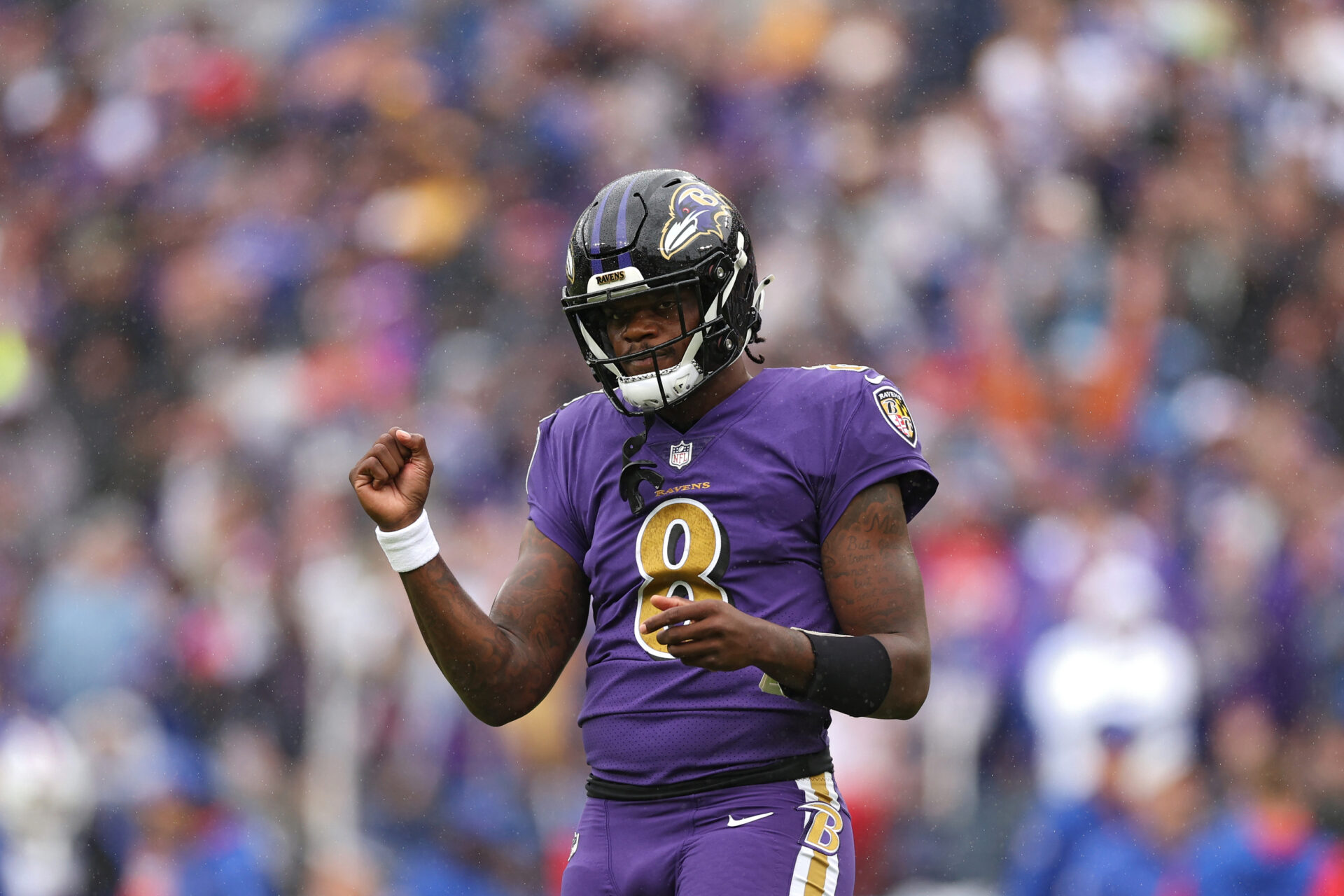 The Buccaneers host the Ravens as slim 1.5-point favorites on Thursday Night Football in a game with a 46 point total. The Bucs opened as 3.5-point favorites in this one, and we’ve seen some significant movement toward the Ravens. As for TNF Props, options are a little limited as we wait on some key injury news — here are the 5 best trends to consider so far.

Shop MNF Player Props ’till you drop with our Prop Odds Comparison Tool.

As you can see from our line shopping tool above, Jackson’s Passing Attempts line can be found at both 28.5 and 29.5 for tonight’s game.

It’s a key number for him. 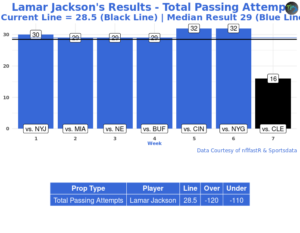 At 28.5 Attempts, Jackson has gone over that number in 6-of-7 games on the season. However, once the line switches to 29.5, it’s a different story — the former MVP has only hit that number in 3-of-7 games.

The availability of stud TE Mark Andrews (ankle) will be crucial for this prop tonight. He’s missed practice all week and is a true question mark. 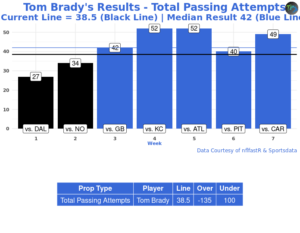 On the other side, Tom Brady’s Passing Attempts prop of 38.5 is equally as interesting.

After toying with a run-first approach in the first few games, the 45-year-old has sailed over this total in five-straight games, and on the year he has a median result of 42 attempts. 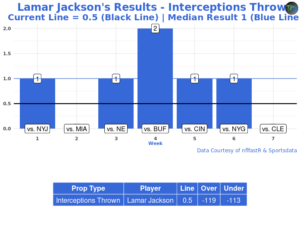 Tampa Bay has forced six interceptions in seven games, ranking them right in the middle of the pack. However, their secondary is suffering through a string of injuries, and they’ve failed to record an interception in three-straight games. 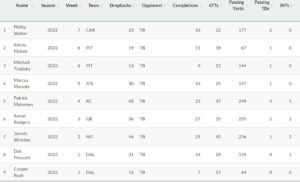 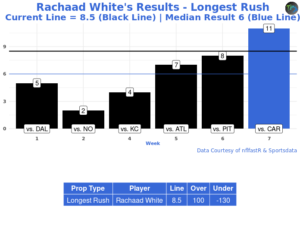 RB Rachaad White has gone under his prop for Longest Rushing Attempt of 8.5 yards in 5-of-6 games so far. However, this is an example of where hit rates might not tell the whole story.

The rookie has been getting better in every game, and coach Todd Bowles certainly sounds like he wants to see more of White going forward, which could mean more opportunities to bust one. 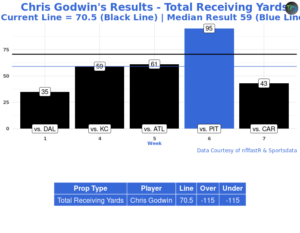 Chris Godwin is as healthy as he’s been all season, but this line is still high — the highest line he’s had all year.

He does get a good matchup against a banged-up Ravens secondary. Still, he’s only hit this number on 1-of-5 starts so far.