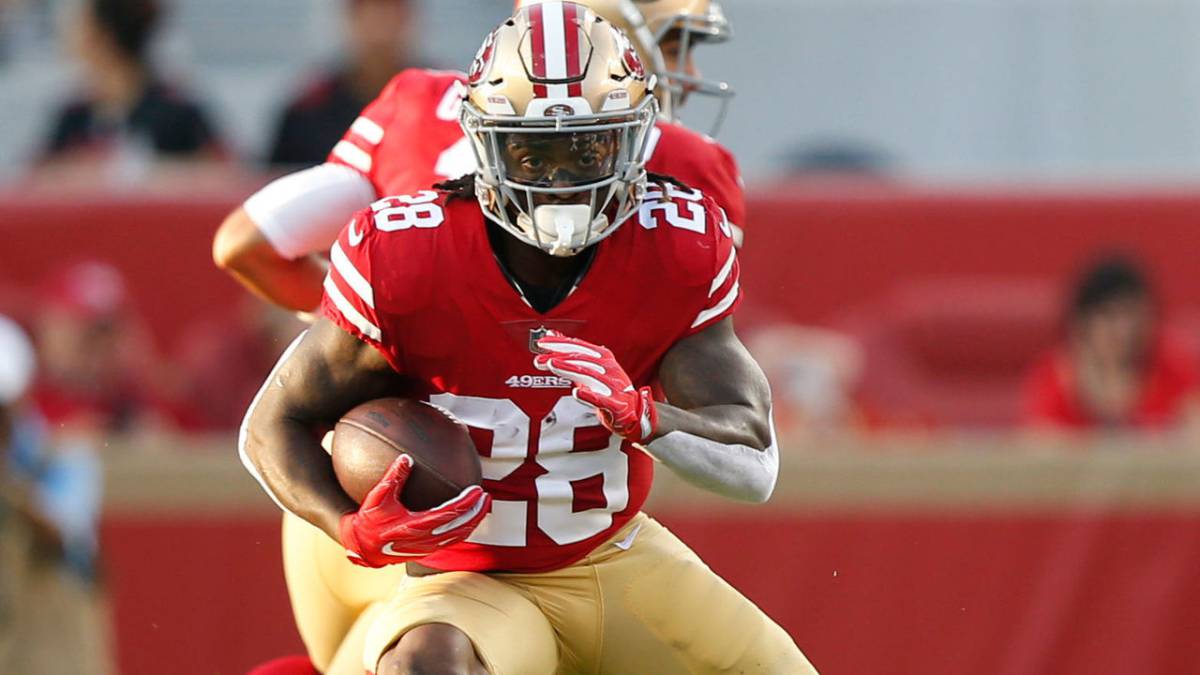 It’s been a nightmare week for the 49ers, and they’re severely shorthanded for this rematch of last year’s NFC Championship Game, as we pin down the best 49ers Packers props for Thursday Night Football.

After losing George Kittle to a broken foot, the 49ers also announced that WRs Brandon Aiyuk, Deebo Samuel, and Kendrick Bourne would all be placed on the Covid Reserve list.

Backup QB Nick Mullens gets the starts with the luxury of Trent Taylor his top WR, which should leave lots of passing work for McKinnon.

We’re coming off a primetime win on MNF so let’s stay hot.

We were leaning towards taking this over even before it was announced that Bourne and Aiyuk would be shelved.

Sharing the field with receiving stiffs like River Cracraft and Kevin White, there’s a real chance that McKinnon could push for the team lead in targets.

Last week, with Samuel out and Kittle injured, McKinnon collected all four of his targets for 40 yards, and I like his chances of seeing a few more than that tonight. Even while sharing the field with those guys, McKinnon’s averaged 21 yards on 3.6 targets this year.

Don’t forget that the 49ers are short at RB too, with possibly only McKinnon and JaMycal Hasty active, so he should be on the field a lot, especially in a game they’re projected to lose by more than one score.

The best way to beat the Packers is to take advantage of their soft run defense, which has allowed 4.7 yards per carry, 11th most.

That’s a big ask when you’re a two-score underdog, so the next best bet may be to take advantage of their tendency to allow a ton of air yardage to RBs.

The combination of severely limited pass catchers, game script, and a Packers defense that has been killed by receiving backs makes this line a little too low, and I expect it to gain steam all day.