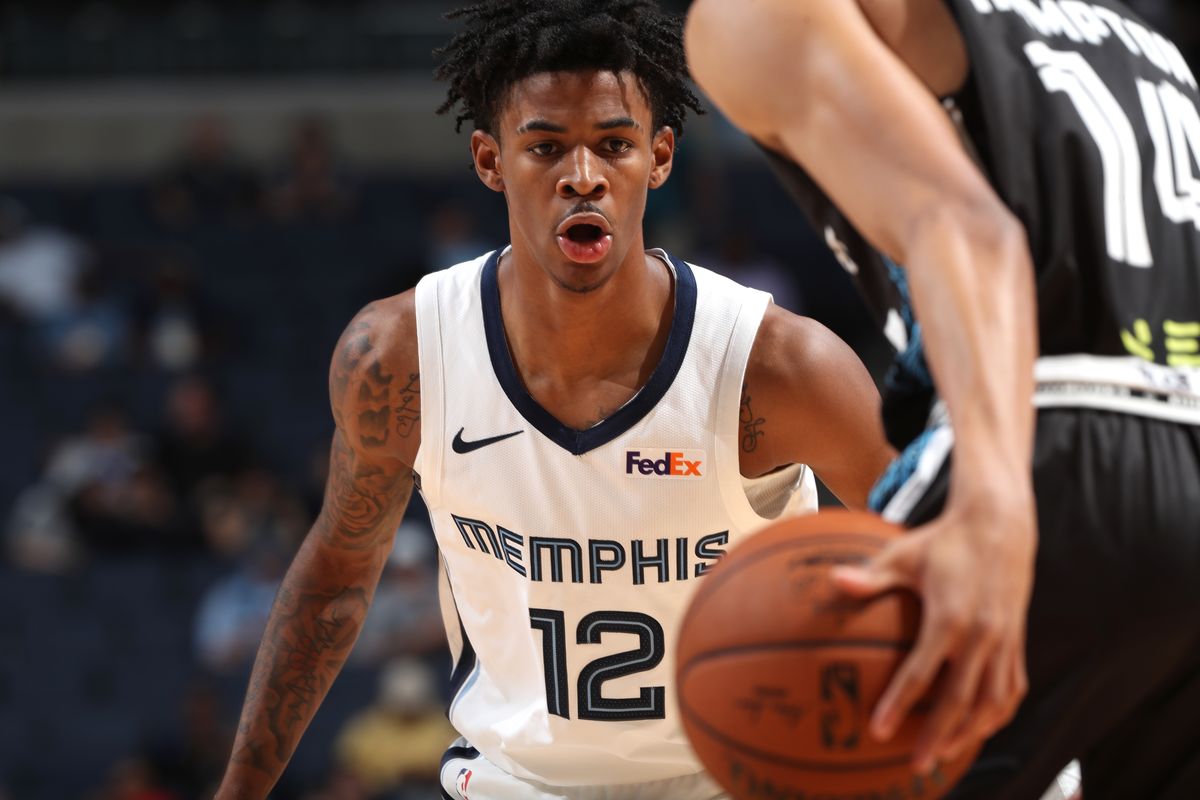 With nine games on tap, we’ve not plenty to choose from as we run down out best NBA props for Wednesday night (11/6).

We kick things off with a look at electric rookie Ja Morant in a game between Minnesota and Memphis which currently has the third-highest total of the night at 226 points. That makes for some intriguing angles on both sides, including a spot for Minnesota’s Andrew Wiggins.

We’re looking to bounce back from an unfortunate 1-3 card last night, and we have a lot to get to, so let’s jump in.

Morant is on fire and shooting at an incredible rate, averaging 16.75 shot attempts per game over his last four, along with 23.25 PPG while hitting a remarkable 57% from the field in that stretch.

He’s also averaging 3.75 rebounds and 6 assists per game over his last four, proving his ability to do more than just score.

Over those last four, Morant has averaged a total of 33 points + rebounds + assists and no one on the Grizzlies has taken more shots than him. The Grizzlies offense is running through Morant and his usage number of 29.8 per game is highest on the team. In comparison, Karl-Anthony Towns currently has a 28.8 usage percentage.

There is no team in the NBA that gives up more points to opposing point guards, and with Morant’s usage, ability to stuff the stat sheet, and high usage rate, take the over 27.5 Points + Rebounds + Assists.

Editor’s note: If you like these free NBA props for Tuesday, be sure to check out our NFL props package as well!

Wiggins gets a fast-paced matchup against the Memphis Grizzlies tonight and is in an excellent spot to put up points.

Minnesota is currently projected to score 115.5 points, and in four games this season when Minnesota has scored at least 115 points, Wiggins has averaged 20.75 points and eclipsed 19.5 points in three of them.

Wiggins doesn’t offer us many peripheral stats, as he is averaging just 5.2 rebounds and 1.7 assists per game, but his 21.2 PPG proves his scoring prowess. We’ve also seen an improvement in how well Wiggins has shot the ball so far this season, averaging a career-high 49% shooting from the field and a career-high 78% from the free-throw line.

He’s playing more shooting guard this season, which has certainly contributed to his boost in scoring and efficiency.

Defensively, Memphis has had difficulty guarding the wing this season.

Towns will return to the lineup tonight, but in the four games that he’s played, Wiggins is still averaging over 20 points per game, including a season-high 25. Towns gives Wiggins single coverage and also creates more opportunities for him to score the ball.

With the fast pace matchup, the high-total and Wiggin’s ability to score the ball, we’re targeting Wiggins in a good spot.

Kyle Lowry is off to a red-hot start so far this season averaging 38.9 minutes per game, 24 points, 5 rebounds and 6.8 assists. He’s locked into solid minutes in a matchup with the Kings who allow 41.5 PRA to point guards.

Over his last three, Lowry is averaging 38.6 PRA. Toronto has not played a game since Saturday night and they do not play again until Friday, so regardless of the score, Lowry should be locked into minutes to stay fresh and active.

Sacramento is currently allowing opposing point guards to put up 26.6 PPG, sixth-worst in the league.

Lowry has hit the 31.5 points + rebounds + assists mark in four of his last five games and is one of my favorite NBA props for Wednesday.

Jabari Parker was thrust into the starting lineup for the Hawks last night with late-breaking news that Starting Power Forward John Collins was going to be suspended for 25 games.

Parker played a season-high 32 minutes and shot the ball a season-high 14 times in a tough matchup with the San Antonio Spurs. He didn’t disappoint, scoring 19 points while grabbing 8 rebounds and dishing out 2 assists.

He and his Hawks are at home tonight against the Bulls, who are fresh off a loss to the Lakers last night. The Bulls have struggled to guard Power Forwards this year allowing 29 points and 13.9 rebounds per game to the position.

Some Power Forwards who have had success against the Bulls this season:

Parker will have a bigger role again tonight, and players with similar skill sets have had great success against the Bulls.