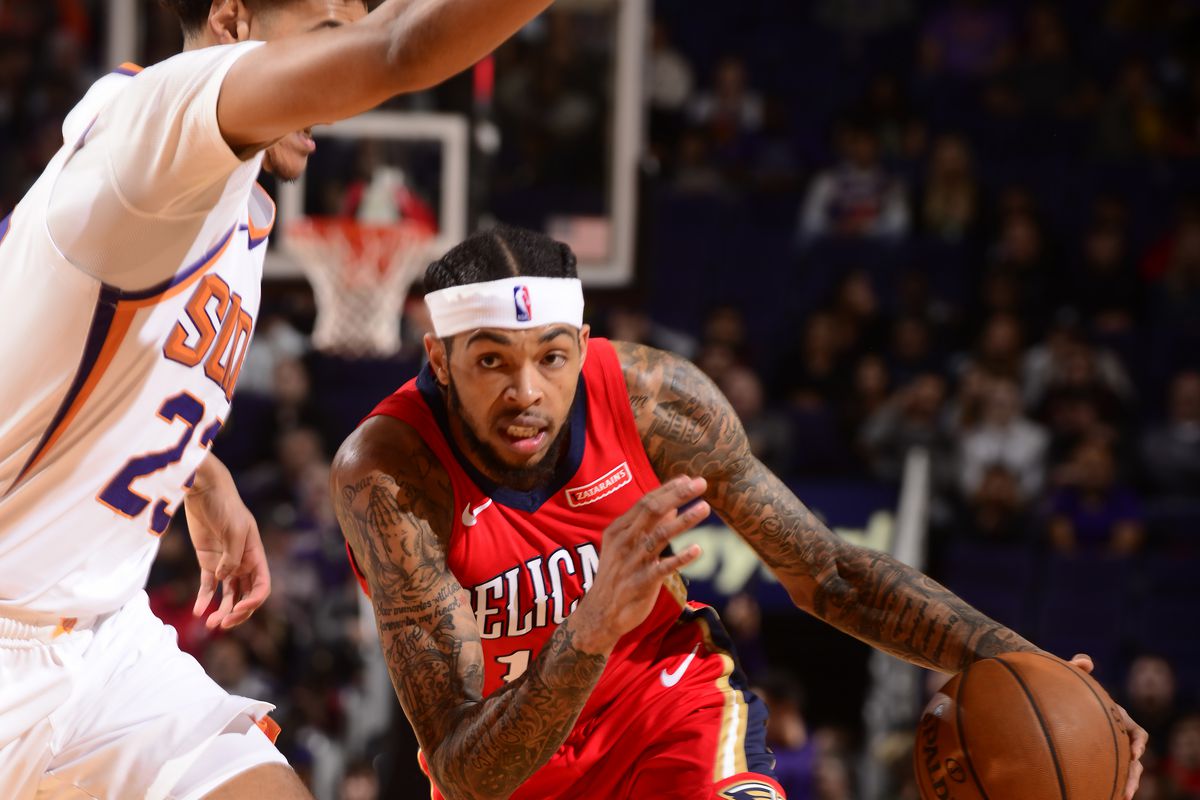 We hope you all had a great Thanksgiving, but we’re already back to the grind with 12 games on the docket and plenty of NBA props to choose from.

On big slates like this, our strategy is to limit our exposure to low game totals and high spreads. This works to minimize variance and gives us a better chance at predicting outcomes. It’s a strategy used to success in DFS and prop betting is no different.

Brandon Ingram is 10th in league scoring at 25.9 PPG and has a nice matchup against the OKC Thunder. Rookie of the Year candidate Ja Morant is finally seeing minutes over 30 consistently and is priced down tonight. DeMar DeRozan gets a brutal matchup against the Clippers tonight and Kristaps Porzingis will bring us home.

Ingram has missed the 23.5 target just once in his last four games, and that was by one point. Oddsmakers are doing us a favor tonight by giving us such a manageable line.

The Thunder have struggled to slow opposing Forwards, especially aggressive slashers and scorers like Ingram, allowing an average of 30.5 PPG this month against prototypes like Ingram.

Ingram is the Pelicans lead scorer and is in a fantastic spot tonight to hit the targeted 23.5 Points.

Morant is one of my favorite players to target. He can score, grab rebounds and dish out assists and he does so at a ferocious pace, averaging 32.5 PRA over his last four games

The most important number for us when considering Ja is his minutes. Any such restriction appears to have been lifted, as Morant has played at least 30 minutes in four straight games, including totals of 33, 34, and 35 minutes during that stretch.

More minutes means more opportunities, and that’s the biggest reason for the bump in Morant’s production. But I don’t think the markets have adjusted to this yet — his PRA Over/Under has not topped 30 all season, including tonight.

Morant played this same Utah Jazz team on 11-15 and had 37 PRA against them, despite shooting just 9-22. The Jazz’s weakest spot defensively is Point Guard Mike Conley and one we have had success in attacking recently, like Malcolm Brogden on Wednesday night.

This is a confusing number but one we’re happy to take advantage of. We highlighted recently how Porzingis worked all off-season on his rebounding and his numbers have spiked this year. He’s averaging career-highs across the board in rebounding and rebounding percentage.

Porzingis gets a matchup against the Phoenix Suns, the 27th-best rebounding team in the league. He’s hit double-digit rebounds in six of seven games and is in prime position to do so again tonight.

These numbers are key because, while Phoenix is pretty good defensively and holding teams to a low shooting percentage, they are not rebounding the ball when other teams are missing. When a team is above average defensively but is also in the bottom five of rebounding, they’re not a good rebounding team.

There are only a few matchups on paper that are better than this for Porzingis tonight, and frankly, the oddsmakers missed on this one.

DeRozan has played much better his last five and is averaging 33 PRA over his last three games.

However, he gets a really tough test tonight against the Los Angeles Clippers as both Kawhi Leonard and Paul George are expected to play. Doc Rivers has been staggering Leonard and George, keeping one of his stars on the floor at all times. This is very bad news for DeRozan who will be seeing one of these two defensive studs the entire game.

DeRozan is priced down a little compared to his recent production; however, the Clippers have all the tools to keep him isolated. He doesn’t shoot any three-pointers at all, making him quite one dimensional.

Out of 150 positional matchups (5 positions x 30 teams), the Clippers rank 15th defensively out of 150 when guarding the Small-Forward spot since both Leonard and George have started playing with one another.

I don’t see many pathers to the Spurs keeping this one close, which also plays a role in this projection.

Given the matchup and the game script, give me the under here.