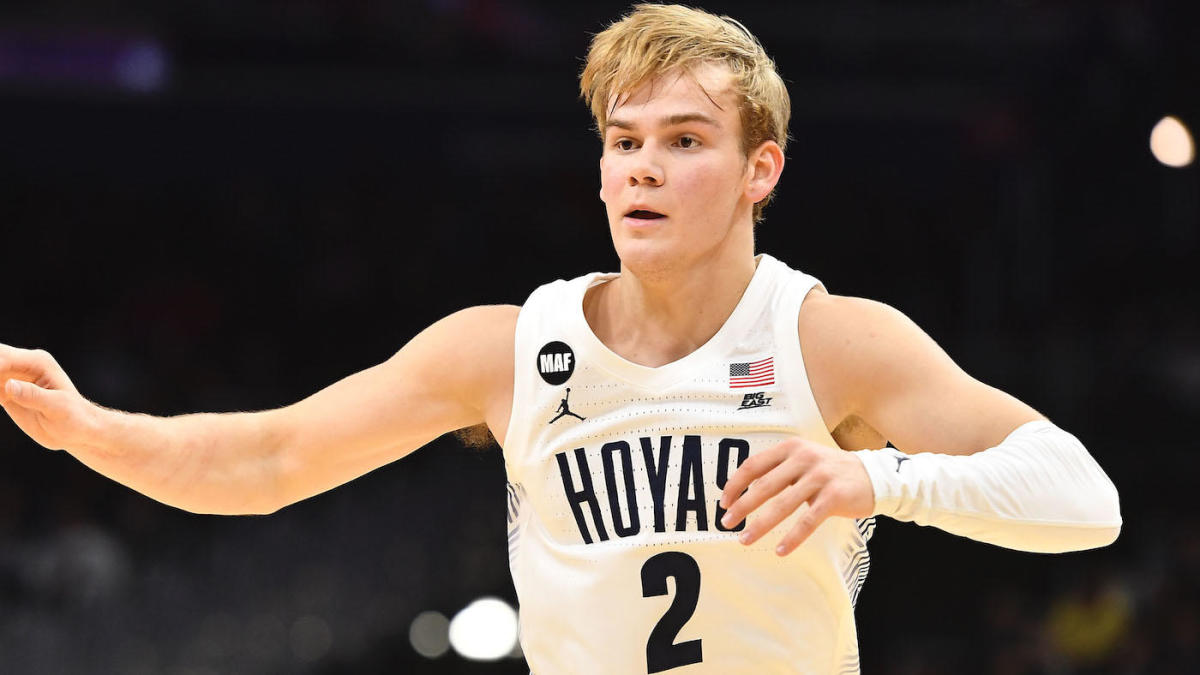 Welcome to the first college basketball player props article of the season!

There probably won’t be many more of these during the regular season, but you can expect more public content during March Madness. And of course, BTP subscribers get access to my daily plays in our Slack community.

We’ll touch on four plays today – two of which are still playable at a full unit, two of which now leans because they have moved over the course of the day. I’ll break down props on Trey Murphy, Jay Huff, Mac McClung, and Quincy Guerrier.

We’ve been attacking these markets hard and are 122-55 (69%) for +57.31u on college basketball player props at DraftKings, FanDuel, and Bovada.

Virginia G/F Trey Murphy’s points prop is set at 10.5 on DraftKings for this ACC matchup against Syracuse.

The under is 8-5 at that number this year, immediately identifying this as a potential value bet. Digging deeper only makes it more appealing.

Murphy is a pure sniper, shooting 53.2% from the field and 50.9% from deep on the young season. While that certainly pegs him as a shooter, no one is that good. It’s reasonable to expect Murphy’s three-point percentage to settle somewhere in the mid-40s.

That means he’s going under this number most of the time this year even though he has been unsustainably efficient. Factor in that his minutes have dipped over the last two games – which could easily just be a mirage, but maybe he is falling out of favor with Tony Bennett and co. – and the under seems like a strong play here.

Our subscribers got this one at u18.5 -112 earlier this morning, but I think it’s still a solid bet at this number (join Bet the Prop to get these picks before they move!).

This one seems like an overreaction to recent games when Mac McClung’s actual role has not changed. He’s been the primary option for the Red Raiders all season, but his efficiency has suddenly spiked. Over his entire college career, McClung has been a relatively inefficient high-volume shooter, failing to hit 40.0% from the field in both of his first two seasons. That trend continued at the start of the year after he transferred to Texas Tech, as he was at 38.2% through 10 games. However, he’s shot 51.5% from the field (40.0% from distance) over his last five games. We can’t expect that to continue, especially against West Virginia’s 17th-ranked adjusted defense. Furthermore, it’s a big ask for anyone to hit 19+ points on a regular basis in Big 12 play.

Leans (Because of Line Movement)

This one opened at 15, and I think it’s nice to have that extra half-point as a buffer in this instance.

Jay Huff has taken on a larger role in Virginia’s offense this year, increasing his per-game average from 8.5 to 13.3. This increase in volume has also been accompanied by an increase in efficiency, as the big man has converted 62.4% of his shot attempts so far. The worrying aspect about this one – and the reason it turns into a lean based on line movement whereas McClung stayed as a full play – is he has double-digit shot attempts in four consecutive games.

While McClung’s hot streak has been efficiency-driven, Huff has actually taken on a larger role in the offense. It’s important to approach that with a healthy deal of skepticism since it is only four games, but it’s enough to knock this one down to a lean at 14.5. It’s still not easy to get 15+ points on ~10 shot attempts, so I’m fine playing this one as a lean.

Unders against Virginia. Books adjust for it, but probably not enough.

Virginia is the slowest team in the country by more than two (adjusted) possessions per game. Per KenPom, the Cavaliers’ adjusted tempo is 59.6. The 356th-fastest team sits at 61.8.

It’s not just pace though; they also have the 18th-best adjusted defensive rating in the nation. Guerrier is actually 8-5 to the over at this line, but he hasn’t played a team like Virginia yet. We got this one at 16.5 earlier today, and the half-point here is enough to knock this down to a lean.

Thanks for reading, and good luck!