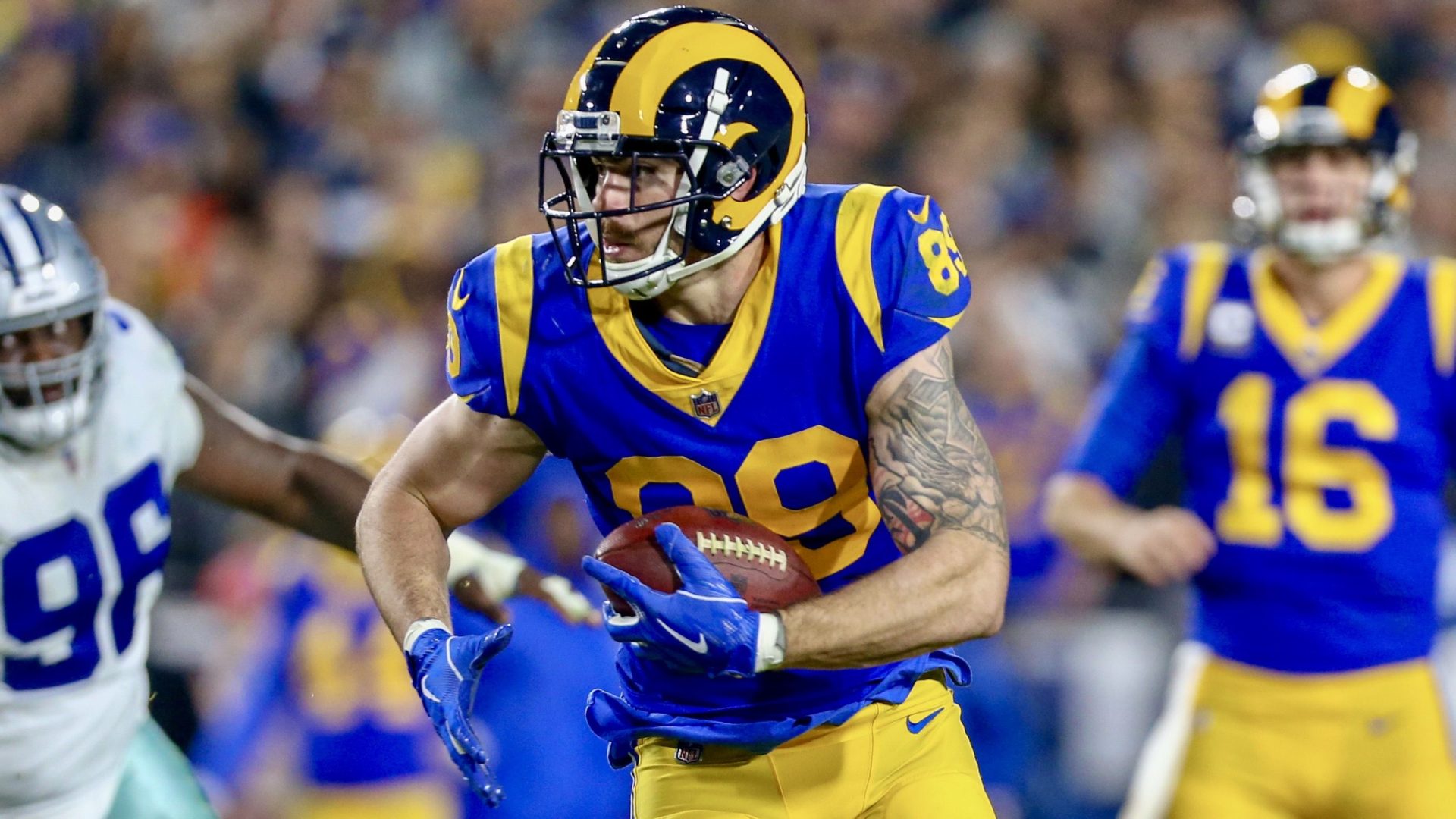 Saturday's three-game slate is a lot like Thanksgiving, only with games that are good -- and we're here for it, breaking down a few of the best NFL props for the Saturday kickoff to Week 15.

The matchup between the Bills and Patriots may have the lowest point total of the week at 37, but it brings up a couple of nice prop spots. We'll get to those after a look at our feature play for Saturday, a Tyler Higbee receiving prop that looks ripe for the picking.

On the year, our combined offshore and domestic props are up over 88 Units, the vast majority on flat one-unit bets. Playoffs are coming, and there's never been a better time to join us.

Let's kick things off with a look at the late game and one extremely undervalued TE.

Note: There is no line available for this prop at the time of publishing. We'll alert our subscribers when the US-friendly offshore markets open one, but in the meantime, you can get this line at FanDuel -- O41.5 available at -112.

This is an aggressively low number for a guy coming off three-straight 100-yard receiving games, the only TE to accomplish the feat this season.

I understand why oddsmakers are a bearish in Higbee this week:

But this line is crazy low. I'm actually shocked to see it below 50 yards; I probably would have set it at 49.5.

Everett may be back, but even if he's completely healthy, it's a stretch to assume he'll steal much work from Higbee, who's been the most productive TE in the league of late. He leads the position in targets, receptions, and yards over the last three weeks while soaking up a hearty 30% of Jared Goff's targets.

Even if he unexpectedly drops off from his 8.3 targets per game to just 5 targets this week, his 8.3 yards per target on the season is enough to get him there.

But I don't see him losing much volume to Everett.

Sean McVay on TE Gerald Everett, who has been dealing with a knee injury: "We’re just kind of feeling it out... Part of that too, is as we complete the game plan and kind of figure out exactly what that looks like and what his involvement would be, if he is feeling good enough.”

Sean McVay may have a bright future as a sports bettor with that kind of hedging. Either way, it doesn't sound as if Everett will be a big part of this week's gameplan.

Maybe you're not buying the coach-speak, and I can't blame you -- but money talks. Don't forget that the Rams made Higbee one of the 10 highest-paid TEs in football right before the season.

Now they're targetting him at an elite at a Kelce-like rate. Why stop now? To force-feed Everett coming off a knee injury? I'm not buying it.

While the 49ers have been a brutal matchup for TEs on the season, they're currently as banged up as anybody on defense. That includes starting safety Jaquiski Tartt, who's played a key roll in slowing opposing TEs all season but won't suit up for this one.

At the end of the day, however, this is all about a number that is at least 10 yards too low. I'd play it to 46.5 without hesitation.