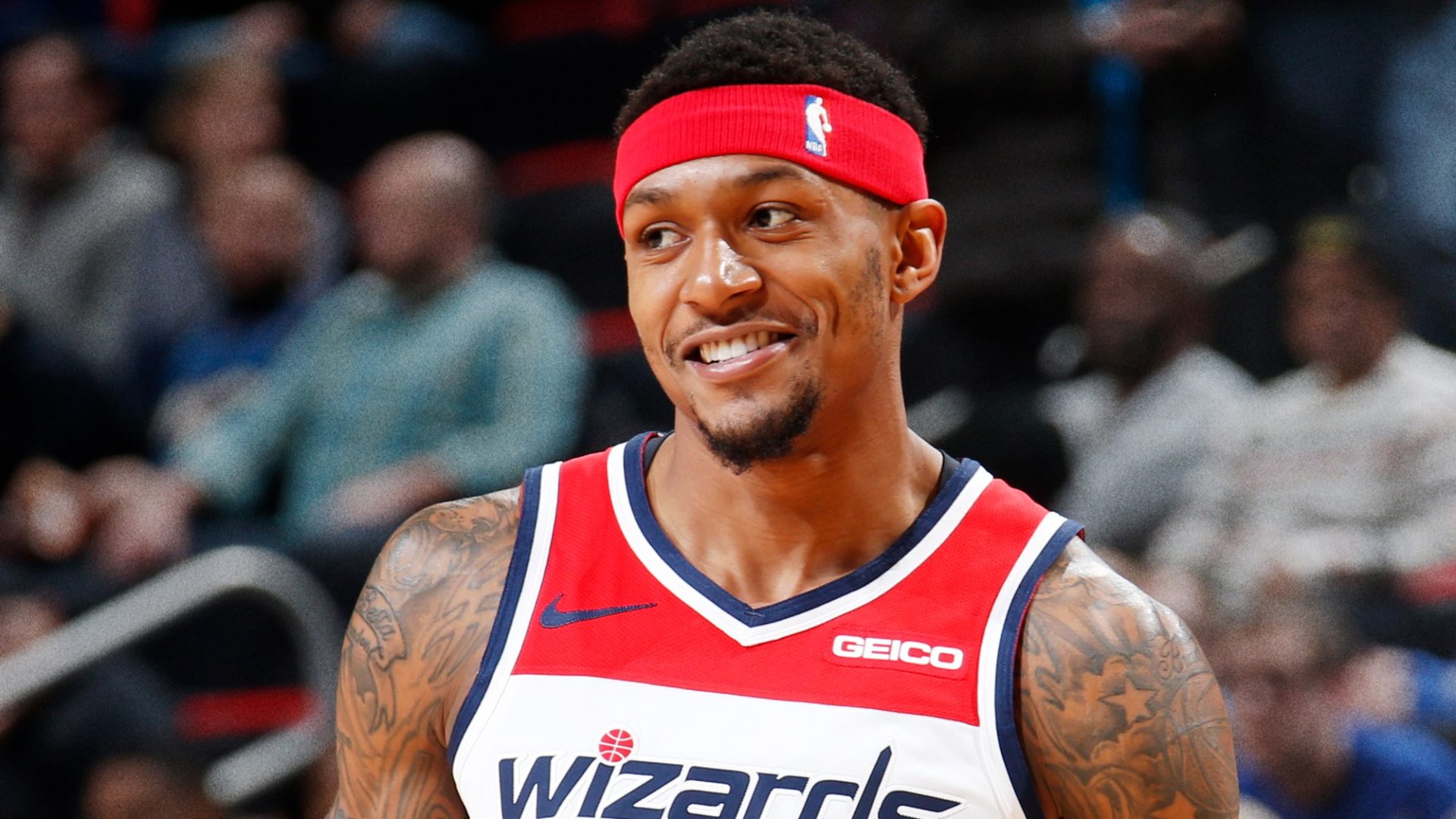 Tuesday night brings a four-game slate for NBA props, highlighted by the Washington Wizards traveling to Charlotte to take on the Hornets.

The Wizards are favored by two points in a game that has the highest over/under on the slate at 229.

It is not often that we do this, but we are planning on a full-on game stack tonight. These two met earlier this year and exploded offensively for a final score of 125 – 118.

Both teams are at the bottom of the league defensively — the Wizards are dead last and the Hornets rank 27th.

The Wizards play at the second-fastest pace in the NBA, though. It’s fantasy heaven whenever we can get a fast pace matchup to go with two teams not interested in playing defense.

Our three best plays from this game are Bradley Beal, Miles Bridges, and Davis Bertans.

Whenever we have a game of this magnitude, we want the best player on the floor, and that’s Beal.

The Hornets are getting absolutely torched by opposing Shooting Guards, giving up 24 PPG to the position over the last two weeks.

Beal is 11th in the NBA in Usage at 30.5. He isn’t just the focal point of their offense, he practically is their offense.

He also has a history of torching the Hornets:

Beal is the best player in a game against an awful defense in a fast-paced environment. Fire him up.

Bertans doesn’t make this article very often, but he’s in a prime spot against the Hornets.

In his last matchup against them this year he scored 20 points in 28 minutes.

The Wizards usually use Bertans as their second or even third guy off the bench; however, injuries to two starters have thrust him into more action, and he’s now the first off the bench for the Wizards.

Bertans has averaged 33.4 minutes and 22 points per game over the last five, hitting the 16.5 target in every one.

The Hornets have allowed over 25.8 PPG to opposing Power Forwards over the last two weeks, and about 3.7 three-pointers as well.

Over the last 12 games he has missed the targeted 3.5 three-pointers just twice and is in prime position to add to his streak.

Bridges has incredible athleticism and can do many different things well.

He posts highlight-reel dunks, can make a few threes, grab a few rebounds and do all the things that enable him to stay on the court for over 30 minutes per game.

In his last meeting with the Wizards, Bridges had 31 Points and 8 Rebounds in 35 minutes of action.

He’s locked into minutes again tonight as the Wizards often go small which will keep him on the floor and his backup Marvin Williams is out with an injury.

This is a game we want to target. Getting a guy like Bridges, who won’t have designed plays and sets called for him but will play a ton of minutes, is a guy we need to have exposure to.

Bridges also benefits from the Wizards ranking dead last defensively overall and allowing 26 Points and 12 Rebounds per game to the opposing Forwards over the last two weeks.

Bridges isn’t the flashy pick, but we get cheap exposure to a guy that will play a ton of minutes in an offensive setting.