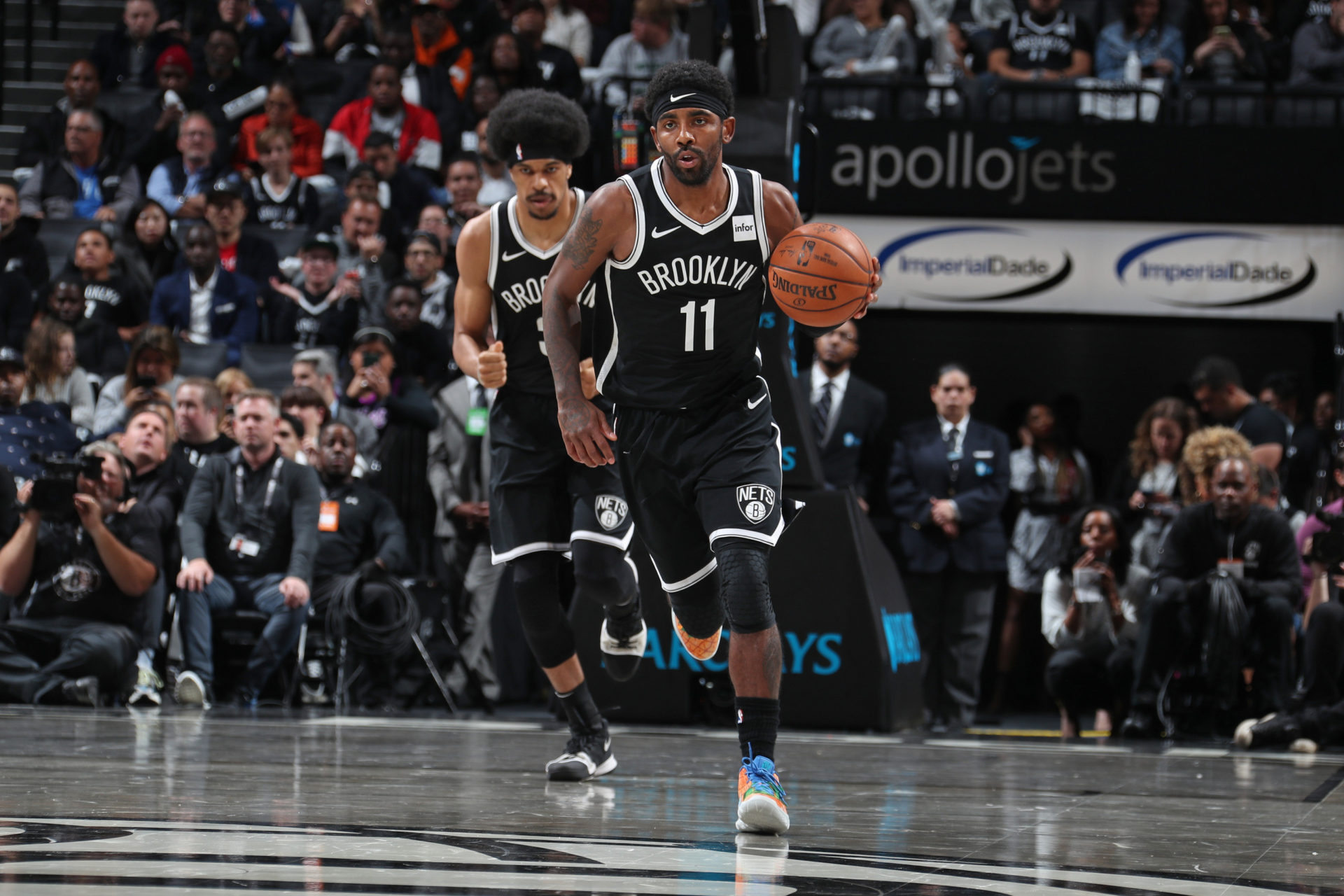 Our best NBA props for Monday (11/4) hail from a slate of six games, and we’re keying in on three top plays.

The first comes from the matchup between the Brooklyn Nets and New Orleans Pelicans, which is the highest-totaled game of the evening with an over/under of 239 points.

That speedy pace will play into our first prop on Kyrie Irving, and we’ll also break down two more plays on Al Holford and Wizards forward Rui Hachimura.

My cohort Evan Hayes went a clean 1-0 his piece over the weekend, so let’s start of the new week right with a bit of bankroll padding.

Editor’s note: Our NFL props are hitting at over 60% on the year. Join us here for just pennies a pick, plus premium Slack chat access. And be sure to check out our best props for Monday Night Football here.

Irving gets a fast-paced matchup against the New Orleans Pelicans, who’ve been atrocious against opposing Point Guards, ranking dead last in the NBA at defending the position.

Against the Pelicans, Point Guards are averaging:

Factoring his insane usage (33.7 minutes per game) and the Pelicans inept ability to defend, this is a good spot to target.

You may not have heard Rui Hachimura, but you should — he’s the current starting Power Forward for the Washington Wizards and he is averaging a robust 15.2 PPG while playing over 31 minutes.

The Wizards have been shredded by injuries to begin the season and Hachimura has stepped up, proving to be a reliable option on both sides of the floor.

His Wizards are going up against the Detroit Pistons tonight in a slower-paced matchup with an over/under of 224.5 points

When the Pistons do allow points, it’s often to Power Forwards, as they’ve given up 20.4 PPG to the position to far.

Rui is averaging  15 shot attempts per game, so while we’re laying a lot of juice at -155, but, Hachimura is locked into minutes and has eclipsed this 13.5 mark in four of five so far.

The undefeated 76ers travel to Phoenix tonight, where they’ll be without the services of star center Joel Embiid for the second-straight game.

Holford secured a season-high 25 points on a season-high 24 shot with Embiid out of the lineup on Saturday. His matchup tonight against the Suns, who are also missing their star big man DeAndre Ayton, is even better than that game.

Against Centers, the Suns are giving:

When Embiid off the floor, Horford is averaging 1.31 more points, rebounds, and assists per minute. His usage rate also increased to 24.02 without Embiid the highest on the team.

The offense will still flow from the inside out, and Horford will have the ball in his hands a lot tonight. Given his heavier-than-usual usage, his shot attempts, and the matchup with a Suns defense giving up almost 17 rebounds a game to opposing centers, Horford should feast tonight.