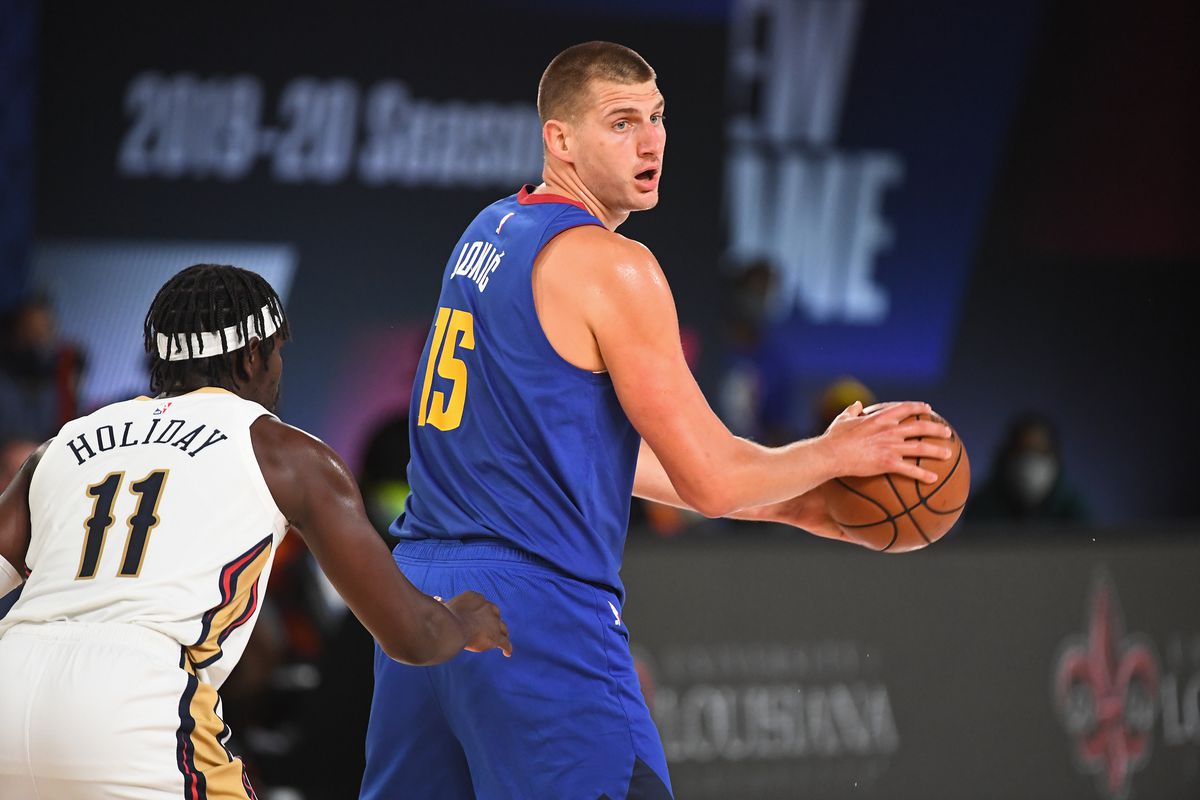 Today’s restart slate is a larger one, so we’ve got plenty to choose from. I’ll kick things off by asking — can Nikola Jokic hit the over on his PRA total as the Nuggets continue without a trio of key players for the second-straight game?

My best NBA prop plays in this space are now 4-1 on the restart after a 2-0 start on opening day and a solid 2-1 Friday. Let’s stay hot.

We’ve also got MLB K props teed up for tonight too — check it out here.

The Nuggets are expected to be without three key players versus the Thunder — Will Barton, Gary Harris, and Jamal Murray. With them, Jokic was the top-scoring, rebounding, and passer on the team, and without them, his usage rate skyrockets.

Jokic has averaged 30 points, 10.5 rebounds, and eight assists per game in two meetings with the Thunder this season. He’s had their number in 34.4 minutes per game (MPG) and recorded 54 PRA in the first meeting and 44 in their second. Jokic has shot a combined 79.3% from the field versus OKC. On the season, he’s making 52.1%, the second-highest of his career.

If he can exceed 30 minutes and the Nuggets can keep it competitive, he’s a lock to have a great all-around game. His last five games have been so dominant versus the Thunder, and considering the lack of offensive options for the Nuggets now, Jokic is likely to be leading scorer and rebounder.

Valanciunas​ and the Grizzlies are playing their first back-to-back of the bubble after Saturday’s loss to the Spurs​.

In eight games with no rest, Valanciunas averages 16.4 points and 11.5 rebounds in 27.5 MPG. On the season, he’s averaging 26.1 MPG. In his game against the Spurs, he recorded 28 minutes to follow up his 14-minute performance in his bubble opener due to foul trouble.

In two meetings with the Pelicans​, Valanciunas​ has averaged 16 points and 9.5 rebounds, totaling 26 and 28 combined points and rebounds in both games. Projections have Valanciunas at 15.8 points in 27 minutes, right around his averages for back-to-backs.

The Pelicans allowed Rudy Gobert​ 14 points and 12 rebounds in the first game of the bubble, with three different LA Clippers​ recording at least six rebounds, including Ivica Zubac​ who had a team-high nine in 24 minutes. Valanciunas​ is next in line to cause the Pelicans interior trouble.