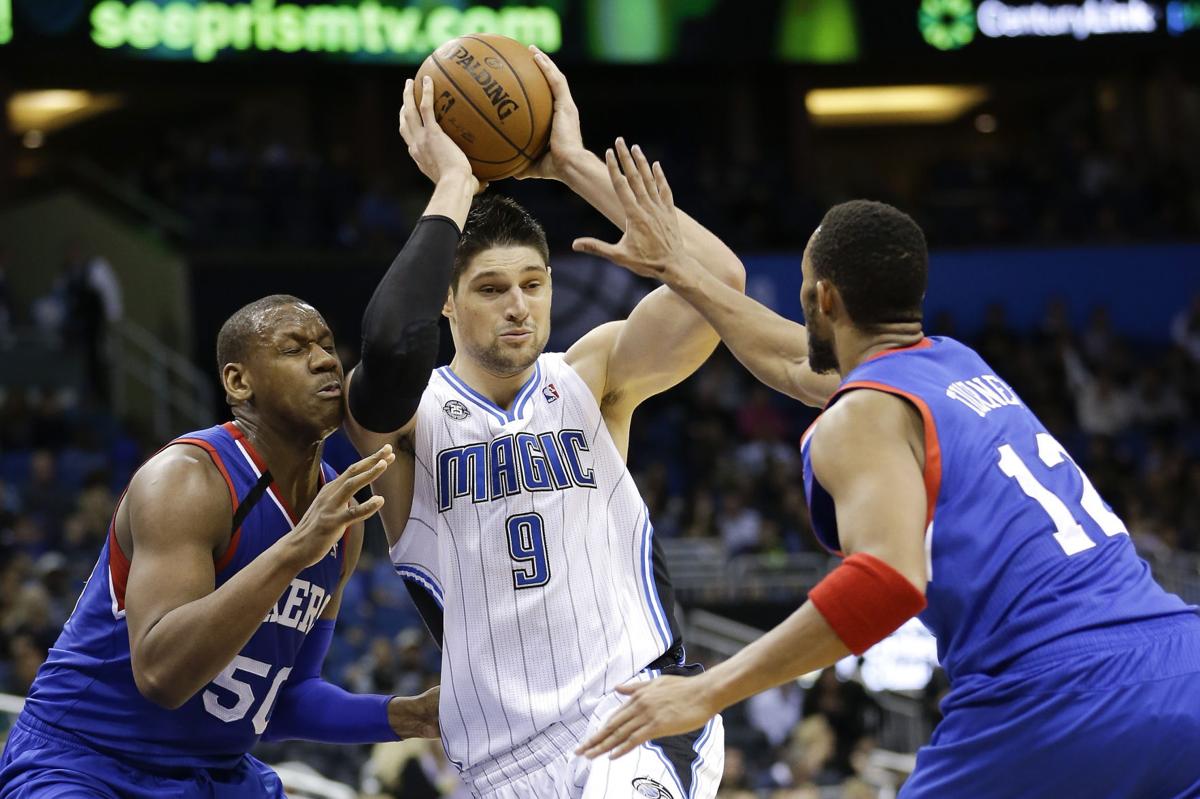 A seven-game slate awaits as we break down even more NBA Player Props for Wednesday night’s action (11/13).

I’ve got three plays for you, starting in Orlando where Nikola Vucevic and his Magic host the 76ers. I’ll also look at Miles Bridges’ sweet spot vs those giving Grizzlies, before wrapping up with an examination of Jaylen Brown’s expanded role in the absence of Gordon Heyward.

If you’re looking for NFL props, we’ve got analysis and picks for the Browns Vs Steelers TNF clash here.

Our Slack Chat is available with our Insider Package and has been on fire with recent picks. Get in there and get up to the minute prop picks with breaking news that can happen minutes before tip-off.

Vucevic is priced way down today as the industry overreacts to his matchup against Joel Embiid and the 76ers.

Embiid has a reputation of being an aggressive defender, being so tall and athletic. He has highlight reels packed with blocked shots into the stands. Few of the highlights have come from this season.

The 76ers rank 145th out of a possible 150 defensively against the Center spot. Over the last two weeks, Philadelphia has allowed opposing centers to average a league-high 27.6 points per game and 13.9 rebounds.

Over those five games, Centers have torched Embiid:

Now let’s look at how Nikola Vucevic has performed against Joel Embiid over his last 4 games:

Vucevic found a ton of success against Embiid last year. My model currently has him projected to have a floor 35 PRA and a potential ceiling game of 44 PRA tonight.

He’s solid everywhere and is deeply involved in this offense. Over his last five games, he’s hit the 31.5 PRA target four times, crushing it his last three with totals of 45-38-37.

Vucevic checks all the boxes I am looking for tonight:

And with the 76ers on the second of back-to-back games last night, give me Vucevic.

UPDATE: Joel Embiid was ruled out during the publishing of this article. Last year Vucevic averaged 37 PRA against Al Horford, so Vucevic is still in play tonight.

Bridges gets a tasty matchup against the Memphis Grizzlies who rank 148th out of a possible 150 in defending the Small-Forward spot.

Over the last two weeks, Memphis has allowed opposing Small Forwards to score 25 points per game, which ranks 28th in the league during that span.

Bridges is locked into his role with this Hornets offense and over his last four games is averaging 34.75 minutes, 13.75 points per game and 11 shot attempts per game.

The question is, will he get the same opportunities tonight?

Over the last five games, Memphis ranks 26th in the league in defensive efficiency, and they play at the ninth-fastest pace in the league. This suggests even more scoring opportunities tonight because he is playing in a pace up match-up and against a team that is not defending his position very well, nor playing good overall defense.

Given Bridges’ ability to score the basketball, the opportunities in this game, and the matchup, let’s fire up Bridges to get over the targeted 13 points.

Jaylen Brown has been the biggest beneficiary to Gordon Hayward going down.

In the last two without Hayward, Brown has an average usage rate of 26.6 per game. His rebounding numbers have gone up to nine per game and he is averaging 27.5 points per game.

This is significant because it tells us that Brown is in a favorable matchup for his skillset: a slashing guard going against a team that allows a lot of action in the paint.

The Wizards are also struggling defensively across the board, over their last five games their defensive rating is 118.2, which is good enough for 30th in the league.

With Hayward out, we’ve seen Brown step up. He has crushed the implied 29 PRA total each game Hayward has missed with totals of 40 and 39.

Given Brown’s consistency and the Wizards woes on defense, Brown is good to fire away in all formats tonight.