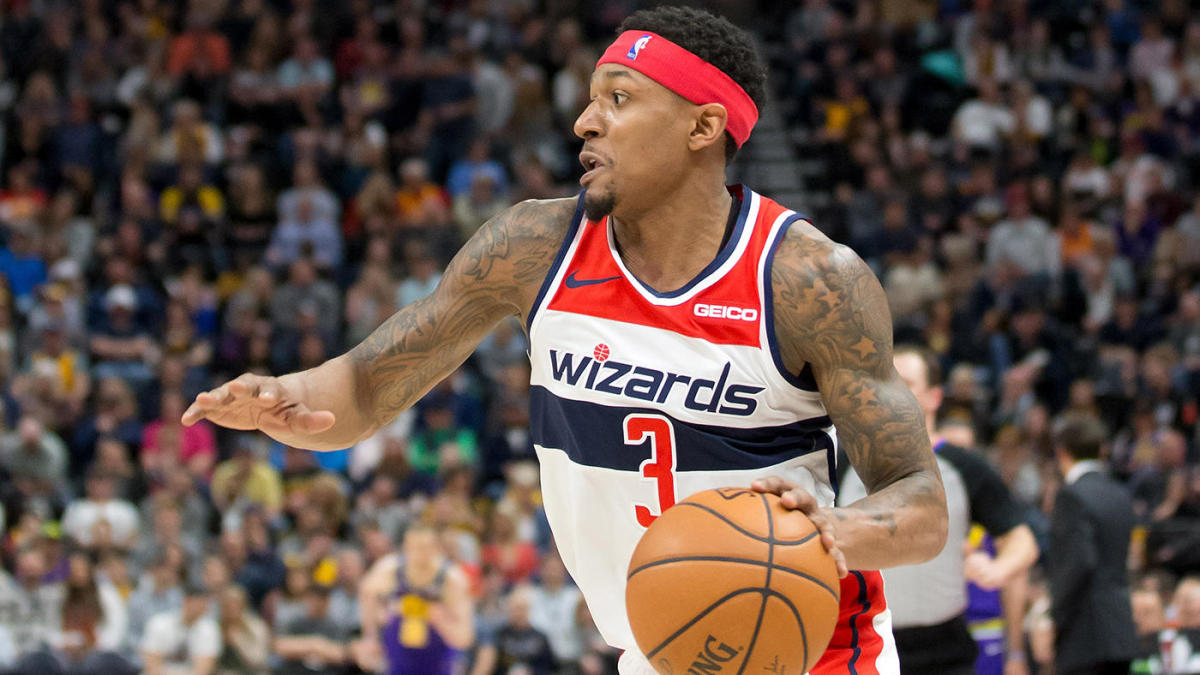 A massive 11-game NBA slate awaits, with 22 of the 30 NBA teams in action, and we’re looking to stay hot on our NBA player props.

My strategy on big slates is to target a few matchups with high point totals and attack the entire game. We’ve had success at targeting correlated plays from a certain game where we can anticipate the pace and script.

There are a plethora of high totals to choose from, but none as high as the San Antonio Spurs and Washington Wizards, currently at 237 points. We’ll be playing two major offensive weapons from that one, Bradley Beal and LaMarcus Aldridge. Both guys have big usage rates and big upside tonight.

Clint Capella has been on a rebounding machine since getting healthy, and we’ll close out our selections there.

Our premium Slack Chat has picked up the “slack” for us. We stay busy there, and we are constantly giving out NBA props and talking strategy. The NBA is volatile, with late minute scratches, and our chat gives you up-to-the-minute updates on breaking news and how that impacts each player as new plays open up. Sign up for our Insider Slack package to join and get every NBA and NFL prop pick.

On the surface this looks like a massive number; however, Beal has been playing out of his mind recently, averaging 34.4 points per game (PPG) over his last five. Also, we’re getting plus odds here at +100, while this line is set at -125 elsewhere.

He played over 37 minutes in each of those five games and took an astounding 125 total shots over that stretch. To say Beal is a huge part of the Wizards offense is an understatement; he is their offense.

He gets the best matchup on the board tonight as the Spurs have given up an average of 42.8 PRA over their last five games to opposing Shooting Guards:

Opposing Shooting Guards have hit the targeted 40.5 PRA in three out of the last four against the Spurs, and Luka Doncic just cooked them for 65 PRA. This is important because Doncic and Beal have nearly identical usage rates at 33.8 for Doncic and 32.7 for Beal. This tells us that we should expect a similar performance from Beal tonight against a team that struggles to stop his position, and we get + money in return.

In Algebra they tell us, what we do to one side, we must do to the other. That is my strategy tonight. We went Beal going one way so that means we want to come back with the player that has the best matchup and odds for us on the other side.

Washington is the worst defensive team in the league this year.

Aldridge will start this game at the Power Forward, but he plays the majority of his minutes at the Center spot.

He’s had success in favorable matchups like this one. He torched the Blazers two games ago for 45 PRA. Over his last five, he’s averaging 29.6 PRA/game.

We get tremendous value tonight with Aldridge in a pace-up matchup that features the highest total on the slate and against the worst defensive team in the league.

Capella is on pace to hit career highs in rebounding this year. That’ll happen when you grab 20 rebounds in four straight games.

This number of 12.5 is low based off his recent production.

Since returning from a shoulder injury, Capella has not been below 13 rebounds in six-straight games.

The Nuggets also feature Nikola Jokic, who only averages 8.8 rebounds per game. The Nuggets are ranked 15th in rebounding and are going up against the Rockets who have actually been the fifth-best defensive team in the league over the last five games.

This game currently has an Over / Under set at 222.5. Capella, in a fast-paced matchup, playing behind a defense that is playing at a high level, will create a ton of opportunities for rebounds.