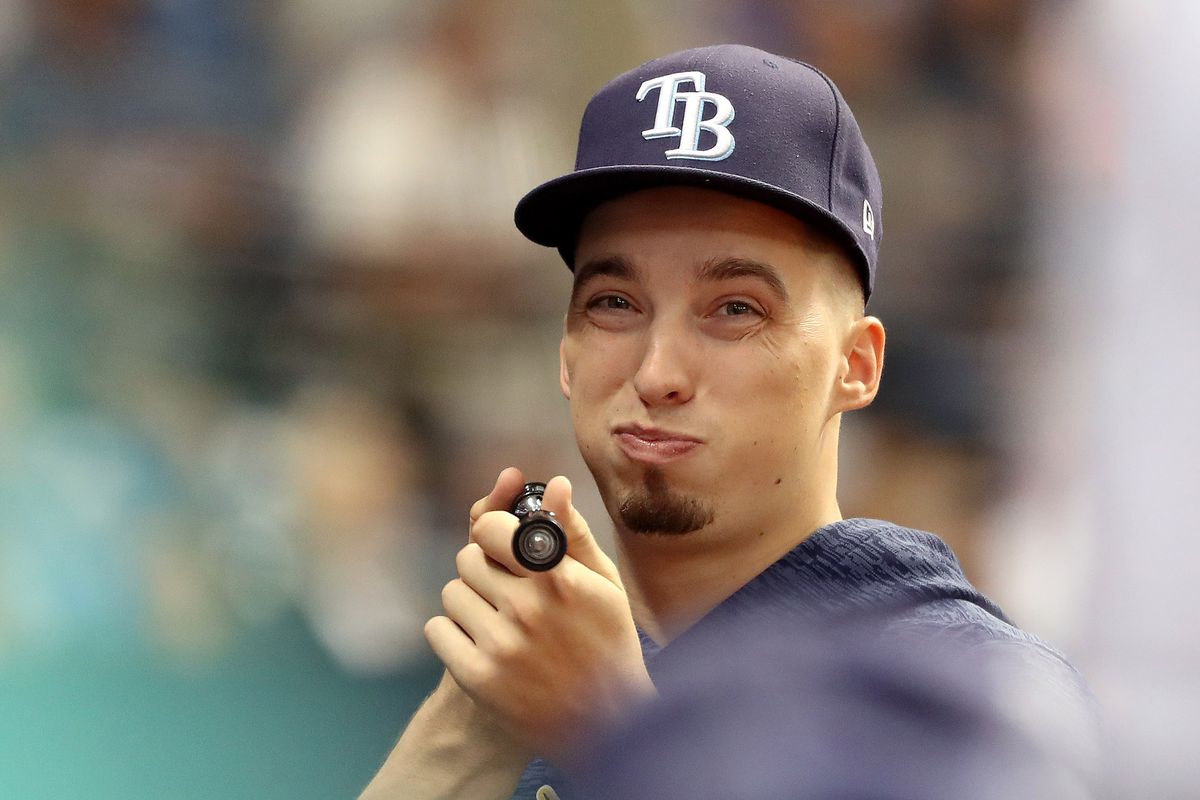 Our best MLB player props for Friday (5/24) zone in on aces Blake Snell and Shane Bieber, while we examine why Drew Smyly could be in tough against the Angels.

We’re coming off a 2-1 card on our last article slate, correctly predicting that Chris Archer would continue to struggle. Our subscription package plays are humming along at 179-128 on the season. Sign up for the full package today and get the first week for free.

This is a very attractive number for a guy who ranks third in MLB in strikeouts per inning pitched with 1.45. That’s better than higher-profile names like Max Scherzer and Jacob deGrom, whose K prop lines are usually set at 8 or more.

The Tampa Bay lefty is coming off two of his best performances of the season, striking out nine and allowing just one run against the Yankees last Saturday, while posting a season-best 12 Ks in just 5.2 innings in the start before that, also against the Yankees.

In all, Snell has had at least 9 strikeouts in six of nine starts so far this year.

Tonight he gets a Cleveland team that is middle of the pack in the strikeout department, with their 8.88 K/9 ranking 14th in the league.

However, they’re hitting just .180 versus Snell in 39 career at bats, and the lefty should also benefit from the umpire in this one — Eric Cooper is behind the plate, and he calls 17.00 K/9, which is +1.04% above the league average.

The other starter in that game, Shane Bieber will presumably get the same benefit from the man calling balls and strikes, as he faces a Tampa Bay team that ranks in the bottom third of the league in K/9 with a mark of 9.51.

Thanks in large part to a ridiculous 15 strikeouts in a complete game shutout of the Orioles in his last outing, Bieber now ranks 16th in total Ks with 69, as well as 16th in K/IP with 1.18. Going back over his last 20 starts, the right-hander has struck out 27.3 of the batters he’s faced. Meanwhile, he’s in the top 20 in walks surrendered, giving up just .22 per inning pitched on the season.

The Rays have a 22.7% kRate versus right-handed pitchers. In 32 plate appearances against Bieber, they’re hitting just .241, while scoring just one run and striking out 29.3% of the time.

Smyly faces the LA Angels tonight, the team that has been harder to strikeout than any other through the first few months of the MLB season. In fact, it’s not particularly close.

The Angels’ 6.16 strikeouts per game are 13 percent better than the next-closest team and 22% better than the fifth-place team. That’s a remarkable difference when we’re dealing with such small numbers. and it’s no small sample fluke — going back through their last 150 games, the Angels have a pristine kRate of just 18.7%.

Smyly is probably not the guy to start making them look bad. His heat map is solid red across the board going back over his last 20 starts.

Smyly has 4 or fewer strikeouts in four of seven starts on the year. I think we push a lot at this number, but I’ll take the plus odds against a team that strikes out so seldomly.