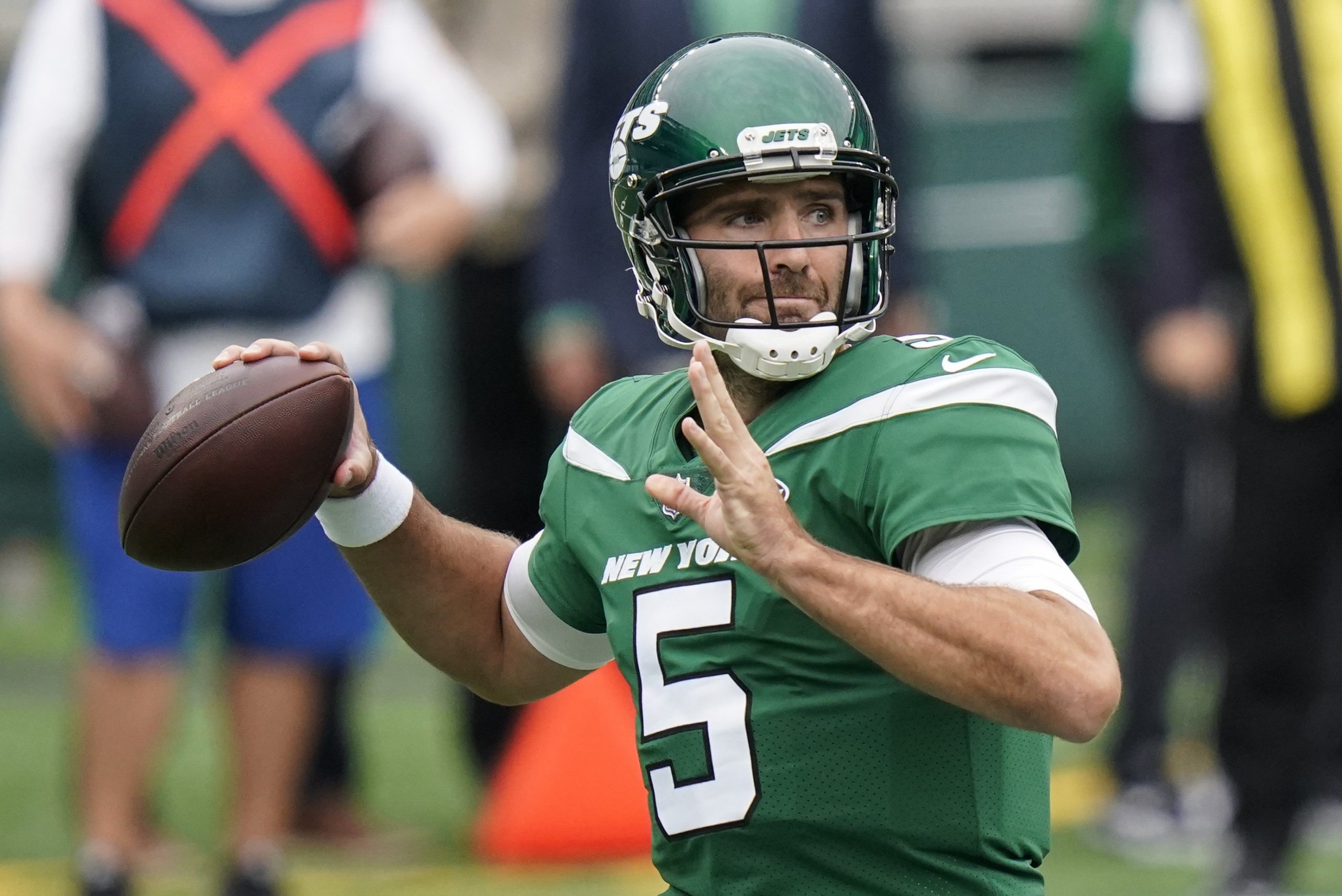 The pathetic point total tells you all you need to know about our approach props bets for Patriots Jets — unders or nothing. As far as official plays go, it’s the latter. This is an ugly setup, and we don’t like risking a full unit on any play tonight, so consider these to plays leans for a half-unit each (0.5% of your betting bankroll).

Flacco gets the start for an injured Sam Darnold, and that’s where we start tonight.

We lost by a painful hook thanks to a blowout game last night, so let’s finish the week on a strong note.

The statuesque one has been dreadful for Gang Green in his two spot starts this season:

The Jets will have a full complement of receivers for the first time in weeks, as Jamison Crowder and Breshad Perriman will both be active, and honestly, I think it might be the only reason this number is north of 200 yards.

But their presence is not enough for me to give Flacco much of a bump, especially against the Patriots.

QBs facing New England have averaged 26.6 pass attempts per game, the lowest mark in the league by a mile. They haven’t been particularly efficient, however – their 217 yards per game allowed is the seventh-lowest – but the key here is that they kill the clock like few other teams.

Teams facing the Patriots are running 61 plays per game; only the Packers’ opponents have run fewer (60). Patriots’ opponents take 28.7 seconds per snap, the longest average in the league.

They haven’t had many positive game scripts this season, but in neutral game scripts (within seven points), they run it 55% of the time, most in the league. Tonight’s script should be very positive — don’t be surprised to see the Patriots running it close to 60% of the time.

Between the depressed play volume and the depressing play of Joe Flacco, this is our favorite spot of the night — we’d play it down to 206.5 yards.

I like Byrd to fall short of his receiving for a lot of the same reasons I just mentioned — the Patriots are likely to be leading and running the ball on more than half of their plays.

Even in more competitive games, the word on Byrd is inconsistency. I believe line makers have decided to set this line close to his seasonal average of 38.9 yards, but that number is inflated by a few big games.

Otherwise, he’s failed to hit 40 in three straight and four-of-six on the season. Unless the Patriots fall behind, I’m expecting to see a lot of Cam Newton and Damien Harris on the ground. I’d play this line down to 39.5 yards.