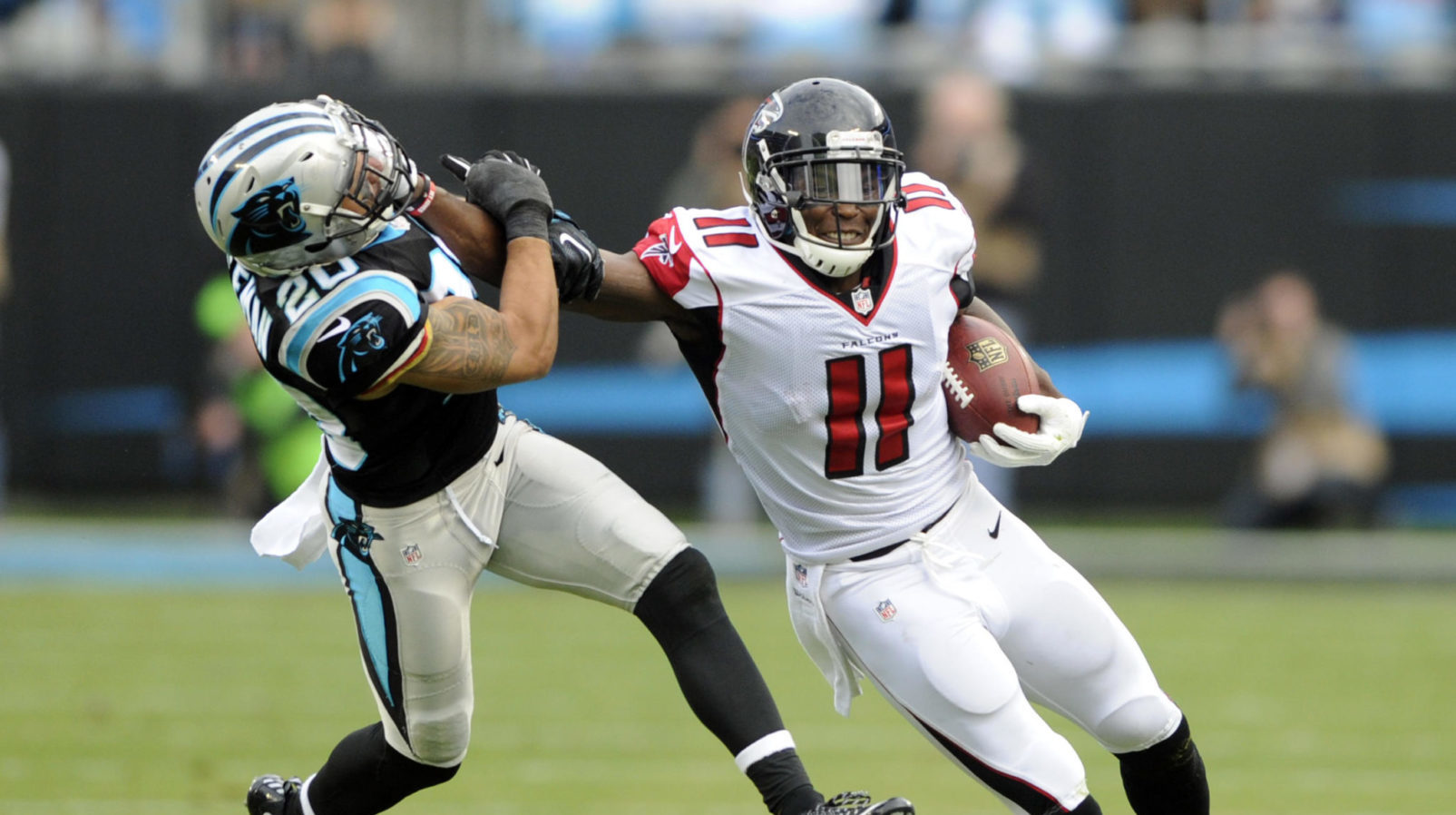 Julio Jones props haven’t been something we’ve leaned on much over the years — he’s such a big name that the lines are often inflated and rarely playable.

But between the recent injury and the perception that he might be just slightly over the hill seems to be opening the door to some value on Julio tonight.

We’re going to keep this one quick because I do expect it to move quickly; however, we will suggest an alternative play for when it does.

We’re coming off a win on Monday Night Football, so let’s stay hot.

Note: If you don’t have these books or the price moves past -150, pivot to receiving yards instead, good up to 73.5 yards. If you don’t want old lines and insist on always getting the best prices, join our community — we are the betting service for you.

Mr. Jones has looked more himself in the two games coming off that injury than he did early on in the season, grabbing eight catches in both games for 137 and 97 yards.

Those came against some pathetic defenses in Minnesota and Detroit. Tonight’s test against the Panthers is a tougher one — they allow the 10th-fewest receptions per game to opposing WRs (10.2). But Calvin Ridley tagged them for 8 catches and 136 yards in Week 5, while fellow alphas Mike Evans (7-104) and Keenan Allen (8-136) lit them up too, so voluminous games for stud receivers are definitely possible against the Panthers.

I prefer taking receptions over yards here for a few reasons:

So while they do allow some catches, they generally don’t amount to much yardage. Even if we assume Matt Ryan is again inefficient in this spot (he had his worst game of the season so far against the Panthers in Week 5), there should be some volume here — the combined average plays between these teams is 68, third-highest on this week’s slate. But with Julio looking fully healthy, we can pencil him in for something closer to the 6.8 reception/64% hit rate he’s been averaging over the last few years.