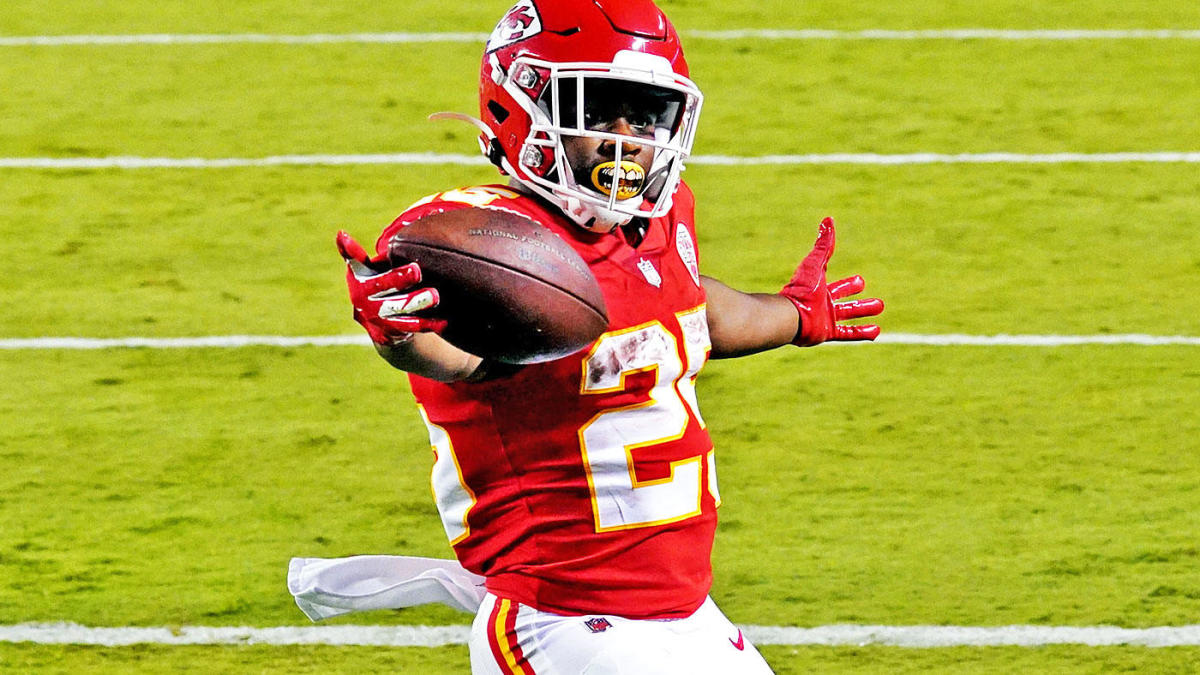 This game is currently sitting at a sexy total of 56 points, as oddsmakers and bettors anticipate points aplenty when MVP candidates Patrick Mahomes and Josh Allen collide.

It’s no surprise that prop totals are jacked up too, and you should expect steam on the overs to keep rolling in right up to kickoff. So we’re going the other way and fading a rookie who hasn’t quite lived up to the line he’s being laid here.

MORE PROPS — Be sure to check out our top prop for Cowboys vs Cardinals.

Note: We locked this in at U74.5 yards for our subscribers. If you’re the kind of bettor that needs every yard and every penny, we’re the betting service for you.

I touched on Edwards-Helaire’s rookie-leading 68.8 rushing yards per game in the open, but that figure is a little deceiving.

He rolled up 138 yards in the opener against the Texans – who currently rank dead last in RB rushing yards allowed – but he’s been averaging just 51.5 since. Rushing production bottomed at 40 yards in a negative game script against the Raiders last week, and the Bills have the firepower to place KC in the same predicament tonight.

Edwards-Helaire likely requires volume to get there because we shouldn’t expect much for efficiency.

Those efficiency figures put him among such done-and-dusted company as Adrian Peterson, Frank Gore, and David Johnson — and those guys don’t have the benefit of playing 66% of the snaps on the league’s best offense.

The Bills don’t have the same dominant defense they did year, but one carryover has been solid run defense. They’re allowing 3.9 yards per carry and 85.8 yards per game, both 12th best.

It’s more impressive when you consider they’ve taken on two of the best, holding Derrick Henry to 57 yards on 19 carries, and Josh Jacobs 48 yards on 15 carries.

The only team that’s done any damage against Buffalo on the ground was the Rams, who are one of the run-heaviest teams in the league.

Concerns here include an elevated overall playcount and a Bills team that did not look ready for prime time last week. If they fall behind big again, 20-plus carries for Edwards-Helaire is a distinct possibility.

Still, this number is a touch high and should probably set closer to 67.5. We’re playing it down to 70.5