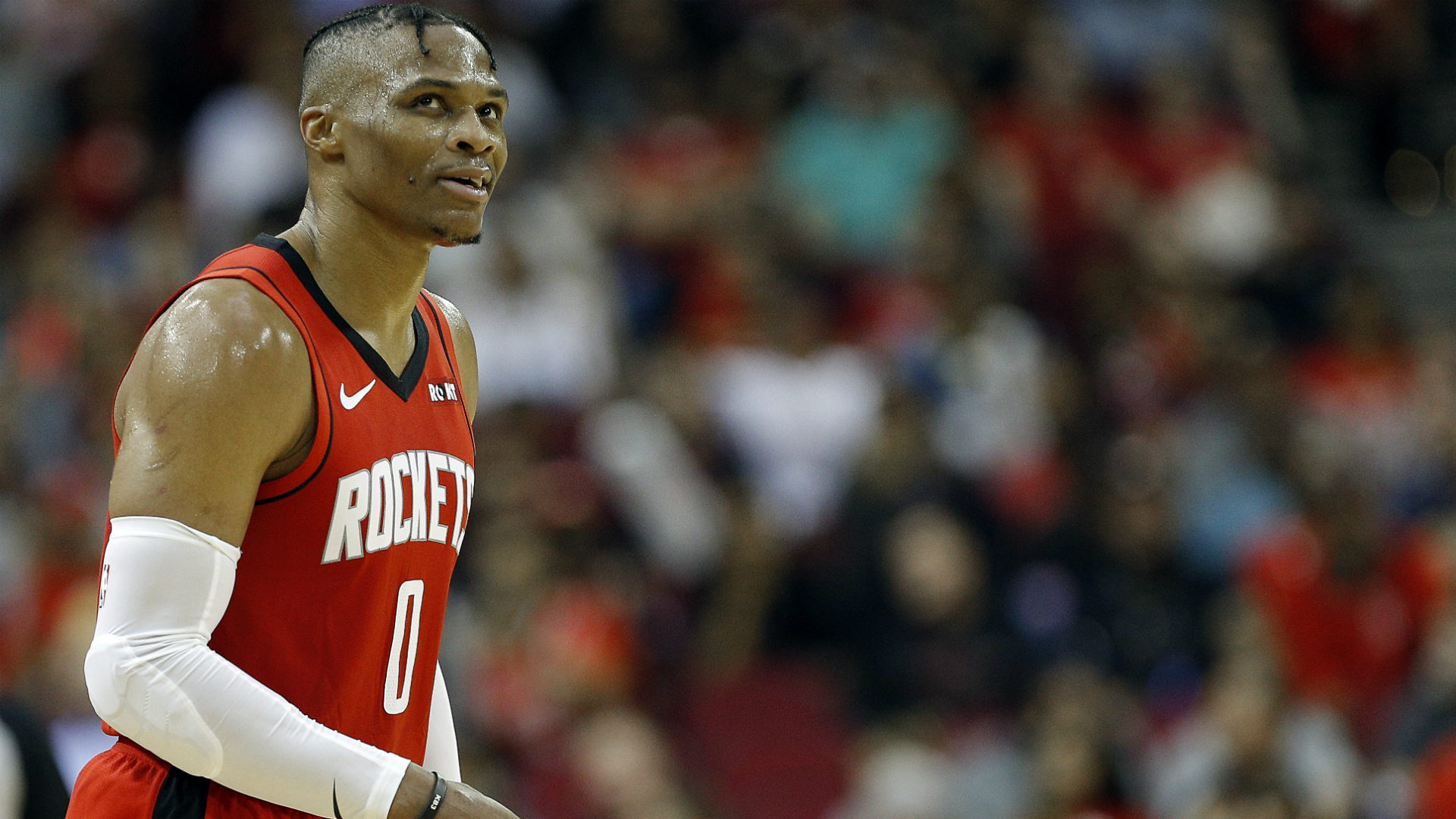 We have a sweet little six-game NBA player props slate for Monday featuring the Houston Rockets traveling to New Orleans for a date with the Pelicans.

It boasts the biggest Over/Under total on the Monday slate at 245 points, over 21 points higher than the next-closest game.

My models love Russell Westbrook and Brandon Ingram in this game. An unfortunate injury to Gordon Hayward opens up more opportunities for Jayson Tatum tonight as well, and we’ve got analysis on his prop, as well as Jonas Valanciunas.

And if you like NFL props, be sure to check out our best prop plays for Monday Night Football.

Editor’s Note: We hope you enjoy this free, +EV content. To get all of our NBA player props from Michael and the rest of the analysts in our premium Slack chat community, join us here.

Westbrook has fit in nicely with the Rockets so far this season. Even though he is no longer dropping a triple-double every game, he’s still averaging 21.4 points, 9.3 rebounds, and 7.9 assists per game (38.6 PRA).

Westbrook played the Pelicans earlier this year and recorded his first triple-double in a Rockets uniform, scoring 28 points, 10 rebounds and 13 assists (51 PRA).

Tonight, it’s a pace-up spot against the Pelicans who struggle mightily at defending opposing point guards. In the last seven games, they’ve given up 30.75 points and 12.42 assists per game to the position.

They have particularly struggled against point guards who are aggressively looking for their shot:

Point Guards want to score against the Pelicans have scored. Westbrook is averaging over 19 shots per game over the last five in which he’s played a full allotment of minutes. He is the clear second scoring option to James Harden, and his usage number of 29% is just as high as a star such as Karl-Anthony Towns who controls his offense.

The Rockets have an implied total of 125.5 points tonight. With the matchup, Westbrook’s ability to score and distribute in a hurry, and the pace of this game, he’s projected to crush his 39.5 PRA line. On the other side of the ball, we want to target Brandon Ingram.

He’s become the Pelicans best player, averaging 25.9 PPG, seventh in the league. It’s career-highs across the for Ingram, who is the clear-cut No. 1 option in New Orleans. Ingram has launched at least 19 field goal attempts in six of nine games.

He played the Rockets earlier this year and put up a massive stat line of 35 Points, 15 Rebounds, and 5 Assists (55 PRA). Ingram hasn’t slowed down since then either, averaging 41 PRA over his last three.

The Rockets grade out to be the worst team in the league defensively against the Power Forward position. They give up 29 points, 13 rebounds and over 4 assists a game to opposing Power Forwards.

Brandon Ingram runs the point for the Pelicans on designed sets and the Rockets are 24th in the league when defending a Point Forward.

Lonzo Ball has been ruled out for this game which gives an extra bump to Ingram as well because he’ll run the point a little more and the ball will be in his hands more. With Ball off the court, Ingram averages 1.32 Points + Rebounds + Assists more per minute and his usage rate goes up to 29.55.

Ingram gets the best matchup on the board today and Ingram checks off every box that we look at when picking games, pace, spread, matchup, usage and opportunities.

Tatum is the biggest beneficiary to Gordon Hayward being out tonight.

This means that Tatum will be called upon to shoot, score, pass, and rebound more than usual.

Tatum has been very consistent so far this year. His lowest points scored is 15 and his highest is 25. He is so involved with the Celtics offense that it creates such a high scoring floor, and he’s scored at least 18 points in seven of eight games this year.

If Marcus Morris can score 29 against this inept front-court then Jayson Tatum might be in for a career-night. We get tremendous value at 20.5 which is below the 21.3 Tatum is averaging this year in a matchup against the Mavs who struggle mightily at preventing opposing Power Forwards from scoring.

Valanciunas is priced way up today against the Spurs who are well equipped to defend him. He’s missed the 24.5 PRA target in four of his last five and is still on a minutes restriction, yet to play over 27 minutes this year.

Memphis is playing at a blistering pace, and it forces Valanciunas off the court because he just isn’t as fast and athletic as he once was.

In the last five, centers have been stuffed and shut down by the Spurs:

My observation in watching the Spurs is they start off big with Trey Lyles, but eventually, LaMarcus Aldridge slides over to the center spot, and Rudy Gay comes off the bench and plays the stretch four role. This forces opposing centers off the floor and also contributes to their off stat nights.

Given the pace, and how well the Spurs are defensively, I’m off Jonas Valanciunas tonight.