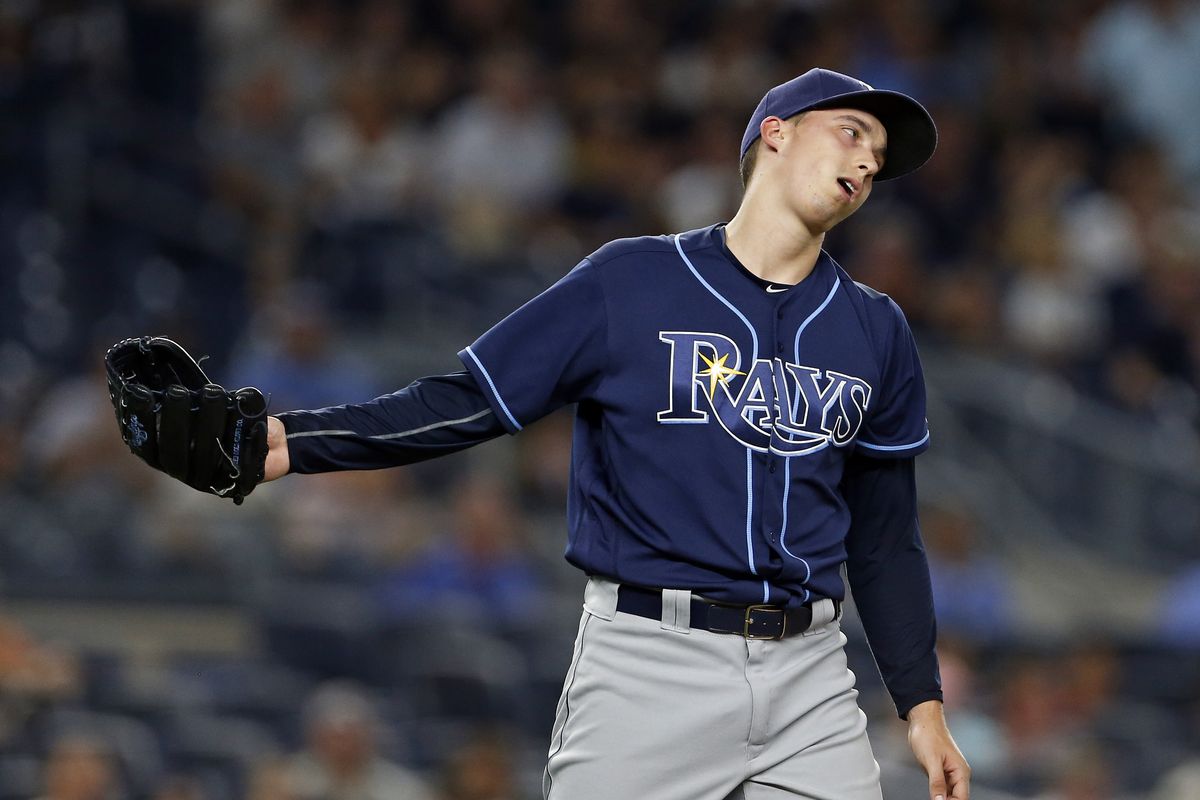 Two of baseball’s premier pitchers headline the card as we look at the best MLB props for Tuesday night’s slate.

The respective lineups they’re facing couldn’t be more different, however — Blake Snell looks to regroup against the mighty Twins, while Max Scherzer will try to keep piling on the Ks against baseball’s lowest-scoring team in the Marlins.

It took a bit of a bad beat to go 0-1-1 on yesterday’s card — we had the Zack Greinke under 5Ks all but locked up when he had 3Ks going into his final inning before he somehow struck out the side. It just goes to show how tight these lines are, but our subscribers continue to profit on the season.

A plus price on a cold pitcher on the road against the baseball’s best lineup? Alright, I’ll bite.

The Rays ace is coming off the worst outing of his four-year career, as he recorded just one out, giving up 4 walks and 6 earned runs to the Yankees before being pulled. In his previous outing, Snell lasted just 3.1 innings while surrendering 4 walks and 3 earned runs against the Angels.

The ERA and hard hit percentage keep creeping up for the reigning AL Cy Young winner, while the kRate is on the decline. I have no doubt that Snell will get things back on track, but I’m not sure tonight is the turning point. The lefty faces a Twins lineup that leads the majors in batting average, slugging %, and runs scored. They bring unprecedented power, pacing for 309 home runs, which would smash the team record of 266 set by the Yankees last year. It’s amazing that they can be that free swinging at the plate and still sport the fifth-best strikeout rate in the league at 7.87/game.

Adding to the red flags for Snell tonight is a 10 MPH wind blowing out to center at Target Field, which has been the 7th- least pitcher-friendly park this year.

At the other end of the spectrum is Max Scherzer, who pitches at Marlins Park tonight, which has been the third-friendliest venue for pitchers this year.

No doubt part of that is the brutal Miami lineup which scores fewer runs per game than any team in baseball (3.51). With his Nationals coming in as a heavy -240 favorite and an implied 2.9 run total for the Marlins, Sherzer is poised for another long start tonight.

He showed no ill effects from that broken nose suffered in batting practice last week, throwing 117 pitches and striking out 10 against the Phillies in his first start following the injury. No one in baseball has been better at racking up double-digit K games than the 34-year old righty.

🗣️ MAX SCHERZER JUST STRUCK OUT THE SIDE IN THE 7TH