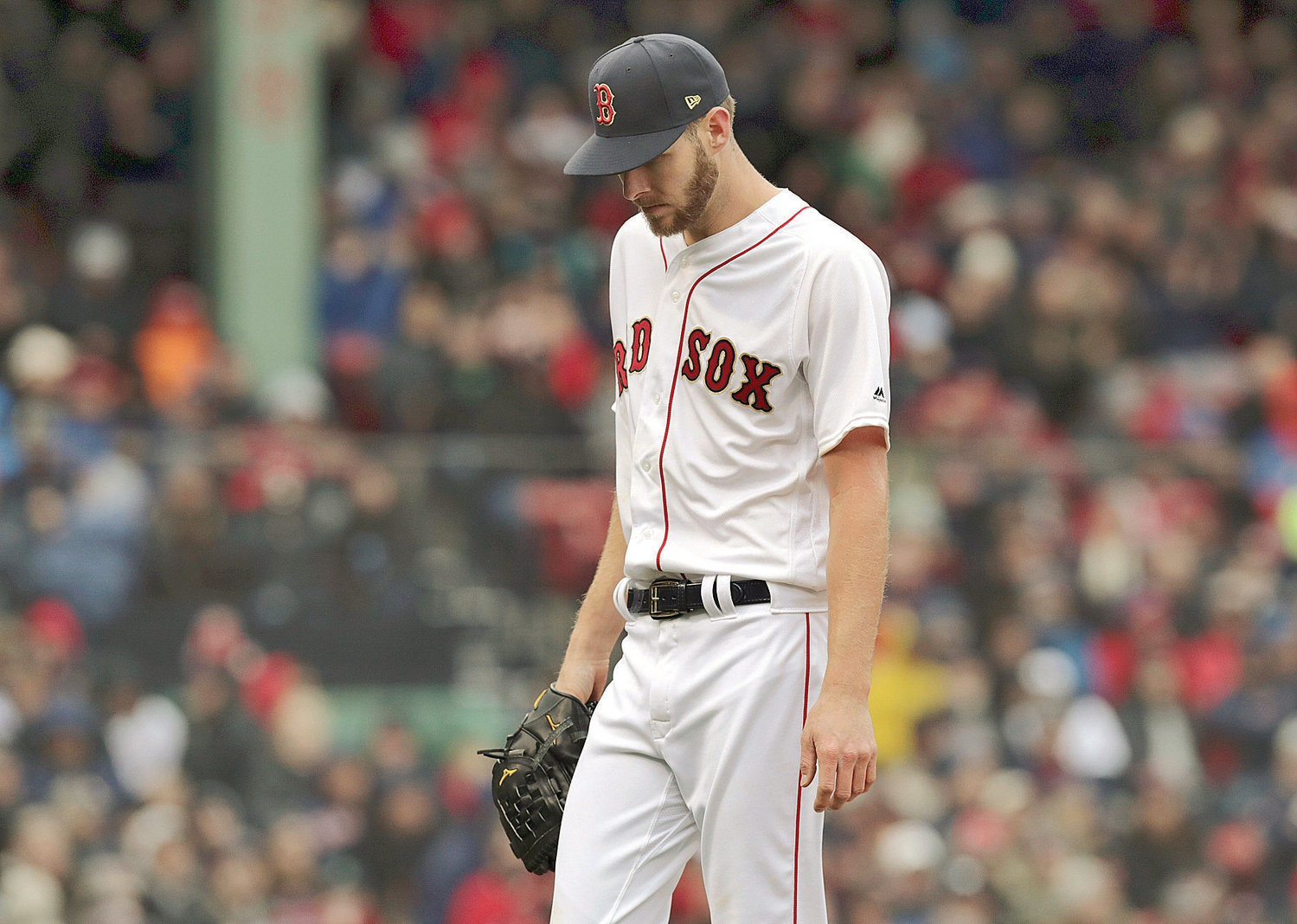 Chris Sale appears lost and broken, robbed of the fastball which powered the way 1.51 strikeouts per inning in 2018, the best mark among Major League Baseball’s starters.

This season? He has eight strikeouts in 13 innings pitched, for a paltry .62 per-inning rate. It’s not just the strikeouts; the bottom has completely fallen out. He’s 0-3 on the season with a 9.00 ERA, a .302 batting average against, and a disastrous WHIP (walks + hits per inning pitched) of 1.54. To put that in perspective, Sale came into the season with the fifth-best WHIP of all time at 1.032.

Those days appear long gone, at least for now, and we’re fading Sale until he gives us reason not to.

Joe Lucchesi couldn’t come through on our free play last night, but our subscription picks went 2-0 and are rolling along at 62-35 (64%) on the season. Join here to get in on the ꓘ prop train and get the first week for free.

In his fourth start, Sale looks to get back on track against the New York Yankees at 6:35 ET on Tuesday night. In two appearances versus the Bronx Bombers last year, he had eight and 11 Ks, but again, that was last year.

This year, Sale has strikeout totals of 4, 1, & 3 over his three starts. That includes the most recent appearance against the Toronto Blue Jays, whose K/9 rate of 10.29 is the second-worst in the league.

Just how much has Sale’s fastball fallen off the cliff this year? The most among all starters, and it’s not close.

I made this chart of fastball velocity changes among starters so far this season compared to last season. Chris Sale is the red dot on the left…. pic.twitter.com/0edZGgQdTH

Even anonymous player peers are starting to take pot shots at the Red Sox ace in the media.

Things didn’t look too bad at first. His fastball averaged 92.8 mph in his first start, but that number plunged to 89.9 mph in his second start. It’s not just the velocity; according to FanGraphs, his ability to hit the zone has vanished as well. Sale sounds like a man lost, admitting that he’s never been in a funk.

“I don’t know that I’ve ever pitched like this in my life,” he told reporters after the Toronto shelling. ” I’m trying to find something. I’m working, but that only goes so far. This isn’t a hard work league, it’s do-good league.”

The Yankees are right in the middle of the pack with 8.87 strikeouts per nine innings on the season so far.

They, like many other teams, were dominated by Sale last year. But this year, New York is hitting well against left-handers, batting for a .338 wOBA (weighted on-base average) against southpaws so far. To give that some context, the Yankees have hit for a .199 wOBA against Sale in his career.

So assuming Sale is performing at a level closer to the average lefty these days, and not the dominant force of the past, the Yankees could well make it an early evening for the 30-year old.

This is a lot of juice at -167, but there’s nothing to suggest that eight strikeouts is a realistic benchmark for Sale tonight.

Whatever is going on with him, it’s not an overnight fix, and we’ll keep fading until further notice.