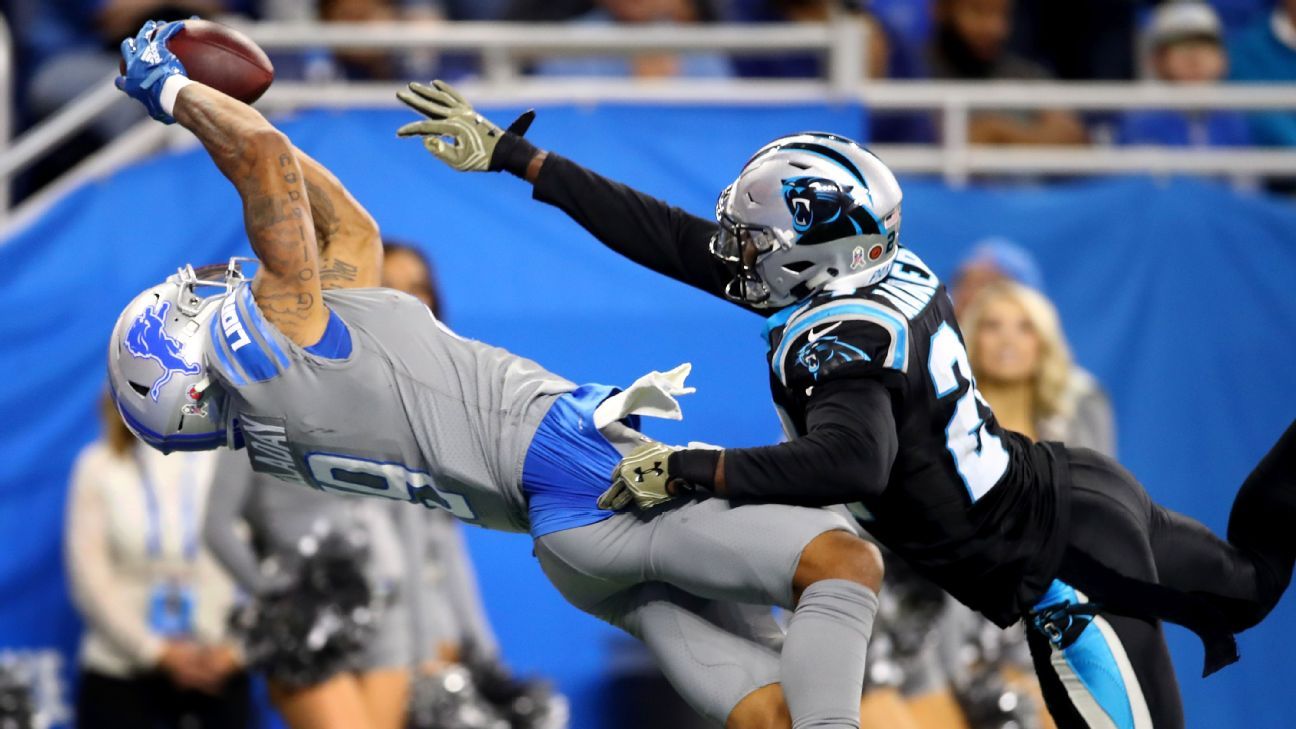 Even better than opening presents on Christmas morning, we were treated to a nice surprise this week when the Ceasars sports book in both Vegas and New Jersey released some season-long 2019 NFL player props.

It’s the first peek at what should be waves of lines in the weeks ahead and as expected, some of these lines look a little optimistic, meaning we’ll be leaning towards the unders as we analyze some of the lines in the days to come.

Unders are always the default bet when it comes to season-long props. Why? Because it’s the NFL and players get hurt… a lot. 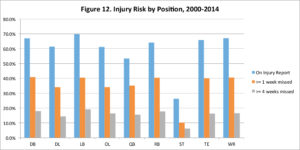 A study by Football Outsiders shows that wide receivers will miss at least one week more than 40% of the time while hitting the injury report nearly 70% of the time.

If you’re betting overs, you need to be confident the line is way off.

You can also check out some of our season-long prop work from lines released earlier in the season:

Let’s jump in with a look at the receiving lines for Lions WR Kenny Golladay and Vikings WR Stefon Diggs.

This is not so much an injury-risk play on Golladay as it is the fact that pretty much everything went right for him as a sophomore last season and he still fell short of this number.

The Lions traded away Golden Tate and his 6.6 targets/game career average after seven weeks, while Marvin Jones was done for the season after Week 10. Leading rusher Kerryon Johnson was also KO’d after Week 11, leaving Golladay as not only the only legitimate pass catcher on the team, but really the only offensive threat for a long stretch of the season, and despite that mountain of opportunity, he still fell short of this line.

Jones and his 5.9 career targets/game are likely to be back, as is Johnson, whose 5.4 yards per carry (third-best among all RBs with at least 100 attempts) virtually demands that he be more involved as a runner in 2019.

The hiring of new offensive coordinator Darrell Bevell also signals the Detroit’s intention to go more run-heavy this year. He presided over Seattle’s offense between 2011-2017, ranking dead last in pass attempts in three of those years.

The Lions ranked 13th in pass attempts last year and 10th the year before. I’d be shocked if they were in the top-half of the league in attempts in 2019.

To sum up, Golladay will have more target competition in a lower-offense volume. I think it’s going to be difficult for him to top last year’s numbers.

Diggs is one of my favorite players and a guy I am heavily invested in for fantasy football purposes, but I still think he’s a dog to hit a thousand yards.

He did it last year, but only just barely (1,021 yards on a hefty 149 targets). It was the first time he hit the 1K mark in his four-year career, and it’s no coincidence that it was also the first time he’s played 15 games.

While he’s never suffered any serious injuries, it’s seemingly always something with Diggs:

Sports Injury Predictor projects him to miss 1.1 games in 2019. The injury risk alone isn’t enough to put me on the under, but combined with a dramatic switch in offensive philosophy, and I think it’s the clear play.

Late in the year, head coach Mike Zimmer made it clear he wasn’t happy with his offense’s free-wheeling ways. And after firing offensive coordinator John DeFilippo after Week 14 last year, pass attempts fell by a dramatic 32.2%. 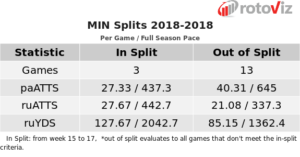 Diggs went from 10.4 targets and 76.3 yards per game to 7.7 targets and 35.3 yards after DeFillipo’s firing. While it’s a small sample, it’s also clear the Vikings want to run more in 2019, and with a healthy Dalvin Cook and having used a first-round pick to upgrade the offensive line, they’re likely to do just that.

I expect to see the Vikings passing volume take a dip this year, making it less likely Diggs can hit 1,000 yards again, even if he does manage to stay healthy.