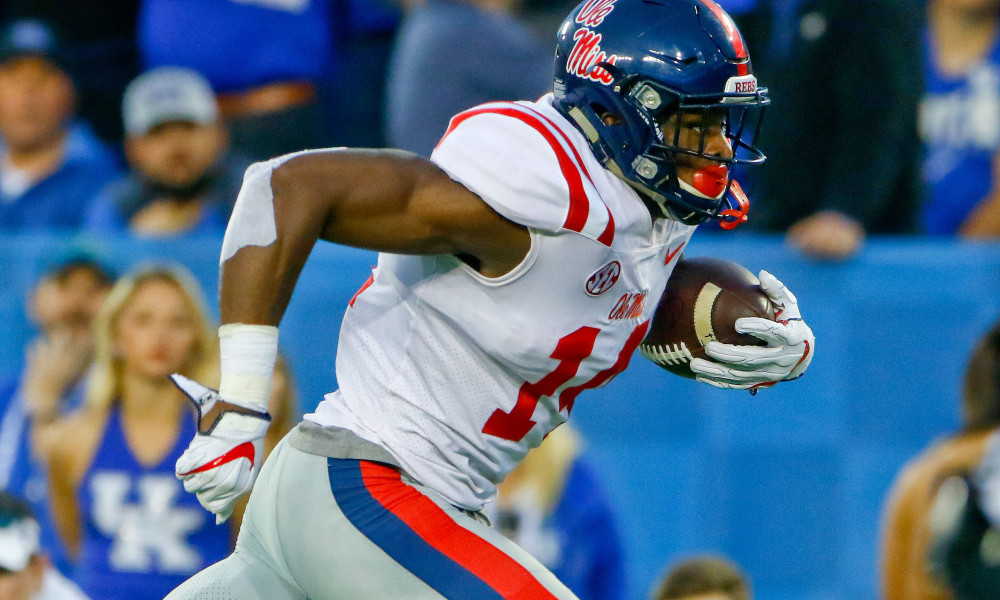 The 2019 wide receiver class is being heralded as the deepest class since 2014, but will that depth translate into first round picks?

There’s a narrative that with so many good WRs to choose from, teams will wait until the second round to address the position. Even with so many good prospects, not a single one is viewed as a first-round lock, so how many can we reasonably expect to be drafted by the 32nd pick?

Also be sure to check out more of our NFL Draft Prop Content:

Sign up for our premium Slack chat and don’t miss a prop heading up to the event.

WRs Drafted In The First Round

Just after the combine, the O/U for this prop was actually set at 3.5 WRs, and you had to pay -134 to get the over. There hasn’t been much that has changed for the WRs themselves since then, but the buzz around other positions has gradually pushed the number down to where it is today.

It has finally gone too low.

Let’s start with this fact — only twice in the last 10 years has there been fewer than three WRs drafted in the first round. Bad classes? No problem. Teams still couldn’t keep themselves from drafting some old, athletic bust at the end of the first round (looking at you Breshad Perriman).

What about the fact that only two WRs, D.K. Metcalf and Marquise Brown, are attending the draft? The number of WRs selected in the first has been greater than the number attending in each the past five years, with the exception of 2014, when seven WRs attended the draft and five were selected in the first. [1]A ridiculous 30 total players attended the draft in 2014, ensuring that many of them would be left out.

Lack of WRs attending the draft shouldn’t scare us off the Over here.

Part of what makes this class stand out from recent years is the sheer size of the top prospects. Over the past four seasons, there have been only three WRs drafted in the first three rounds that weighed in over 220 pounds. This class alone has four such WRs that look like locks for the first two rounds, and four more that could also make their way in there.

Why is this important? Research over at RotoViz confirms what we’ve always suspected — teams love drafting big-bodied WR1 type players and tend to spend more draft capital on them than their smaller counterparts.

While this doesn’t help a diminutive player like Marquise Brown, it makes it that much more likely that a player like Hakeem Butler could sneak into the back end of the first round on draft day.

I wouldn’t call this bet a lock, but there’s definitely value at the current number. At -150 we’d be looking at a 60% probability, and I think that may be closer to what the true odds should be. I’d bet this down to -150 but think the value is tapped out at that point and wouldn’t go any lower.